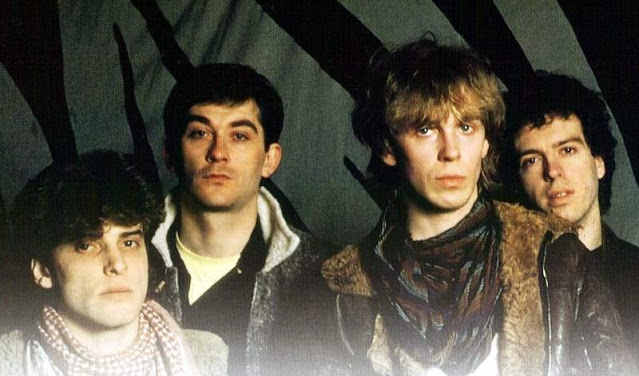 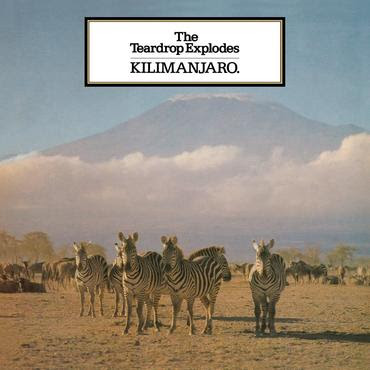 This was a most impressive debut album - an unusual hybrid of Dexy's-style brass, new romantic musicality and post punk bleakness. The group never quite made it, however, and neither did this album, save with the cognoscenti, who, to this day rate it both as one of the greatest albums of the eighties and as one of the best ever debuts.

There was also an arch, pretentiousness to singer Julian Cope that was guaranteed to grate with some, a bit like with Dexys' Kevin Rowland. Despite that, though, I have to say that this is a vibrant album that passed me by at the time, apart from the singles, which was a shame because its great. Silly name for a group, though, and typical of the time and sub-genre.

Ha Ha I'm Drowning kicks things off with a huger, thumping, brassy and bassy stonker of a track. The drums on it are great too, particularly the rolling bits near the end. Sleeping Gas is also extremely upbeat and catchy, keeping the lively start going.

Treason has one of those typically new romantic bass lines and vocal delivery. It was the group's second most successful track, featuring a chorus straight out of 1981. Many a new romantic group would follow its lead. Second Head is also just so early eighties - listen to that throbbing bass line and pounding stereo effect rolling drum sound. It is another really good track. There are hints of early U2 on many of these songs too.

The longer, grinding Poppies In The Field ploughs more of a sombre post punk furrow with Joy Division, early Ultravox and Siouxsie And The Banshees echoes in the backing. It has a haunting sonorousness to it and I love the rumbling mid-song bass-drum solo. Then we get some unexpected piano. Nice one.

The short, sharp and punchy Went Crazy has a brassy, funky and energetic sound that early Spandau Ballet were surely influenced by. Cope's vocals are suitably haughty, as befitted the sound of the time. He could insert a bit of a punky sneer into his delivery at times, however. Brave Boys Keep Their Promises is cut from the same cloth with a bit of a hint of The Cure about it.

Cope tells us that he was an energetic new-born on Bouncing Babies, a further song that very much summed up 1981-82. "Now I'm a bouncing bomb, won't you come and diffuse me, before I kill someone..." he proceeds to proclaim, somewhat bizarrely. Books was co-written with Echo And The Bunnymen's Ian McCulloch and they went on to record it as Read It In Books, appearing on their debut album, Crocodiles.

Thief Of Baghdad is beguiling and mysterious in that synthy, new romantic sort of way. The lengthy original album closer, When I Dream, begins with a great rolling drum sound and proceeds to sound like Orchestral Manoeuvres In The Dark. Then we get Reward, tagged on to the end of later releases of the album due to its popularity. It was an effervescent, brassily magnificent pop single and has deservedly remained the group's most famous track. That is a high point on which to end my brief look at this idiosyncratic group.

* The non-album track Kilimanjaro has its Adam & The Ants-ish big drum sound appeal too. 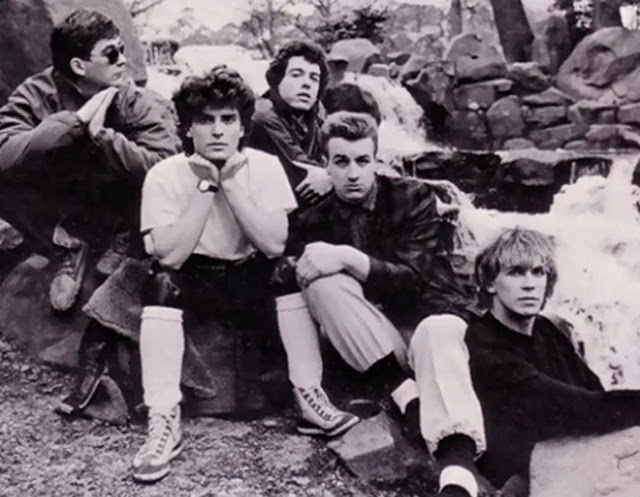