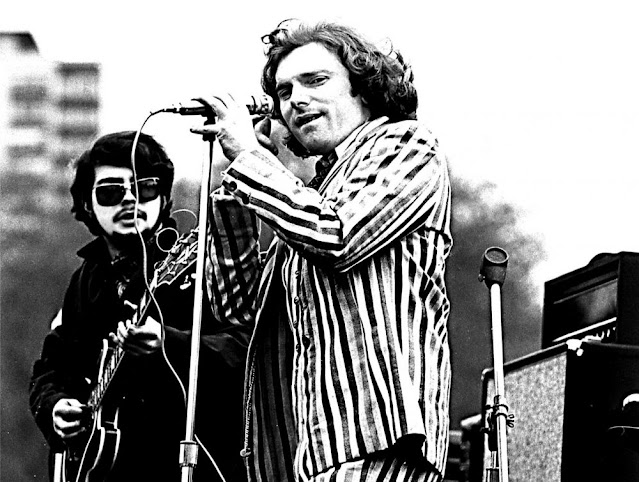 I have selected ten of my favourite Van Morrison albums here. They are listed in chronological order as opposed to in order of merit. I prefer it that way, as I am always changing my opinion. 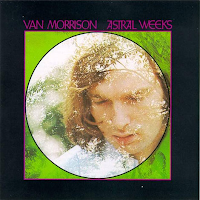 After some what would prove to be somewhat typical legal wrangling and general bad feeling with Bang Records regarding the rights to most of Van Morrison’s back catalogue thus far, or something like that (too complicated to bother with now), an album was finally recorded. Morrison was now, in 1968, moving clearly away from the fast-paced rhythm and blues that had characterised his output while part of the beat group, Them, and some of his solo recordings from 1967. Rather than going “psychedelic” like so many other groups and artists, Morrison was starting out on a long journey into self-awareness, spirituality and mysticism that would dominate so many of his recordings for many years to come. He was now inspired and motivated by poetry, philosophy, the arts, the countryside and the great works of literature. Musically, his love of jazz, folk and soul would come to the forefront and he would develop a new style of vocal that often involved repetition of single refrains many times - “just a like a, just a like a, just a like a, just a like a, just a like a, like a ballerina...” or however many times he repeated it. It could, in my opinion, get irritating at times, but it was certainly unique and gave his vocals a real recognisability. 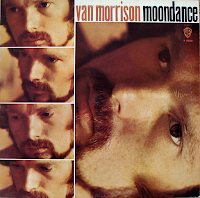 After the phenomenal, unique album that was 1968’s Astral Weeks Van Morrison was back two years later in early 1970 with this seminal album of Celtic soul and jazzy laid-back rock. Later that year, in November, came the introduction to horn-driven Celtic soul that was His Band And The Street Choir, an album that I have always thought came before Moondance, It didn’t, but somehow sounds as if it should have, such is the rawness of that album in comparison to Moondance’s slick professional ambience. Moondance is a marvellous album. Not a duff track on it. Seriously. It is packed full of energy, soul, atmosphere, vitality and excellent musicianship from beginning to end. This 2013 remaster is truly outstanding. As good a reproduction as I have ever heard it - balanced, warm, crystal clear and punchy. This is a very positive, refreshing album. Even the more soulful songs are certainly not mournful. There is a lot of joie de vivre on the album. It never fails to lift the spirits. 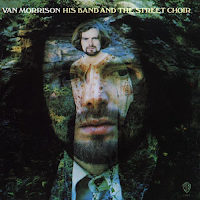 After the sweet Celtic soul of the marvellous and entrancing Moondance album, Van Morrison continued the Celtic Soul Swing even more on this follow-up album. It is a good album, but certainly not the equal of the peerless Moondance. It sounds more raw, more obviously horn-dominated, without quite the clarity of sound, versatility of musicianship or diversification into soul and jazz of its predecessor. As regards the title of the album, it certainly is a clunker. Wordy and clumsy. However, when I was first properly getting into Van in the early 1980s, - checking out his back catalogue - it was the album's name which caught my eye - something seemingly credible about the name "street choir" I guess. Sounded sort of Springsteen-ish, I thought at the time. 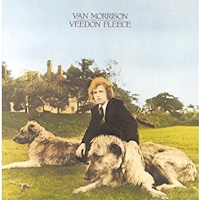 This was Van Morrison's most Irish roots-influenced album thus far in his recording career. By now living in San Francisco, and seemingly feeling wistful about Ireland, he re-discovers his Celtic soul and blends it with the stream of consciousness lyrical style that so dominated his late 60s/early 70s output. Morrison himself has pretty much disowned the material on here, which is a shame as it is an album that has a definite “feel” to it - mid evening and thoughtful. as I mentioned earlier, tracks from here rarely appear on “best of” compilations. I find it always worth dipping into every now and again. The sound is a bit hissy at times, but it doesn’t seem to matter, really. It is probably quite a credible thing if asked to name your favourite Van Morrison album to say Veedon Fleece. 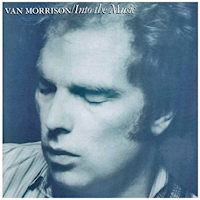 This was one of Van Morrison’s most accessible and popular albums. Oblivious to the fires of punk burning all around him, Morrison produced an album that is probably closest to his It’s Too Late To Stop Now Celtic Soul Orchestra ideal from 1974, but maybe without quite so much reliance on brass backing. It features lots of catchy, lilting tunes, and plenty of Gaelic musical airs and inflections. It is a sort of rocky Irish blues. Notably, it is also more acoustic and folky than the previous album, Wavelength, which was dominated by its punchy brass sections. Apparently Morrison would walk through fields in the Costwolds, where he was living at the time, acoustic guitar in hand, composing songs as he walked. He looks back on the album positively (something that not all of his albums receive) viewing it as the point "when I got back into it - that's why I called it "Into The Music...". It is clearly a happy, vibrant album, full of lively, upbeat songs. 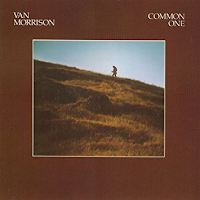 This album was about as far removed from a conventional “rock” album as it was possible to be - utterly uncommercial and outside the pop mainstream. Seemingly oblivious to contemporary music trends, Morrison once again delves into his old favourite - that stream of consciousness, together with spirituality and the quest for peace and enlightenment. Morrison describes this as his favourite of his many works. One could even say he attains a state of grace within it. Musically, instead of the more familiar Morrison rhythm and blues, we get jazz stylings, soulful horns and Pee Wee Ellis’s ubiquitous saxophone. 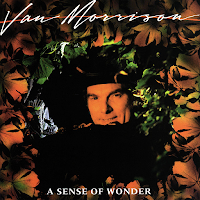 Van Morrison's three early/mid eighties albums, Beautiful Vision, Inarticulate Speech Of The Heart and this, 1985's A Sense Of Wonder follow a similar pattern - some copper-bottomed, piledriving slices of horn-driven Celtic soul, some tranquil, floaty instrumentals and some laid-back, spiritual almost recitations, where Van is in earnest pursuit of the unknowable. The albums are wrapped up in a desire to reconcile the quest of the Celtic soul, his Irishness and his infinite quest for spiritual fulfilment. These are very much his "new age" albums - full of name checks of poets, philosophers, philosophies, doctrines, mystics and his favourite R'n'B/country/jazz artists. There very personal albums and set the tone, in many ways, for the forthcoming albums over the subsequent three decades. Van sets out his message, whether you want to listen or not. It all started here, far more than on his seventies work, which tended to vary from album to album. Morrison himself stated at the time that his music was now increasingly intended "as a means for inducing contemplation and for healing and uplifting the soul...'. It has always baffled me how such sensitivity was often expressed, particularly via his lyrics and music, by a man who, at times was so "difficult" and even boorish, rude and truculently sulky. He truly is one of the great living conundrums. 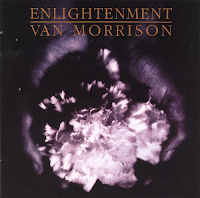 Some have said that this album does not match the heights of Avalon Sunset. I disagree, actually preferring this one. Somehow I feel it is a more rounded, fulfilled album, although I am finding it difficult to explain exactly why. As appealing as Coney Island and I'm Tired Joey Boy undoubtedly were, they are much shorter than the material on here. The songs here are just more realised, for me. I feel also, that this is a very soulful album. Because he puts out albums with such regularity throughout his career, it is easy to dismiss some of them as "just another Van Morrison album". Personally, I don't think this applies to any of his albums. Hell, it's Van Morrison. There is always something to be gained from all of them. 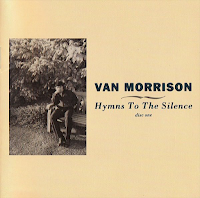 I read recent a critic saying something along the lines of "what possessed Van Morrison to put a couple of 19th century Christian hymns on a rock'n'roll album?". Well, I have to say this - it is not a rock'n'roll album". It is a Van Morrison album. For better or worse, it is a double album and suffers the fate of all double albums in that most agree that it could have been condensed into one album. Yes, the hymns are on there, but they add to the appeal of an album that is largely taken up with feelings of nostalgia for days gone by, and they fit the bill perfectly, as they provided a musical soundtrack for the young George Ivan Morrison. There are other blatantly nostalgic pieces on the album too and also examples of the world-weary, cynical, moaning Morrison, as he bellyaches about those within the music industry he perceives as having done him wrong. Music is about memories, Van Morrison knows that better than anyone, particularly on this album. 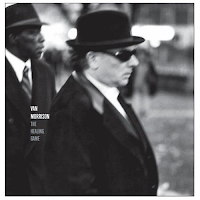 Van Morrison is once more on a nostalgia trip here, on way is a mighty uplifting and impressive album. He looks back to the days of harmonious singing in the streets on the vibrant, soulful The Healing Game, to the Belfast of his childhood on the evocative, rhythmically insistent Burning Ground and gets all reflective on the gorgeous, Stand By Me-influenced It Once Was Me and the beautiful, sensitive Sometimes We Cry. The album is packed full of strident horns, saxophones, harmonious facing vocals, organ breaks and sumptuous piano. It is Van Morrison's own brand of soul. While not of the upbeat Celtic Soul of the seventies, it is Morrison soul updated for the nineties and it is slightly slower-paced and stately in its execution.

To read my in-depth reviews of all of Morrison's career, click here:-