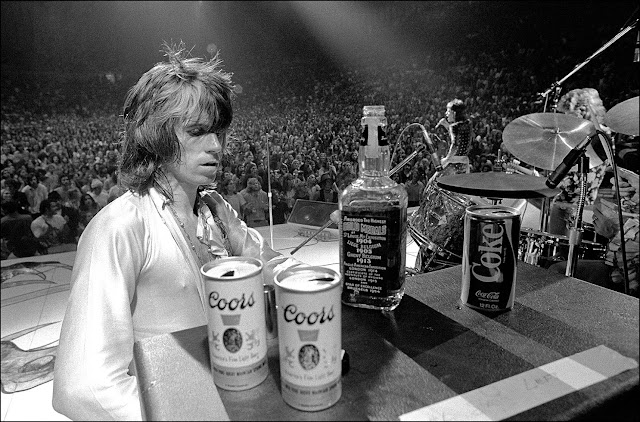 These are ten of my favourite Rolling Stones albums. They are listed chronologically as opposed to in order of merit, I prefer it that way as my favourites are always changing their order. I have also attempted to span their career with my selections. 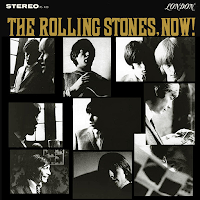 This is another of those US-only early Rolling Stones releases, coming just after the UK release of Rolling Stones No. 2. It was released on CD by ABKCO in 2002 with three of the tracks in stereo - Heart Of Stone, What A Shame and Down The Road Apiece. They all sound incredibly good it has to be said. Sixties stereo at its very best. The others were in mono, but also of seriously good quality, particularly the crystal clear blues of Little Red Rooster, the cod-Southern States drawling Down Home Girl and Chuck Berry's rocking soul/blues of You Can't Catch Me. Indeed, Rooster in mono is a thing of aural beauty. This was a fine album, actually, a nice mix of solid blues covers and Jagger/Richards originals. The sound quality is the best of the four UK and US albums released thus far. It is my favourite collection of songs on these early Stones albums. You simply can't beat Little Red Rooster, Down The Road Apiece, Off The Hook, the blues of Pain In My Heart and You Can't Catch Me are all personal high points. The bluesy early Stones at their very best. I will never tire of giving this album a listen. 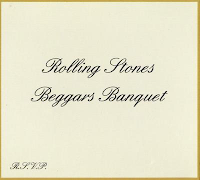 After the ill-advised and uncharacteristic venture into psychedelia that was 1967's Their Satanic Majesties Request, The Rolling Stones were in dire need of a re-discovery or reassertion, whatever the case may be, of both their image and their musical roots. They needed to get away from the counterfeit feelings of "community" and hippy love for all that they seemed to have drifted into, almost unwittingly. Musically, they needed to forget about matching The Beatles, forget psychedelia and get back to their blues rock roots. They did exactly that with this, one of the "big four" albums that straddled the end of the sixties and the beginning of the seventies - Let It Bleed; Sticky Fingers and Exile On Main Street. Blending blues rock with nods to early delta blues and Americana-style country music they adopted their "bad boys of rock" personae once more and became the band parents didn't want the children liking, the band that was indeed the spawn of the devil. 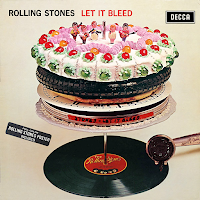 The Rolling Stones said goodbye to the decade that spawned them, the sixties, with another of their "big four" albums that straddled the turn of the decade that had begun so successfully with the previous year's blues rock masterpiece that was the magnificent Beggars' Banquet. With the emphasis a bit more towards "rock" than "blues" on this album, it is pretty much the equal of BB in many ways. Overall, this album was The Rolling Stones at their absolute best. For me, it probably beats all the others - just. 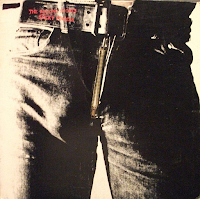 The Stones began the seventies as they would carry on through the decade - drug-addled, indulgently decadent, slightly bitter and cocksure. This album magnificently sums all that up - they met the Devil at the crossroads and in return for staying true to their blues roots they had to promise to take lots of drugs. They do that to the max on this largely bluesy but also blatantly narcotic corker of an offering. You simply cannot beat the riffy, sleazy glory of Brown Sugar, can you? Dodgy lyrics and all. It is up there as a candidate for the best Stones song of all time - the iconic opening riff, Jagger’s leery vocal, Bobby Keys’ blistering sax - I’m no schoolboy but I know what I like...and I have done since 1971 when I was one. Some have criticised the song for its more obvious commercial sound compared to the rest of the album. Sometimes some critics astound me - so it’s catchy, lively and gets you off your feet - so it should, it’s The Rolling Stones. Along with Let It Bleed, its predecessor, this has a strong case for being The Stones’ best album. I might just plump for the former, but only just, for this one kicked off the seventies in superb rocking, chunky blues fashion. 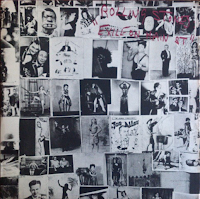 The final album in the quadruple set of superb Rolling Stones albums that included Beggars' Banquet (1968); Let It Bleed (1969) and Sticky Fingers (1971). While Sticky Fingers had been a dynamic thump of what was to become typical Stones blues rock, Exile On Main St was an absolute tour de force. Without doubt The Stones' finest album of the seventies, there is a compelling case for its claim to being the finest Stones album of all time. Recorded at the moment in time when The Stones were their most "debauched", the group were by now gnarled old veterans of the rock music scene, having outlived The Beatles already by two years. Along with Led Zeppelin, they were the "big" rock group of the early seventies. They lived it too, the drugs, the drinking, the private jets, the women. Recorded largely in a sweltering hot basement in Southern France, the album has often been labelled a work of lazy, rough and ready, don't give a whatever genius. In many ways this is true, the sound has always been a bit muffled and it plays like one long drinking and rocking session. 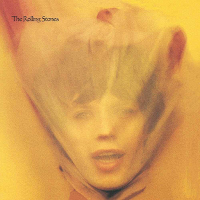 This somewhat enigmatic, beguiling album has always suffered as the follow-up to the towering Exile On Main Street. Goat’s Head Soup has never been given too much credit. It has been criticised for being lazy and for having a muffled, muddy sound (even more so than Exile). The latter is undoubtedly true, and no amount of remastering will make any difference to that. However, it is not really a ”lazy” product. “Louche” (definition: disreputable or sordid in a rakish and appealing way) is maybe a far better description - looking at that definition it would seem perfectly apt. Time, however, has seen many attitudes softening towards the goat, amongst fans and music writers alike, which is pleasing, because I have always liked it. Decadence and excess, drug abuse and jet-setting rock star celebrity glamour was what The Stones were all about now. This album was a huge bridging point in the public’s perception of them, and indeed of the dynamics between themselves - particularly Jagger and Richards, as they now moved in clearly defined different directions. Richards despised Jagger’s swanning around and Jagger had no time for Richards’ voluminous drug consumption. That said, the dirtiest, most decadent songs on the album are obviously Jagger’s and the tenderest ones surprisingly Richards’. This dichotomy is no better exemplified than on Jagger's malevolent Dancing With Mr. D and Richards' beautiful Angie. Recorded initially in Jamaica, largely because it was one of the only places that would take the group (particularly Richards) and their drug-fuelled potential for narcotic criminality. After several busts, he felt he couldn't return to the UK at the time and the USA was out of the question for a while. The sessions were fraught with tensions - the general dangerous nature of the area, continued drug use from many of the musicians involved, too many hangers-on and intra-band rows and discontent. With all that was going on it was amazing that an album was created at all. 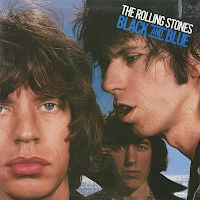 Another somewhat maligned Stones album - it seems as if everything post - Exile On Main Street is viewed disparagingly, which is something of a shame. Just as with the solo work from the members of The Beatles, Bob Dylan’s post 70’s work, or The Beach Boys' post Pet Sounds work, everything is measured against those classic periods in the group/artists’ career. It means, unfortunately, that sometimes, perfectly acceptable albums get the brush off from critics and fans alike. Black And Blue is by no means a bad album at all. Yes, maybe the band had become a bit lazy and were enjoying the “rock star” life a bit too much, but that was not surprising. I should imagine some of the fire does go out. It would appear to be the case as it has happened to pretty much every major artist over many years. In December 1974, just as recording was due to begin for this album, underrated guitarist Mick Taylor abruptly left the group, leaving them in a bit of limbo. Despite that, though, as they always seemed to do, the arch pragmatists got by and produced an album that is a favourite of mine, at least. 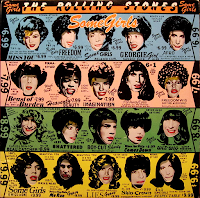 In 1978, the disco boom had taken over the charts, thanks to the previous year’s Saturday Night Fever and everyone, it seemed, from Abba to Roxy Music were encouraged to put out a disco influenced single. Why, even The Stones got in on the act. The result was the extremely impressive bassy disco/funk groove of Miss You, which showed people that they were able to diversify. The track has a totally sumptuous bass line and a superbly catchy chorus backing vocal. It was a huge hit. Overall, Some Girls is considered to be the band’s best offering for six years, since 1972’s Exile On Main Street, although personally I prefer its three predecessors. It taps into the contemporary disco vibe, but also features keyboards prominently and also exploits a bit of punk's attitude and energy. It is probably the least "riffy" of the band's albums, with guitar work giving way to grooves, to an extent. Despite that, as any Stones trivia-nut will tell you, this was also the first album to feature Ronnie Wood as an official full band member. Despite the album coming out at the height of punk, the music cognoscenti respected it, so too did the punks. So much for “No Elvis, Beatles or The Rolling Stones..” - it seemed some of the contemporary trend for criticising The Stones was waning, giving way to an "elder statesmen"-style respect and a kindred spirit love for Keith. The album also attracted some mainstream and disco fans along the way too. It seemed to go down well with everyone. 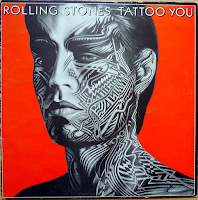 This was a not a "new" album from The Rolling Stones in that it was a collection of rejected songs that had been recorded for possible use on earlier albums, dating as far back as 1972. Having said that, they are all tracks of a high quality. In my view, there is not a duff track on there and all of them would have considerably enhanced the albums they were initially recorded for. Although not a "new" album, it certainly plays like one, to be fair, and doesn't seem like a collection of cast offs. It is by far the superior to Emotional Rescue and Undercover. It is a good album, no doubt about that. 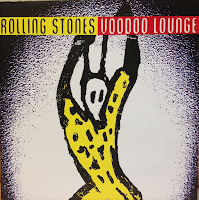 It is an unfortunately popular cliché to condemn this album, comparing it to Let It Bleed or Exile On Main Street and saying that it is one of the worst Rolling Stones albums. I have to say I disagree. I think it is a more than reasonable album. Comparisons with their outstanding past work are actually pretty pointless. Just listen to this album and decide whether it rocks or to. In my view, it does. It had been five years since Steel Wheels, their previous album, and the first two lead off tracks are seriously powerful. A great return from The Stones, whatever anyone says.

Check out my in depth reviews of The Stones' career here :-