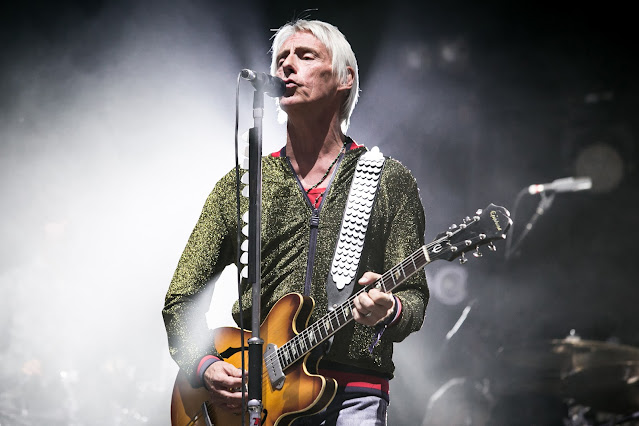 I have selected ten of my favourite Paul Weller albums here. They are listed in chronological order as opposed to in order of merit. I prefer it that way, as I am always changing my opinion. 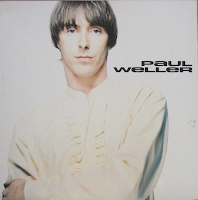 After a nearly four year hiatus following the failure of The Style Council’s venture into house music with 1989’s Modernism: A New Decade and the subsequent split of the band, Paul Weller returned after a rootless period in which he contemplated packing it all in. He had, actually, still been pretty active during this time, gigging and recording, it was just that whatever he had been up to went under the radar. He had become something of a forgotten man. Weller had begun gigging again in 1992, with a totally new band, playing tiny venues and showcasing new material. After the highly politicised light jazzy pop of The Style Council, it seemed Weller had spent four years listening to Traffic’s late 60s/early 70s catalogue along with other 60s R’n’B acts and he returned with a “rock” format, which although retrospective in many places, was also very much of its early 90s era - one of the forerunners of “BritPop”. Weller began to be known as “The Modfather” during this period, bestowing on him an “elder statesman” status that seemed slightly odd, as he had once been dubbed “the spokesman for a generation”. The album is a good one. Full of nostalgic, bucolic lyrics inspired by a return to his home town of Woking and the beauty of the surrounding Surrey countryside. This was an artist wanting to show that he had found a certain amount of inner peace, Van Morrison-style. 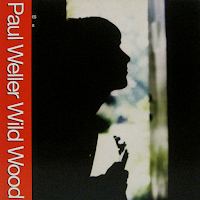 As is pretty well known by now, around this time Paul Weller got into the pleasures of rural life and became a much more laid-back character (to a certain extent) than he had been earlier in his career. The hard-edged punky r'n'b of The Jam was long gone by now, as was the cosmopolitan, tuneful white soul of The Style Council. Actually, even the jazzy, light funk tones of his excellent debut album had been replaced here by a tougher, heavier, guitar-driven sound leaning heavily on 1970s era Traffic for inspiration, often clearly so. Lyrically, Weller went all bucolic, and references to "mountains", "sunflower", "woods", "weavers", "boats", "country", "sun", "season" and the like are highly prevalent here. You just get that feeling of Weller and his band lazing around in the summer of 1993 in the Oxfordshire countryside and laying these tracks down in a relaxed frame of mind, despite the edgy nature of some of the tracks. It just has that air of a relaxed time about it. All reviews must use the words "bucolic" and "pastoral", it seems, and I duly have. 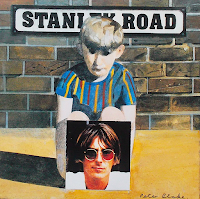 After 1994’s bucolic, late 60s/early 70s Traffic-influenced Wild Wood album, Paul Weller’s third solo album was more of the same, to a certain extent. Personally, I find this album more accessible, its tunes more melodic, less scratchily gritty(if that makes any sense whatsoever!), and there a bit more of a sort of tuneful commerciality about it. The title is the road in which Weller grew up in, in Woking, Surrey. I have been to Stanley Road (it is near the railway line to London) and it doesn’t quite “go on and on” as Weller says in the title track, although as children, all roads go on and on. The cover is a collage of iconic images, a bit like used on the inner sleeve of The Jam’s All Mod Cons and on the rear cover of The Style Council’s Our Favourite Shop. It is still a largely guitar-driven album, but there are lighter, more melodious moments than on Wild Wood and more use of piano, keyboards and also some extended jams in a few places, that are not as irritating as some have suggested. I find the album a lot less intense and introspective than its predecessor. 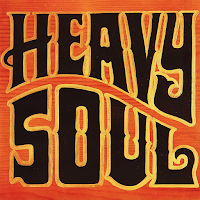 After the jazzy folk rock of his 1993 debut album, the rusticity of Wild Wood and the solid, rocking Stanley Road, Paul Weller went even heavier, to coin a phrase, with this 1997 album. The title summed it up perfectly, it was indeed Heavy Soul, full of deep bass lines and industrial strength drums. It is, in fact, one of my favourite Weller albums. Weller’s vocals on this album are as good as they have ever been here and there is a real power to the sound, mixed with a rich warmth, it is one of the finest sounding Weller albums, for me. For some, however, it was seen as an album that didn’t really go anywhere and it did not have the broader appeal that Stanley Road did, which was a shame, because I think it is excellent from beginning to end. Indeed, I prefer it to its predecessor. 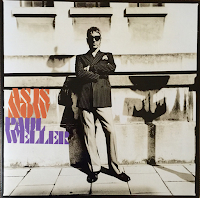 2005’s As Is Now is quite a folky album in places. Yes, there are some rockers, but there are also some lighter airy, acoustically-driven, almost jazzy, folky numbers. It is probably Paul Weller’s most jazz-influenced album to date, and, actually, one of his best. After this came the “experimental” and “challenging” albums. This is probably the last of the Paul Weller albums from the artist we had got to know in the nineties. Thereafter came all sorts of material. Here, he was still the solid Weller you could rely on, not trying to push any boundaries in the way he would do, post 2008. I admire his later work, but there was always something reassuring about these albums and actually ploughs several new furrows on here, to be honest. 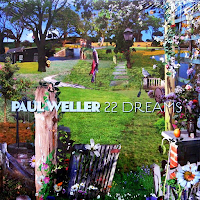 Paul Weller broke the mould of several albums in a row following a sort of similar format (although nowhere near as formulaic as the accusations that have been regularly levelled suggest, to be honest) and came up with this cornucopia of an album. It is a veritable "chocolate box" of different styles, ambiences, moods and musical themes. Yes, it is also somewhat sprawling and probably goes on just a few tracks too long. A cull of just a few songs would not have harmed it particularly. Yes, it is also indulgent, but what the hell, Weller felt like it. He felt like experimenting, and does so on the album to great effect. 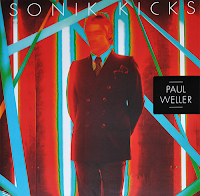 A strangely addictive album, this. In many ways an improvement, certainly sound-wise, from the often tinny, overloud Wake Up The Nation. Here, the sound quality is much more pleasing on the ear, warmer, more bassy, less clashing and is the better for it. It is a stylistically diverse melting pot of an album and I have always really liked it. It is pretty impossible categorise the music, actually, it is like nothing Weller had done previously, although there are some recognisable traits. As is often the case with albums I like the most, I find I write the least about them. 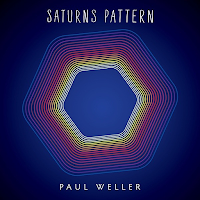 After the adventurous but somewhat sprawling albums of 22 Dreams and Wake Up The Nation, and the short sharp experimental electro-pop of Sonik Kicks, Paul Weller returned with this nine track, concise, more traditional “album” format. Because of that it feels that it has more of a cohesive feel. He had also dispensed with producer Simon Dine, thank goodness, as far as I was concerned. The music is, in many places, just as experimental - all sorts of noises, tape loops, psychedelic guitar, dreamy folky periods, Northern Soul stylings, Beach Boys piano, voice changes, mood changes within the same track. All makes for something of an intriguing cornucopia. 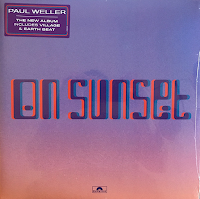 Paul Weller is back, after his gentle acoustic adventure, with his most ostensibly soul-influenced piece of work since his Style Council days (and possibly his debut solo album). Now looking like a cross between Iggy Pop, Johnny Winter and a leathery old Native American, Weller goes back on occasions to some of his formative influences - Curtis Mayfield and Philadelphia soul in particular - as well as continuing to dip into a more contemporary groove on a more than a few occasions. It seems to be the stock comment on the album to say that it is a "soul" album. For me, it is not, although it clearly has some soul influences. First and foremost, however, it is a Weller album and it is my favourite album of his since Sonic Kicks. Whatever the music is categorised as, it is really invigorating, refreshing even, to hear Weller sounding so soulfully alive. Although the album's general feel is retro, it is a modern retro, if that doesn't sound too contradictory. 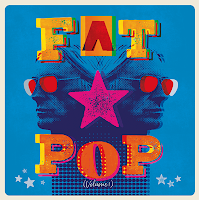 It only seems like a few months since the last Weller album, On Sunset - I haven't even properly given that my full attention yet and here comes another one. Twelve tracks, thirty-eight minutes of concise, appealing and lively pop-funk-soul sort of stuff. It's actually quite difficult to pigeonhole, other than it is breezily listenable and really enjoyable. That admittedly sounds a bit lame, but that's all I can come up with. I'm playing it again and again, which I guess says it all.

To read my in-depth reviews of all Weller's albums, click here :-