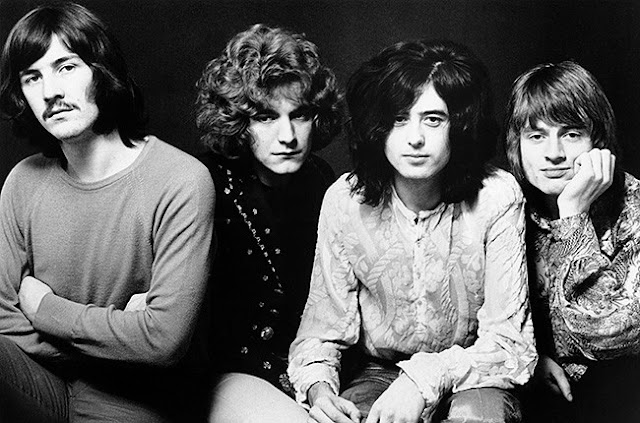 These are Led Zeppelin's studio albums, together with introductions from my longer reviews (which can be accessed here) :- 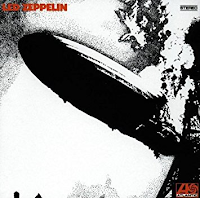 Released in very early 1969, Led Zeppelin's first offering was incredibly ground-breaking. A mix of rock and blues with clear folk influences and a bit of late 60s psychedelia thrown in. Only Hendrix and Free played blues rock with anything approaching the soul, feel and raw electric full-on power as this. It is still my favourite Led Zeppelin album. That bit two minutes into Dazed And Confused, where it goes quiet and Bonham's for once subtle drums back Robert Plant's haunting wailing and Jimmy Page's strange violin-guitar noises is classic Zeppelin - introduced to us here for the first time. The bit where the band kick back in at 3:35-ish is phenomenal. No wonder the music world sat up and took notice. 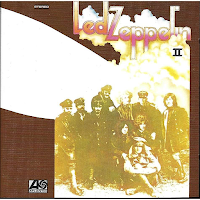 Following on quickly from their stunning blues rock debut, Led Zeppelin were back with more of the same. Some of the rough edges ironed out from the first album (although it still retains a rough and ready appeal), this album has been regularly quoted by critics as being one of the most influential albums of all time. It is a album of blues-influenced heavy rock. There are not quite as many drawn-out slow blues rock numbers, though, the run of tracks from Heartbreaker to the catchy Living Loving Maid to Ramble On - why they are almost commercial. Most of the songs are defined by their guitar riff as opposed to the chorus or verses. Yes, we can all sing “I wanna whole lotta love” but we sing “da-da-da-da-dahhh” a lot more. Heartbreaker is similar in that respect - crammed full of riffs. As is the whole album. 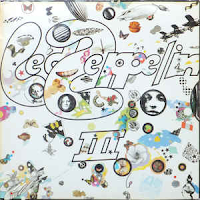 Rather than release more of the same, Led Zeppelin turned things very much on their head with this, their “acoustic, folky” album. This album saw a clear change in focus for the band from late 1960s hard rock to a more folk influenced and acoustic sound. These styles had been present to a lesser degree in the band's first two releases, (Black Mountain Side from I and Ramble On from II) but here they received the main emphasis, and would remain prominent to various degrees in the group's later albums. This development is said to have endeared the band to many folky, bearded, cheesecloth-wearing prog-rock fans who would never previously have listened to Led Zeppelin's established blues and rock repertoire. With this album the group's songwriting dynamic also changed, from Jimmy Page's domination of the first two albums towards a more democratic situation in which all four group members contributed their own compositions and ideas - patterns that would continue in future sessions and no doubt led to the four symbols (one for each band member) being included on the cover of the next album. 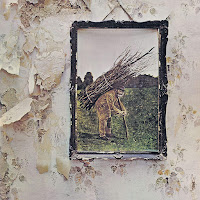 After the blues rock of the first album, the concentration on rock of the second and the supposed folky feel of the third, what were Led Zeppelin going to come up with for their fourth album in just over two years? A bit of everything, that’s what. It was a massive monolith of an album, huge in stature and retrospective critical acclaim but also one that had heavy rock, rock'n'roll, folk and blues all vying for attention. Even the cover emphasises these dichotomies - the rustic rurality of the old man with his pile of twigs on the front, the fantasy mythology-inspired fold out middle artwork, the bleak British council estate on the back and the use of the much-analysed runes-inspired symbols. Overall, there is as much “folky” material on here as there is on III, (something that is often overlooked) and in some cases they are more obviously so. Popular opinion would have it that the blend is fully realised here, however, (“every song has its correct place within the album” and so on). Personally, I prefer III, strangely. Maybe is because it still remains beguiling as opposed to the more familiar sounds of this one. It is very difficult to review albums you know so well. 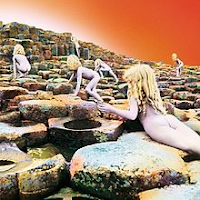 This album was quite a departure from what had been before. The blues were left a long way behind now. It lacks the sheer raw blues power of both “I” and “II”, or the rock/folk diversity of some of III and IV, or indeed, the classic status bestowed upon the latter. Led Zeppelin were now rock gods and they saw fit to release a “big”, potent album full of long, intense tracks reflecting the majesty they now held, plus a few throwaway ones too, that showed that they could now mess around and record whatever they liked. The Beatles got like that on The White Album. Never a good sign. I much prefer the previous four albums to this. The sound is also very tinny and over produced on the treble side of things. Too many layered guitars. John Bonham’s drum sound is very harsh and stark. Yes, he was always loud, but on here he is too loud, lacking in any real subtlety. 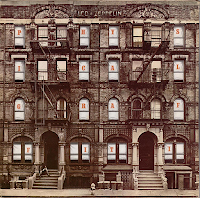 After a two year hiatus following the slightly underwhelming Houses Of The Holy, Led Zeppelin were back with what would prove to be, probably, their last truly great album. It was hailed as a "return to form" and it is, in many ways, although it shows them as being keen to vary and experiment considerably with Eastern influences and funk rock grooves. Many of the tracks on the album, though, had been floating around the vaults for years, however, and were resurrected, enhanced and re-recorded for this album. 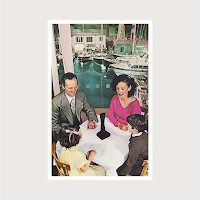 After the previous year's double album behemoth in Physical Graffiti, Led Zeppelin returned relatively soon after the difficult period following Robert Plant's serious car accident (he sung his vocals in a wheelchair). For many, the seven track album that ensued, minus keyboards and most acoustic guitars, was underwhelming, particularly in the contemporary music media. By now they were all jumping on the punk bandwagon. Time, however, has proved to be a healer, and it now gets a far more favourable retrospective re-assessment. Yes, it was frantically arranged, conceived and recorded, but sometimes that leads to an ad hoc, edgy, raw and almost live feeling. That, to a certain extent was the case here. The cover and accompanying inner sleeve pictures, were odd, though, I have to say. Quite what they were supposed to symbolise with regard to the music is unclear. 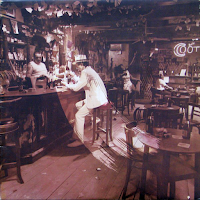 This album was recorded by an emotionally drained Led Zeppelin, following Robert Plant's car accident and loss to illness of his young son. Drummer John Bonham was an alcoholic by then and Jimmy Page was in the throes of heroin addiction. John Paul Jones and plant were "clean", apparently, although Plant obviously carried a huge amount of personal trauma around with him at the time. Plant and Jones managed to lay down most of the seven tracks before Bonham and Page could eventually be found to come in and do their bits. Amazingly, though, it all sounds pretty cohesive. It would, as everyone knows, prove to be their last album. I have read reviews that opine that this was a dark, sombre album. I have to say that I disagree with that. Personally I actually find it their lightest, most "fun" album (strangely, despite everything that had gone on). It was also musically their most diverse thus far. It was not received well by the UK music media, however, with their punk/new wave-centred take on things. The "boring old farts/dinosaurs/time to retire" lines were duly trotted out. The Americans, though, lapped it up. What it was, at the time, was not very relevant to the zeitgeist. Listening to it now, it is fine, but in 1979, it seemed dated. 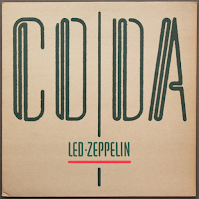 Coda was a retrospective compilation of rarities released two years after Led Zeppelin's split in 1980 after drummer John Bonham's death. The best version of it is the latest one, which features several more bonus tracks than the original album did. Overall, there is some very good stuff on here, not as much as many never-satisfied fans wanted, perhaps, but it is fine by me. 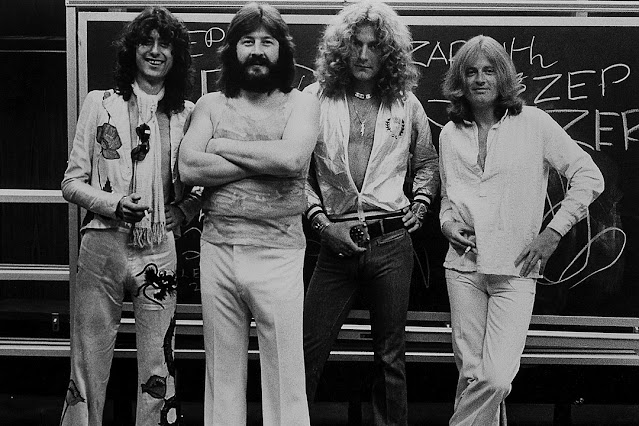