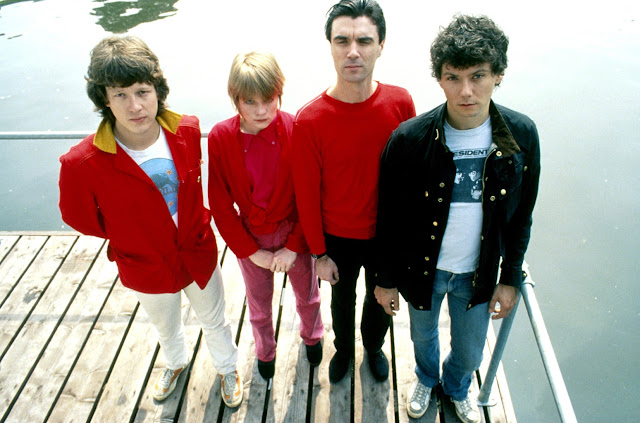 These are Talking Heads' studio albums, together with snippets from my lengthier reviews (which can be accessed by clicking here) :- 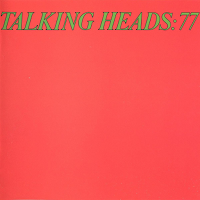 From New York’s CBGB’s punk scene came a surprising oddity - the quirky, post punk before punk had barely begun, band of somewhat dull earnest middle-class studenty-types led by a hyper-active nerdy, oddball lead singer in David Byrne. This was Talking Heads. The like of them had not been seen or heard before - jangly sometimes funky guitars, a solid bass and drum beat, sudden changes of pace, jerky riffs and Byrne’s manic, often unsettling vocal delivery. Nobody knew quite what to make of them. They helped to kill off punk’s anger almost immediately - their music and lyrics were thoughtful and cerebral, not destructive, although they were often downright weird. The times were a-changing already. In many ways they inspired many a post punk band. Their clean-cut, short-haired appearance was de rigeur in these anti-typical rock days and similarly influential. Jonathan Richman had been looking like that since 1972, though, it has to be said. 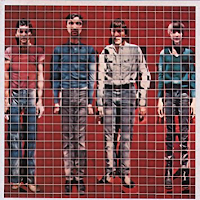 More Songs About Buildings And Food (1978)

This, Talking Heads' second album, was somewhat similar in style and conception to the band’s well-received debut album from the year before, but with subtle differences. There was a slightly more perceivable danceability to the music compared to the starkness of the debut album. Bassist Tina Weymouth and drummer Chris Frantz are more to the fore. Notably, ex Roxy Music member Brian Eno was now the producer. While all these tracks bear hallmarks of the sound developed on the first album they also feel fuller, bassier and more rhythmic. The first nine tracks could all have appeared on the first album but it was on the final two tracks that we saw the band beginning to diversify more than just a little, particularly in their covering a slick, soul classic such as Take Me To The River, which took them away from niche, cult band territory and set the tone for the next album, which would prove to be a ground-breaker. 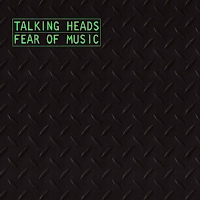 Fear Of Music (1979)
This was the album which saw Talking Heads move away from the guitar-based, quirky vocal three minute song fare of most their first two albums. As well as creating a much darker, bleaker soundscape on many of the album's tracks, they also began to experiment with “world music" rhythms for the first time., something they would carry on doing until the end of their career. This is definitely their edgiest, most post punk album and, for many, their best. Try playing it in tandem with David Bowie's "Heroes". 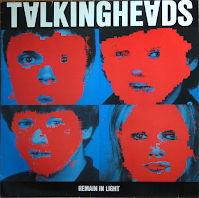 Remain In Light (1980)
By 1980, Talking Heads were now in full tribal dance music meets oddball post-punk band mode and the trends that had crept into their second album and expanded upon considerably in Fear Of Music were now given freedom to roam all over this truly remarkable album. I remember seeing them perform most of this album live at the old Hammersmith Palais on 1st December 1980, they were superb, with a band that increased in size song by song. By the end there were several African musicians joining the group and additional guitarist Adrian Belew. It remains one of my favourite ever gigs. The old “side one” is a stimulating three-track masterpiece of disco/rock/funk where insistent, danceable tribal and Afro-Funk rhythms blend with searing lead guitar, female backing vocals, David Byrne’s bizarre lead vocals and Tina Weymouth’s excellent bass. It is difficult to find words to sum up the brilliance of these three extended tracks that sort of all join together in complete whole - Born Under Punches then Crosseyed And Painless then The Great Curve. Lyrics are random, streams of consciousness, sometimes chanted, sometimes repeated, key phrases emphasised over an absolutely exhilarating backing. The pace or the rhythm never let up for a minute. A remarkable side of music, even now, some thirty-eight years later. "The world moves on a woman's hips...", from The Great Curve, always was a wonderful line. 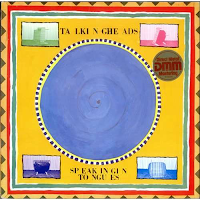 Speaking In Tongues (1983)
From 1983 and no longer using Brian Eno as producer, three years after their previous album, Talking Heads went into full funk rock mode.... The more you listen to it, however, the more you can hear the progression from the foundations of the previous work to this masterpiece of art rock/dance/funk fusion. For me, the two albums partner each other actually. What you don't get on this album is the beguiling mystery of songs like Listening Wind and The Overload. A final point that must be made about this album is that the sound quality was the best yet on a Talking Heads offering - big, full and warm throughout. This was a different, impressive album from a band that was always pushing the boundaries. Nothing really compares to stuff like this, not even really in The Heads' own catalogue. They were unique. This was their dance/funk album but it was one that was overflowing with their own magic touches. Although Remain In Light carries more nostalgia for me, in many ways this may be my favourite Talking Heads album. 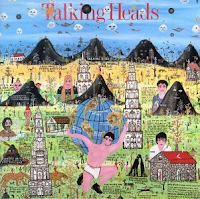 Little Creatures (1985)
Very different from the heavy funk of Speaking In Tongues, this is a much lighter, more poppy and commercial piece of work. Again, the band changed direction while staying within their own recognisable parameters. Yes, it is clearly Talking Heads, but there are notable differences. It was the group's most accessible album, yet it was the most lightweight and is probably the one I return to the least, despite its big hit single in Road To Nowhere, a track I have never taken to as much as many have. 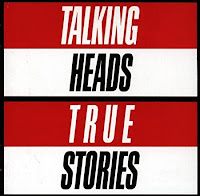 True Stories (1986)
This was an often unfairly overlooked and sometimes criticised album that functioned as a soundtrack for David Byrne’s directorial debut film of the same name. The film is decidedly weird, to be honest, maybe unsurprisingly, but I have always really loved the album. There is some great music on there. It is often considered more of a David Byrne solo album but it is certainly worthy of attention.  All the members of the band play on it so it should be considered a Talking Heads album, for me. It is credited to them. It was released in 1986, two years before the band’s final ‘official’ album, Naked. Incidentally, in the film the songs are sung by various characters. On this album, though, Byrne takes lead vocals. Apparently, he didn't want to do this and always regretted his decision to sing on the album. Personally, I am glad he did. It turns it into a proper Talking Heads album. The songs feature a variety of styles, some which hark back to the band’s earlier albums, some to the group’s interest in world music and there are also dabblings in country. 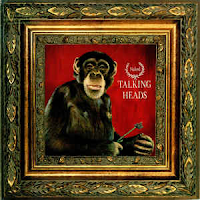 Naked (1988)
For their final album, released in 1988, Talking Heads returned to the African-influenced polyrhythmic sound of Remain In Light. Recorded in Paris, using many different 'world music' musicians, it is a rich, bassy, horn-powered delight of an album. Yet again, it is another new type of sound layered over the distinctive Talking Heads vocal and lyrics. The band had long been influenced by world sounds and now, two years after Paul Simon’s Graceland, these type of sounds were very fashionable. Many a wine bar played this album as suitable “trendy” background music. 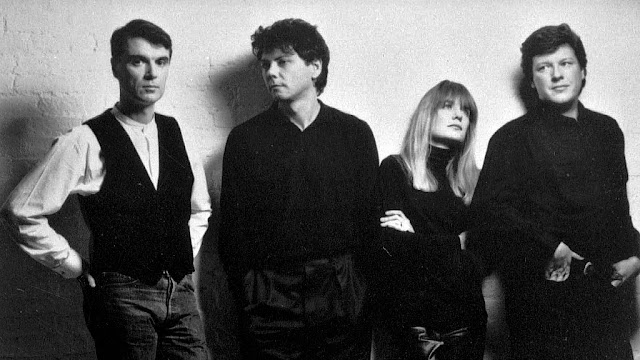