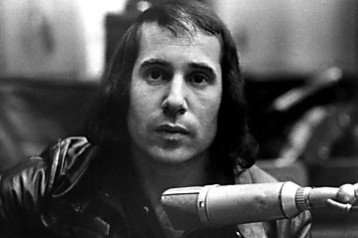 These are Paul Simon's studio albums, together with introductions from my longer reviews (which can be accessed here) :- 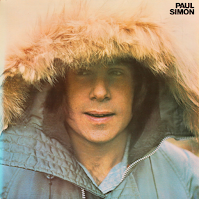 After the demise of Simon & Garfunkel the previous year, Paul Simon cast off the shackles off what Simon & Garfunkel had become - big, dramatic ballads like Bridge Over Troubled Water without the musical explorations and adventurousness that Simon so liked. He had tried to get them into the duo's work, subtly, but now has was free to do his thing. 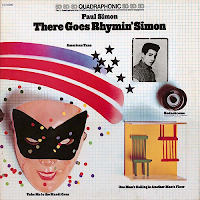 This a delightfully mature and nonchalantly laid-back, relaxing album. Leaving behind some of the reggae rhythms of 1971's Paul Simon, we get a more polished, reflective collection. Everything about the album is pleasant - the gentle melodies and Simon's always interesting lyrics and gentle vocal delivery. Yet, despite all that, I don't feel the album is an absolute classic. It is one of those "wash over you" albums that provides a most enjoyable forty minute or so, but not one that gets you thinking "wow!". Maybe it is because Simon is so good, you just find you expect just a little more. Maybe this is a little harsh, because it is still an excellent album. 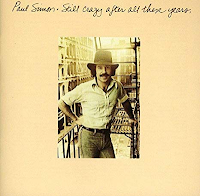 Still Crazy After All These Years (1975)

Whereas 1973's There Goes Rhymin' Simon experimented with various musical styles, this album, two years later, was pretty much played in the same laid-back, immaculately-played and easy late night jazz style. It is a very relaxing album. It was a huge seller, but for me, there are several much better Simon albums out there. It is perfectly pleasant, of course, as all his albums are. It seemed a bit of a "treading water" album to me. Despite that, there was not another album to come for another five years. Actually, maybe I'm being a bit unfair, it does have hidden depths and appeal, requiring many listens. 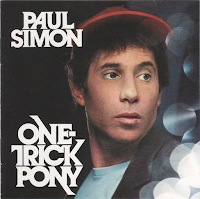 This album, from 1980, contained songs from Paul Simon’s spectacularly unsuccessful movie of the same name, but it was not billed as a soundtrack. It functioned as a straight forward album of Simon with a band. It includes two live tracks within the album, both of which are excellent. The music was culturally completely different to the new wave, punk and disco that dominated 1980. Simon never followed trends, did he? He was all the better for it. The album remains considerably underrated in Simon’s canon. 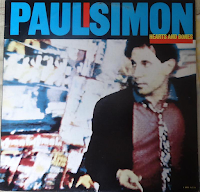 From 1983, this was Paul Simon’s least successful album, which was somewhat of a travesty, as far as I am concerned, because there are some really good songs on it. It was a personal collection of songs related to the rather typically educated-American problem of reaching a perceived middle-age and still dealing with new love and romance. Simon incorporated several contemporary dance-ish beats into the album too, as well as his more traditional sounds of doo-wop. Typically laid-back, mellifluous and subtle it was, for me, a very good album and any criticism it received was quite unfair. Never mind, the big one was only three years away... 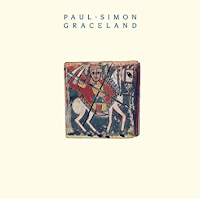 The album that brought Paul Simon back to global super-stardom. Recorded with a host of South African musicians and vocal group Ladysmith Black Mambazo, Simon married his unique lyrical mastery with the lilting, similarly unique, guitar sound of South Africa’s townships. Simon succeeded in introducing what is a marvellous musical style to a greater world audience. Township jive is uplifting, melodic, impossibly catchy and generally inspirational. Considering the often tragic, discriminatory background from which it sprung, its general joie de vivre is utterly remarkable. There was/has been/is a lot of controversy about this album - some seeing Simon as indirectly supporting Apartheid by not boycotting everything to do with South Africa at the time. Or that it took a rich white man to bring the music of the townships to the world. So what? Someone had to, and the world is a better place for it. Simon united musicians and cultures for the sake of music. He should be praised for it. Make no mistake, this was a seminal album. 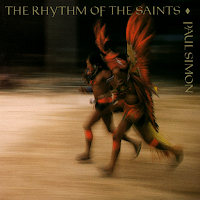 Often overshadowed by 1986's top seller, Graceland, this one did not get the credit it deserved. Having explored the ethnic music of South Africa to great effect on Graceland, Paul Simon took himself off to South America to delve into the rhythms of Brazil and the Amazon Basin, while also including major influences from the culturally and ethnically linked music of West Africa, Cameroon in particular. Beguiling lyrics proliferate about Bougainvillea, families of travelling musicians, injured coasts, cool rivers, and Babalu-Aye backed by the lilting, gentle sounds of Brazilian percussion and guitars, congas, bongos and berimbaus. The musicians are predominantly Brazilian, but there are also several notable US musicians on the album too - blues/roots guitarist JJ Cale, saxophonist Michael Brecker and art rock guitarist Adrian Belew (of Talking Heads and David Bowie fame). This is simply a beautiful, atmospheric album. I never tire of listening to it, even now, twenty-eight years later. 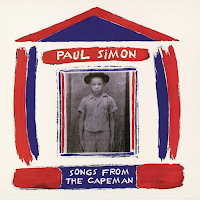 This was a "concept album" from Paul Simon, based on the songs from the musical he wrote, based on the story of Salvador Agron, a Puerto Rican gang member who murdered two teenagers in 1959 in New York City. It has a late fifties, New York "doo-wop" sound to a lot of the music, but, of course, is enhanced by Simon's unique vocals. It is actually pretty good. Critically, it didn't get much praise, which I feel is unfair. There is not much on here that points to it being a bad record. Not at all. Sandwiched in between the South African Graceland and the Brazilian The Rhythm Of The Saints, this is, essentially, Simon's Puerto Rican/doo wop album. Viewed in that way, it is a good record. I think the whole "concept" thing put some people off. I get that, but it doesn't overwhelm the music at all. 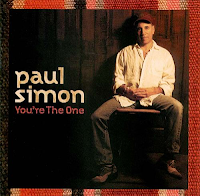 Ten years after the glorious South American-influenced Rhythm Of The Saints, Paul Simon had only released the unsuccessful Songs From The Capeman stage musical project three years earlier. So, this was his first "proper" album in ten years. It is an extremely understated, low-key album, with a strong, pumping bassy sound, but very slow-tempo rhythms. The African/South American influences are still there, underpinning the whole thing, but not obviously so. The album has been described as elliptical in its economy of speech, in its whole low-key, gentle feel. Personally I would say Paul Simon has always been like that. It is almost a trademark of his. He is never "in your face". 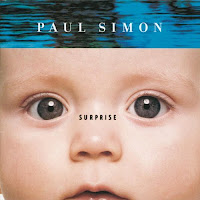 Paul Simon hadn't put out an album for six years when he put this out in 2006. For his "comeback album" he collaborated, some would say surprisingly, with Brian Eno, of Roxy Music, David Bowie, Talking Heads and U2 fame. The result is a beguiling, adventurous, slightly different Simon album that challenges its listener. I guess that is what you would expect from one as avant-garde as Eno. Rather than re-visit the styles that made him successful over many decades, Simon/Eno choose to be ingenious and inventive as opposed to retrospective. It is possibly his most creative, innovative album, but not necessarily his most listenable. 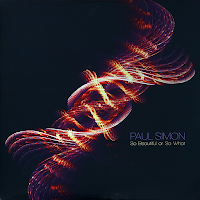 After an interesting album produced by Brian Eno in 2006's Surprise, Paul Simon returned five years later, this time without Eno, but with a bit of his musically adventurous influence remaining. It is a short album at thirty-eight minutes but it is certainly an eminently enjoyable one. Although a short offering there is some fine material on here and it shows Simon to still be a creative, relevant artist all these years down the line. Once more he subtly eases some contemporary sounds into the songs. He has long been very clever in that way. 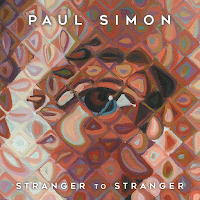 I am very fond of this album. It slowly grows on you and I find is extremely nostalgic as the great man reminds you in snatches just what a contribution he has made over many, many years. There are no great You Can Call Me Al hooks on this album, the memorable bits just float in and out of your consciousness, fleeting bits in each song, a line or two of sheer brilliance here and there which just have you smiling in recognition of such a great lyrics man at work. You just nod your head knowingly and think “that’s typical Paul Simon…”. Musically, Simon explores contemporary dace music rhythms, with some strong, reverberating drum sounds and some authentic South American drums too. All sorts of other instruments are used - different woodwind instruments, even a trumping tuba at one point. Simon experiments with all sorts of things, his muse certainly hasn’t deserted him, even into his seventies. He is just a truly remarkable singer/songwriter. He still has so much to offer. I can’t speak highly enough about this album. I love it. 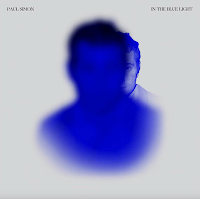 Paul Simon has decided to re-visit ten of his older songs and give them a new makeover. It has proved to be a beguiling album, worthy of anyone's attention. Still reliable, creative and interesting after all these years... 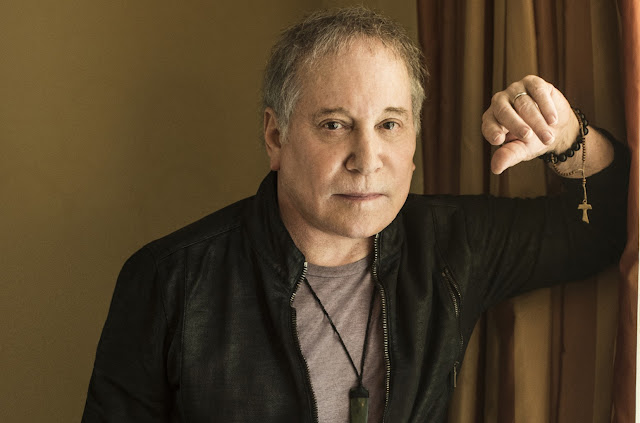