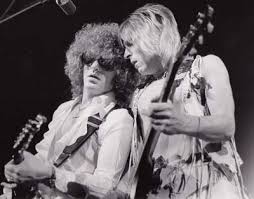 These are most of Ian Hunter's studio albums, together with introductions from my longer reviews (which can be accessed here) :- 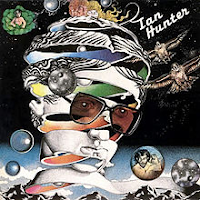 In early 1975, my favourite band, Mott The Hoople, had split the previous October, leaving us with the valedictory anthem of Saturday Gigs as a goodbye. Fans like myself waited eagerly for Ian Hunter's anticipated debut solo album, with Mick Ronson featured heavily on it too. I was not disappointed. If we couldn't have Mott we would have to make do with Hunter and, because of his presence and ability as a songwriter it was not so much having to make do as possibly trading up. This album still sounds good today, although in other ways it is very much of its time. Maybe it is for that reason that I don't seem to play it much these days. 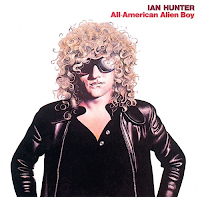 This is my favourite Ian Hunter album. Released in the sweltering summer of 1976, Hunter summed up his experiences of America with eight copper-bottomed Hunter classics. Employing some top notch musicians Hunter gathers together his influences and comes up with his finest work. Leaving behind the mix of glam and rock that had populated his debut solo offering, it was not like anything he had done before (or indeed subsequently), though, being very "American" with influences from Bruce Springsteen and Bob Dylan being very prominent. The sound is a "big production" one dominated by saxophone and vibrant female backing vocals, while the musicians involved make for a pretty impressive list - Aynsley Dunbar on drums, Chris Stanton on piano, Jaco Pastorius on bass, David Sanborn on saxophone are the notable ones. This remains, for me, one of the 1970s' best albums. I don't believe Hunter ever bettered this. I am probably in the minority with that opinion, as it happens, because many fans and critics alike prefer other albums, finding it too experimental or 'hit and miss' or something like that. Not me, I find it pretty much perfect from beginning to end. 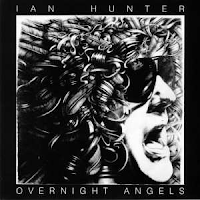 Firstly, let's talk about the mastering. The sound on this, Ian Hunter's third solo album, released at the height of punk in 1977, has always been awful. It was then and it is now. Now remastering appears to have taken place. Hunter's other albums sound fine but Overnight Angels sounds tinny, muffled and decidedly lo-fi. Shame. It is not just the sound but it does play a huge part in the negative vibes the album gives off, along with a general feeling of an overwrought but tired piece of work on which everyone is trying hard to make it gel but failing. For that reason, I find it difficult to write too much about it. 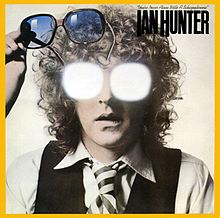 You're Never Alone With A Schizophrenic (1979)

By 1979, the punks who had railed at existing rock bands had calmed down and revealed their pre-existing appreciation for artists like Ian Hunter. This was certainly true of Mick Jones of The Clash, (pictured at the bottom with under and Mick Ronson) who stated his admiration for this album and duly worked with Hunter on his next one. Also notable is that pianist Roy Bittan, drummer Max Weinberg and bassist Garry Tallent of Bruce Springsteen's E St. Band all appear backing up Hunter on here. Just when Hunter's star was seeming to fade against the brightness of punk/new wave he seemed to gain a new-found credibility with these endorsements and he was becoming something of a "respected elder statesman". Hunter's old mate Mick Ronson was back too, for the first time Hunter's debut album. The result is a polished, appealing and mature album that notably had a far superior sound to its lamentably poor predecessor (sound wise), Overnight Angels. Of its time, undoubtedly, but enjoyable enough every now and again. I loved it back in 1979, as it provided a nice link between my new-found new wave enthusiasm and my old rock/glam past. 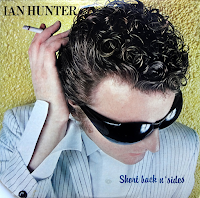 Having bought this album excitedly upon day of release, back in 1981, I have always had a mixed opinion of it. Some of it is superb, some decidedly ordinary. It is supposed to display Hunter's new-found punkiness and, to an extent, it does, being more edgy, sharp and spiky in places than the previous AOR feel of You're Never Alone With A Schizophrenic. In other ways it never quite gets there, for me, although I can't quite put my finger on exactly why. Ian Hunter had teamed up with Mick Jones and Topper Headon from The Clash, as well as Mick Ronson on this album. By now ex-punks like Jones and Headon now freely admitted their love for Hunter. Four years earlier they would have been condemning him as being a "has been". I was never convinced by that, anyway, Jones always loved Mott the Hoople and he would never have dared to insult Hunter. He would not release any really good material for another fifteen years or so. Next up was a truly dreadful album - Hunter's nadir. 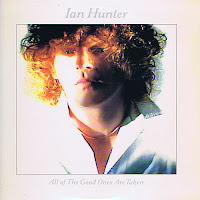 By 1983, unfortunately, my musical love affair that had begun as a teenager with Mott The Hoople in 1972 was completely on the wane. The previous album had been patchy - half inspired, half poor - and this one was much, much worse. It reflected the absolute worst characteristics of eighties music in its grating, tinny, synthesiser-dominated sound and, to be honest it had nothing going for it at all. I remember hearing it in a record shop and just thinking “oh dear Ian, how has it come to this?”. Time hasn’t softened my stance either. It brings to mind The Clash's 1985 Cut The Crap album. Similar awful albums were put out at the time by The Rolling Stones (Dirty Work), Elton John (Leather Jackets) and Rod Stewart (Body Wishes and several more). 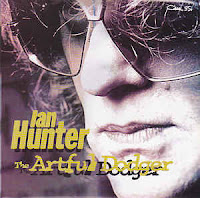 This is a relatively good album that suffers from a bit of a muddy production (as quite a few of Hunter's albums have done, unfortunately) but that doesn't disguise the fact that there are some great songs on here. Some really moving ones too. 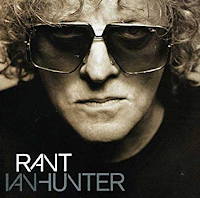 "England's such a ripoff" Ian Hunter's by now endearing croaky voice growls out, from his tax exile house in the USA. Forgive my cynicism. I can understand his dissatisfaction, but not from someone who hasn't lived there for ages. I agree with his sentiments on the song, though, from my position and it certainly rocks with a fire old Ian hasn't lit under himself for years. This is also Hunter's most overtly political album, he is indeed having a "rant", although, as often has been the case with Ian Hunter (and I have enjoyed his music since 1972) I am never quite sure where he is coming from politically. He has, for me, always been a bit of a mix of contradictions. His love/hate relationships with both the USA and the UK, for a start. Either way, nevertheless, the albums rocks, big time. His best since 1979, by far. 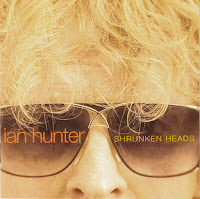 This is a little mentioned album in the canon of Ian Hunter’s work, but it is a really good one, and puts several earlier ones to shame, particularly All Of The Good Ones Are Taken (admittedly that one was from nearly twenty-five years previous). 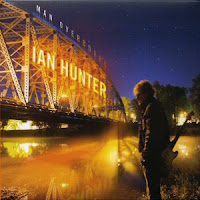 Just as appealing was this one, from two years later. It was an album that ploughs the same sort of furrow, lyrically and sonically, with a bit more of a folky-Americana vibe to it. While this was a good album, it was more understated than its predecessor. They both have good points, but overall I prefer the more consistent, rocking Shrunken Heads. 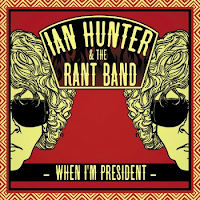 This is my favourite of the later-era Ian Hunter albums, some of which I have to admit, I have found a  little bit patchy. This one has a much stronger full compliment of songs. He was 73 when he made this album, which is an achievement in itself (and there has been another one since). Hunter has always been a good songwriter, never quite the Dylan he wanted to be, but one capable of magical moments. He comes up with a few on here too. 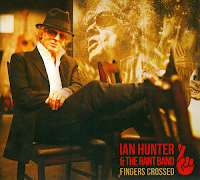 Ian Hunter released this album  at 77 years of age, remarkable in itself. That this great man is releasing material at this age is an inspirational thing. I bought my first piece of Ian Hunter's music at fourteen years old, in 1972, and I have stuck with him ever since. His music has been with me for actually most of my life, certainly all my adult life. Viewing his music objectively, it has always been a bit hit and miss in places. Genius and magical, moving moments mixed with some run of the mill stuff. That has always been the way with Ian and I. However, both this and his previous album, When I'm President are the best of his later-era albums. This one is the best of the two. There actually isn't a totally duff track on the album. 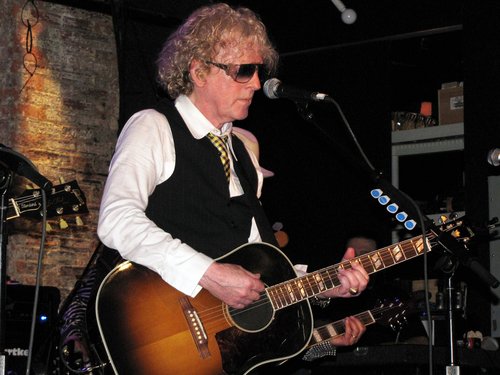