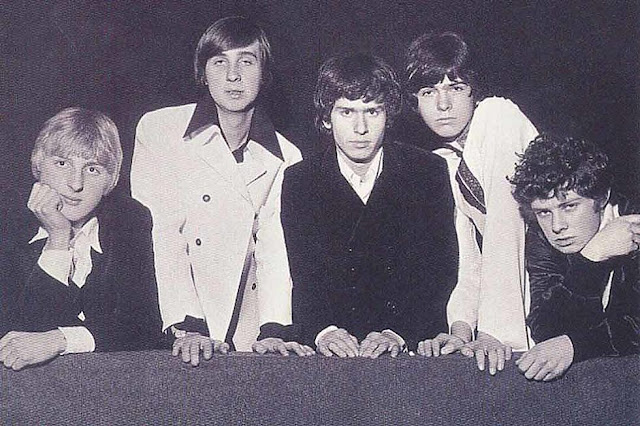 These are some of Genesis's studio albums, together with introductions from my longer reviews (which can be accessed here) :- 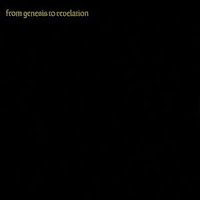 This, like the sixties-released debut albums from many bands (The Grateful Dead, Jethro Tull, Deep Purple, Ten Years After and Yes to name a few) was totally unrepresentative of their subsequent career. It was very much a product of its time, with a poppy but psychedelic feel - produced by Jonathan King - and it carries with it an endearing youthful innocence. Importantly, the lush strings were added after the songs had been recorded at King's behest, to the annoyance of some of the group. Reviewing it is like writing about a separate group. I bet there are loads of Genesis followers who hate it. Amazingly, the group were still at school when they recorded the album. Given that information, I have to say that it really is quite precocious. 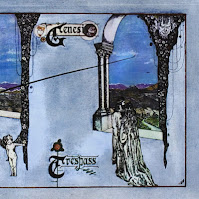 Needless to say, within a few months the group decided to pursue music on a full-time basis and the result is a complete and utter sea-change. Gone is the psych pop and sweet strings, replaced by a six track album possessing a huge bass and drum sound and Gabriel given free reign compositionally and lyrically. How a group could change so much, so quickly is remarkable. New drummer John Mayhew played on his only album and I think he sounded really good, despite the band being unsure (they replaced him with Phil Collins before recording the next album). Apparently he lacked confidence - it doesn't sound like it to me, his sound is full and muscular. 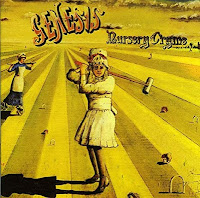 This was the first Genesis album to feature Phil Collins on drums and Steve Hackett on lead guitar. Their prog rock inclinations were really beginning to make themselves known now, as well. As I go on to say in later reviews, Collins was also one hell of a drummer and he proves it on this album. This was a bit of a patchy album, built around three lengthy, creative bedrock tracks that stand tall as classics of their type, even I will admit. 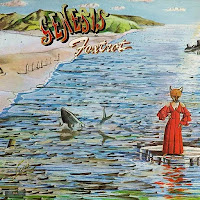 After Nursery Cryme betrayed lots of prog instincts, this album incorporated many more of the genre’s idiosyncrasies. Many consider it to be the best of the group's prog era output. While Genesis tapped into the prog rock thing for extended suites of varied music within one track, I really think that Supper’s Ready would have functioned better as four or five separate songs. You could say the same for the lengthy suites of Jethro Tull and Yes as well, mind. Indeed, Yes took parts of their suites and released them as singles on several occasions. With this track, I find that I have lost interest after eleven minutes only to gain it back after eighteen. Maybe separate tracks would have stopped that happening, or maybe I’m just a non-proggy who doesn’t really get it and should stick to his Motown. That may well be true because although I have been enjoying appreciating the musical brilliance of prog rock recently, I find that when I return to pop, soul, reggae or conventional rock I breathe a sigh of relief and feel that I am enjoying music once more from the soul as opposed to intellectually appreciating it. There is a big difference in my emotional response. 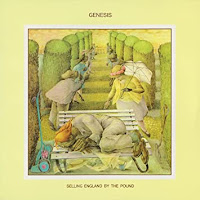 Genesis decided to get all serious on this one, bemoaning the loss of traditional British folk culture to rampant Americanism and consumerism and produced an album that some seem to really love and others, particularly critics at the time of release, questioned. For me, musically, I find bits of it interesting but there is a bit of a contrived, cynical wryness to it that grates somewhat. It is said to embrace folk in its sound but I feel Jethro Tull did that far more effectively and to my taste. Look, I think most readers will realise by now that Genesis weren't really my thing and there is no real way that this will get too many airings but I am certainly not blind to some of its good points, however. It is like a movie that I may watch once, think is ok, acknowledge its credibility, but not watch again. As I said before, musically it may intrigue me but it doesn't move me. Next up for Genesis was the seemingly obligatory mid-seventies sprawling "concept" double album. Am I going to review that? Hmmm. Oh go on then.... 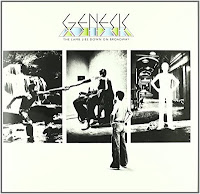 Yes, it was 1974, and that meant any self-respecting prog rock band should be putting out a bloated double album based on a “concept”. Genesis duly did just that and it was largely Peter Gabriel’s baby, based around a Puerto Rican youth called Rael in New York who....oh I can’t be bothered to find out what he did. I can never get the concepts of these albums anyway...Gabriel apparently felt that “prancing around with fairies” was old hat and that it was time to get more hard-edged and, to an extent, he achieved that, as the Elizabethan and folky influences disappeared. However there was still a distinctly proggy pretentiousness to the concept which would attract considerable criticism. 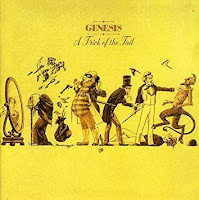 After abundantly creative singer-songwriter Peter Gabriel had left, one may have imagined that this prog rock behemoth had been removed of its head. Not so, up stepped little Phil Collins to show that, despite the auditioning of some 400 potential singers, he was the man for the job after all. Genesis phase two had taken its first steps - towards becoming almost a completely different band. The next two albums, though, still retained much of the group’s previous progginess, so these three albums should be seen as bridging points as opposed to new phase ones. The first thing that hits you is the improved sound quality on this - clear, warm, bass and with Collins' cymbal work to the fore. Secondly, although this is still an album with a distinct prog foundation, there is an accessibility to it that would be built upon over subsequent years. Gabriel's quirkiness was giving way to something less intense, while still retaining a credibility. They had not lost their prog fans just yet, and this album should probably be categorised with the other prog work, if only for the title. It was, notably, the last album to feature a proggy cover. 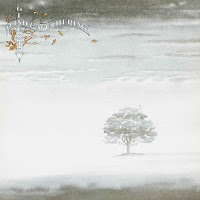 Despite some synth-driven poppy passages and some hints of the Genesis sound that would prove so commercially successful in the eighties - a couple of Collins-style love ballads for a start - there is still a considerable progginess to be found on this lesser-known, but critically-revered album. For me, like the previous one, it is ok, but it was completely irrelevant in late 1976-early 1977, although it was quite popular with many for whom punk or disco meant nothing. I hated this sort of thing in 1977 and even now, I listen to it out of interest and broad-mindedness, as opposed to for pleasure. If I am brutally honest, it just simply isn't my thing. The music has become too synthy (more tinny than its predecessor - check out the three instrumentals - and, surprisingly, I have found myself preferring the band's early seventies material. 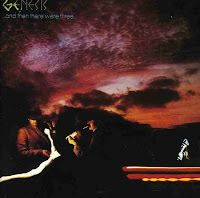 Oh dear. This was just not what I wanted to hear in 1978 and, unfortunately, I still don't today. I find it a tinny, synth-drenched prog rock leftover. Guitarist Steve Hackett had left the band by now but remaining members Phil Collins, Tony Banks and Mike Rutherford served up a Gabriel and Hackett-influenced piece of out of time prog stuff with vague ambitions to be more poppy and accessible. For me, they only achieved that on the excellent and melodic hit single and final track on the album, Follow You Follow Me. The rest of it is unlistenable quasi-prog as far as I'm concerned. Sorry. Not for me. 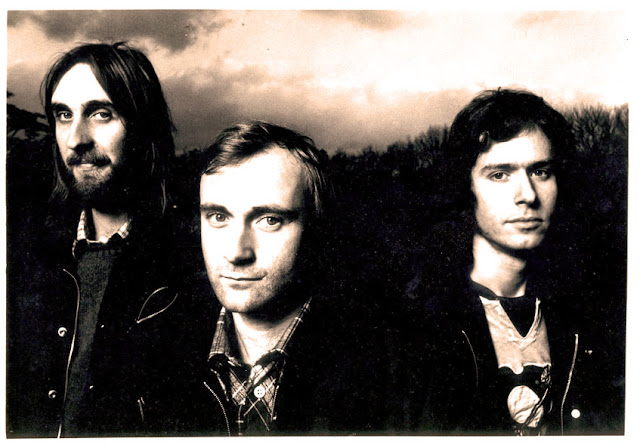