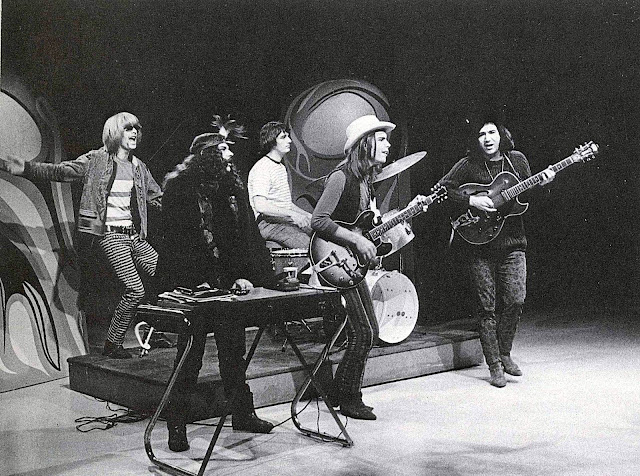 These are The Grateful Dead's studio albums, together with introductions from my longer reviews (which can be accessed here) :- 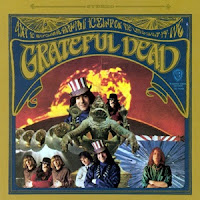 I must admit that until quite recently I had little or no knowledge of "The Dead"'s mighty canon of work. For whatever reason, these rock leviathans had completely passed me by. They came straight out of San Francisco's maelstrom of psychedelia in early 1967, and, although this album is very much one of learning on the hoof it is not without its fresh, vibrant appeal. Actually, I really like it, although I am sure long-time "Dead Heads" dismiss it. It is also, far more of a blues rock album than a psychedelic one, despite its opening blast. Although this was very much a child of its spaced-out, psychedelic 1967 conception it is a bluesy, serious album with no pop pretensions, although it rocks royally on several occasions. It was played superbly well, has a great sound and, for me, is fantastic - far better than I expected it to be. 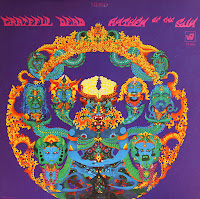 The Grateful Dead had been dissatisfied with their first album, apparently (I'm not quite sure why - I think it's great) and, where that was one was rocky, psychedelic and, most importantly, bluesy, this offering was indulgent, experimental and, in many places, rambling. It contained only five lengthy tracks and was recorded using techniques that took independently-recorded instrumentals and vocals, creating a patchwork quilt of sound when they were pasted together in the studio. All sorts of instruments were used - this being 1968, just as The Beach Boys, The Rolling Stones and The Beatles, of course, had done recently. There was 'prepared piano' (whatever that was), harpsichord, various percussion instruments, kazoo along with Eastern and Latin American instruments. The result is a challenging mish-mash of sounds and ambience that is something of a difficult listen, to be honest. It is nowhere near as instantly appealing as its predecessor, not at all, and the sound quality doesn't get anywhere close to the impressive standard of the debut album. Whereas I found that album to be exhilarating and energetic, displaying fine musicianship, this one, in contrast, I find directionless and lacking in cohesion or purpose. In many ways, it is a journey in studio experimentation made live and released straight to the public. The band were interested in trying all sorts of new things, but, by their own admittance, it lacked something in the quality control department. That said, there are some bits where I think "yeah, that's a good bit" - various bass runs, drum parts, percussion or the occasional guitar lick, but, overall, I have to say that it struggles to hit the spot for me. It does have a strange capacity to grow on you, however but I still prefer the debut album. After their highly experimental second album, The Grateful Dead went even further, in some ways, on this archetypal psychedelic album from 1969. Many aficionados of the band and music critics love it but I find myself liking some of it and finding other bits of it pretty much unlistenable. While Was prepared to accept some of the previous album’s indulgence, on this one it becomes somewhat impenetrable, for me. Having that said, there are some impressive bits and some fine musicianship and several pieces of drug-inspired post-hippy inspiration as the sixties came to an end. The carefree optimism and love of two years earlier had been replaced by an edginess with war and violence all around in Vietnam and Altamont and this was expressed in much of the period’s music. Just take some drugs and block things out, allowing the music to become more introspectively experimental and off the wall. 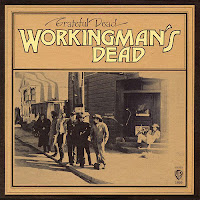 In 1970, The Grateful Dead completely abandoned their psychedelic, adventurous, drugged-up style, took on songwriter Robert Hunter and re-visited their original folk rock roots, tapping in to the CSNY, Byrds and Bob Dylan-led country rock boom and The Band-driven Americana one of the time. It was a total change in style, one as shocking as any in rock music thus far. There were no longer any murky, edgy weird soundscapes, no feedback, no pasted-together individually-recorded sounds, no tapes played backwards - The Grateful Dead now offered CSNY vocal harmonies, immaculately-played country rock ballads, bar-room blues boogies and riffy country blues rock. The only thing to make people think they were The Grateful Dead were the often beguiling, perplexing lyrics. With regard to CSNY, Neil Young said that 'Hearing those guys sing and how nice they sounded together, we thought, 'We can try that. Let's work on it a little'. So, the Dead clearly influenced their supposed influencers. The band then gained a new generation of "Deadheads", who began the cult of following the band from city to city, revelling in hearing different songs played like aural train-spotters. I am unsure as to how the fans from the psychedelic era took to country rock , however - maybe they lost some of the the hippy cult fans from the previous three years. Whatever, I'm not really sure about the minutiae of the Deadhead thing, only that it became huge and carries on to this day. Anyway, I won't dare to comment any further because I really don't know too much about the whole phenomenon of these many disparate fans. On to the music, which is what matters to me. 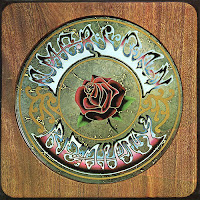 This was The Grateful Dead’s second album of 1970 and it was even more of a country rock one than its predecessor. Forget psychedelia, The Dead were a full-on country rock band now, something that is often forgotten when the names of the country rock boom’s biggest artists are trotted out. It was more of an acoustic-driven album than the previous one had been, which more bluesy and it concentrates even more on vocal harmony. Don’t underestimate the magnificent bass playing of Phil Lesh either. I love the previous album, but I appreciate this one even more. Really good stuff. Robust country rock at its best. This was The Grateful Dead’s first studio album for three years and they continued their transformation from far out druggies to country rockers. The album, from 1973, was an enchanting mix of country rock, soft rock with gentle reggae, funk and jazz rock influences lurking under the surface. It is a most pleasant affair. It was a peculiar thing in the mid-seventies that mature, ‘adult’ music like this flourished in the USA, whereas the UK was in the grip of glam rock and prog. There are probably reams of analysis to be read about the songs but the only question for me is do I like it. Yes I do. I’ll never make a Deadhead, will I, though, if I am not prepared to analyse. 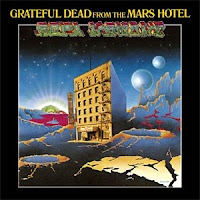 The Grateful Dead were again laid-back champions of mature AOR mixed with a jazzy soft, smooth funky-ish sound on this 1974 offering. It is another album that totally disproved my previous misconception of the band being a spaced-out group of drugged-up hippy rockers. It is full of subtleties and not inconsiderable servings of soft, melodic funk rock. The Grateful Dead were really impossible to categorise, weren’t they? Where did their hordes of ‘Deadheads’ come from - were they rockers, funkers, hippies, psychedelics? The group were certainly one of music’s great mysteries, for me. I am certainly enjoying re-assessing them, though. 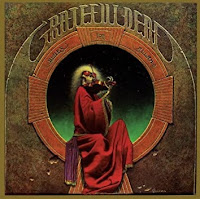 This album, from 1975, was roundly criticised for being a bit of an uncohesive one, largely because of the final, sprawling track. Forget that, however, and there is a some excellent, quietly appealing funky/jazz/Latin-influenced material to be found in its first part. 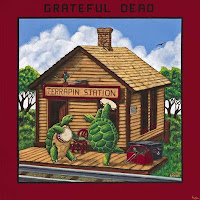 From 1977, this is a highly appealing, multi-style album from The Grateful Dead that had nothing to do with any real contemporary musical trend. It is a complete one-off and quite addictive, particularly the two fine tracks that bookended it. The shorter, punchier material in between is good too as well. Although some may consider it too lengthy, its instrumentation is simply outstanding to overlook. It is a totally unique, classic piece of music. God only knows how it was created, or under what influence. Lyrical nonsense too, but who cares? 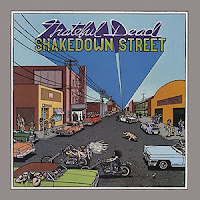 This was the album that must have really appalled many of The Grateful Dead's obsessive "deadhead" fans as they supposedly "went disco" in many people's eyes. Their psychedelic years seemed light years away and eve the folky, country AOR of earlier seventies albums had gone as The Dead got themselvres a bucketload of rhythm. Good for them I say. I love this album. It is a "soft rock" classic. Even an old punk like me likes a bit of soft rock, you know. It was completely irrelevant to punk/new wave and employed some disco-ish grooves, but it was more funky, Latin-ish rock if you ask me. Either way it infuriated their traditional rock-country-psych fans but launched many groups-artists to dabble in disco-funk, such as The Rolling Stones, Elton John, Rod Stewart, ABBA, The Jam, The Clash and, of course, Queen. 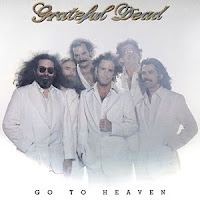 Two years after their over-exaggerrated descent into disco, The Dead kept up their wry take on the contemporary trend by appearing on the cover of this, their next album, in Bee Gees-style suits, with the hell airbrushed put of them. They didn't normally appear in person on their album covers, so this made things worse as far as fans were concerned. The joke didn't really work, did it, making them look like the dinosaurs that punk and new wave were supposed to rid the world of. No that any of that matters now, does it? This was another fine album, in my opinion. It is a powerful AOR/soft rock offering, completely out of time, of course, but full of verve and vigour. I like all The Dead's phases and steadfastly refuse to criticise this one. For me, it is superb album. Say what you like. 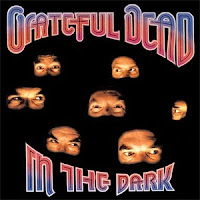 Seven years after two excellent albums, The Grateful Dead returned with this, an absolute killer of a rock album that is accessible, clever and all-round likeable. Like its two predecessors, this was a really good album - varied, unique AOR at its best. Strangely enough, however, the more I like an album in an unthreatening way, like this one, the less I can write about it. I have written far more about the weird early albums. 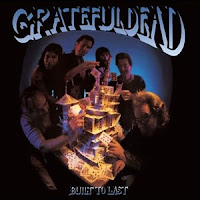 So here we had it - The Grateful Dead's final studio album after so many years packed full to overflowing with varied and wonderful music. For many "deadheads", I guess the final four offerings were their worst but not for me, I love all four of them. This one is another intoxicating soft rock classic. Yes, it features the synthesisers of the period, but it doesn't get bogged down by them, there are guitars all over the place. So, thank you then to The Grateful Dead - a group it took me over fifty years to find. Thank goodness I did. They're bloody superb, whatever phase in their career you listen to. 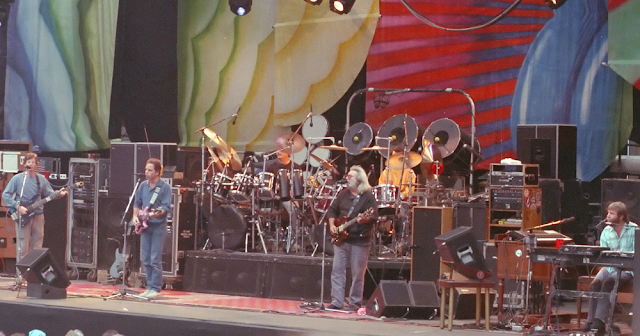