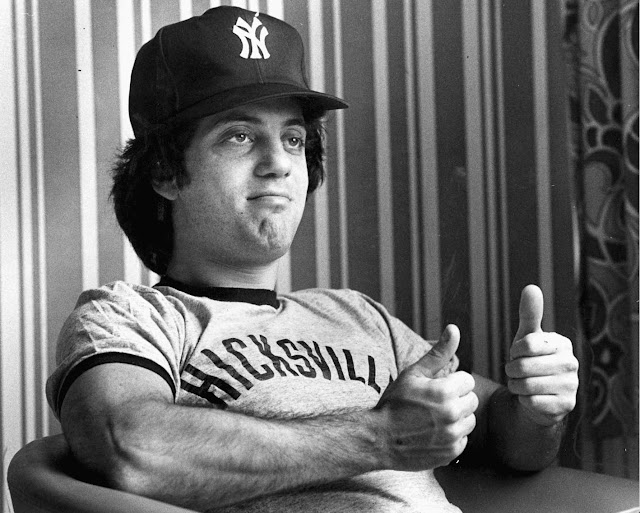 These are Billy Joel's studio albums, together with introductions from my longer reviews (which can be accessed here) :- 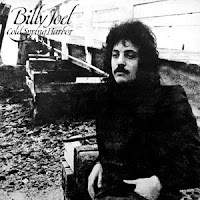 This was Billy Joel's debut album, a long-forgotten offering from 1971, a bit like Elton John's Empty Sky. It is worthy of attention more for its hints of potential as opposed to anything incredibly memorable. It's a nice little album, though, without digging up any trees. 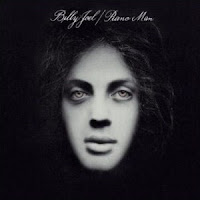 Like Elton John, to whom he was often compared, Billy Joel released a low-key first album and then on his second, laid down a bit of a marker. This, Joel’s sophomore effort, from 1973, has flown under the radar for a lot of people, including myself, which is to do it something of a disservice. There are four absolute Joel classics to be found in here, as well as a few underrated gems. Weird cover though. 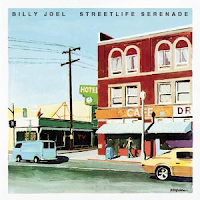 Billy Joel was not quite the finished product here in 1974, but with each consecutive album release, the quality got better and better. This is another step along the way. A couple of instrumentals are on here too, leading one to wonder whether he was running a bit low on new songs, or maybe he just wanted to showcase his ivory tinkling skills and prove he was indeed a piano man. In reading up about the album, it was in fact true - he hadn’t had time to write any new material but the record company were pressurising him to get the album completed. 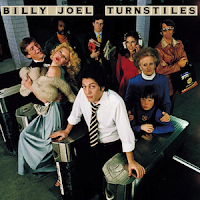 Arguably Billy Joel’s first great album, often unfairly overshadowed by the multi-million selling The Stranger. It felt on here that he had finally married all the disparate facets, both musically and lyrically, that appeared in patches on previous albums. This one hit the nail on the head. Joel was now beginning to forge an identity as an artist with a Springsteen-esque finger on the pulse of the streets of New York City which was partnered with an innate instinct for a melody and a killer lyric. He could give you moving, sensitive ballads yet he could also rock when necessary. He had returned to his native New York and wrote this album as a kind of celebration of his homecoming. You can really feel this and the result is a far more cohesive, expressive piece of work than its predecessor. 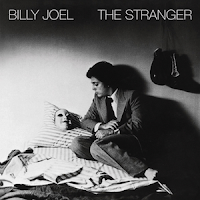 Taking much of the New York-themed atmosphere from the previous Turnstiles, this was a wonderful collection of New York Italian and also very clear Long Island-inspired piano-led rock songs, with organ, saxophone and drums to the fore. You feel you are at a table with a red check tablecloth and waiting for your pasta arrabiata. This image, of course, is helped no end by the album’s centrepiece, the magnificent story-telling narrative song Scenes From An Italian Restaurant with its Long Island characters Brenda & Eddie and many musical mood swings. From piano balladry to rocking saxophone and back again. Marvellous. Joel’s A Day In The Life. It also has that extended, street poetry cinematic drama of Bruce Springsteen's Jungleland. Those New York/greater New York references abound in much of this album - either directly as in Long Island's Sullivan Street neighbourhood or in it’s characters - Antony, Mama Leone, Mr. Cacciatore, Brenda & Eddie, Virginia. Even Joel’s whistling at the beginning and end of the title track and the end of the album (a repeated coda to the album) is like the whistling of a waiter clearing the tables after lunch. Somehow I see this as a “New York in daytime album” as opposed to an evening one. Maybe that’s just how I visualise it. Lunch time in Little Italy, or maybe in a quiet Long Island local trattoria. Thinking about, it, maybe the latter. while Turnstiles had been a New York album, this can be seen very much as a suburban one from the Island. 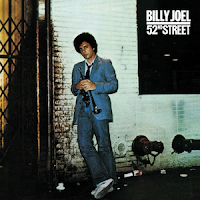 Released in 1978, at the height of punk, following on from the phenomenal worldwide success of the previous year’s The Stranger, this was also a top seller. Joel’s mix of New York street tales against a piano and jazzy brass backing tapped in to the tastes of those for whom punk never happened. I was a punk in 1978, but I still liked this. It seemed to garner all-round respect in the same way that Bruce Springsteen did. It certainly did for me and others, if not necessarily from the music media. Yes, Joel was known by some as a balladeer, but he could also rock, and he knew how to summon up the atmosphere of the city streets. New York is the ultimate city for such street romance and on this album Joel moves back from the Long Island vignettes of The Stranger firmly into the big city. The album is absolutely dripping with Big Apple ambience. Furthermore, while I felt in some ways The Stranger was a daytime album, this is very much one for after the cars have turned their headlights on (to paraphrase Joel in Until The Night). 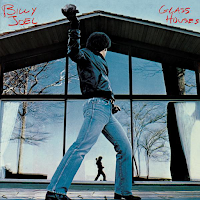 By 1980, Billy Joel had, by putting out three excellent albums, gained record sales and was now getting good concert attendances. Convincing critical kudos, however, was still eluding him and he was now considered a somewhat safe, mainstream artist suitable for playing at low volume on wine bars or hairdressers’ salons. He had garnered a certain amount of respect, but he found that the punks and the new wavers were considered far more credible than him, something that apparently infuriated him and his one-time amateur boxer’s fighting spikiness came to the fore on this, his most edgy and “rock” album. A fair few artists channelled their inner punk/new wave traits around this time - The Rolling Stones, Queen, Elton John, Ian Hunter to name a few and Joel seemed to be wanting to prove that he too could do edgy, short, sharp rock and new wavey nostalgic pastiches. He left behind the Springsteen-esque street scenes and characters of the earlier albums too. The approach here was more minimalist, both musically and lyrically. Oddly, though, in the same period, previously punk groups like The Ramones, The Jam and The Clash were desperately trying to diversify and show just how “un-punk” they could be. 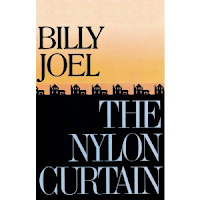 After two critically-acclaimed albums in The Stranger and 52nd Street, the somewhat patchy Glass Houses in 1980 began something of a fallow period for Billy Joel. This album, from 1982, was, in my opinion, his most inaccessible, introspective album. Sorry, this album just doesn't do it for me. Some see it as Joel's Sgt Pepper. Joel himself says it is the best thing he ever did. Who am I to argue? Give it a chance, I guess. Every couple of years I do. I refuse to completely write it off. Maybe someday the penny will drop. Oh, and the remastered sound is truly fantastic. Big, full and punchy. Pressure sounds particularly impressive. 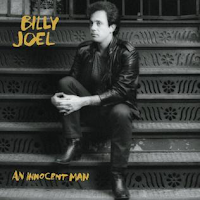 After 1982's somewhat controversial and questionably patchy release in The Nylon Curtain, where Billy Joel tried, with varying results, to channel his inner John Lennon, he was back, two years later, trying to evoke the vibe of the doo-wop era of the late 50s/early 60s, in particular Frankie Valli & The Four Seasons. Yes, The Nylon Curtain takes much longer to get into, but this album is far more instant, and, consequently a bit more disposable. A bit like Born In The USA, Brothers In Arms or Thriller. I have to admit I listen to other Billy Joel albums a lot more. Not to denigrate it, though, it is a good one. 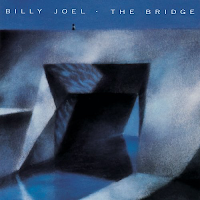 Like its title suggests, this is something of a bridging album for Billy Joel, after the huge commercial success of An Innocent Man and its multiple hit singles from two years earlier and Storm Front from three years later. It has great memories of 1986 for me. Joel produced a much less commercial album here and in many ways it is the better for it. It is a pretty credible effort, to be fair. 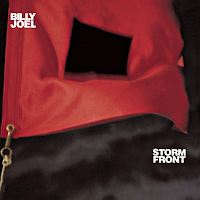 Three years after The Bridge, 1989’s Storm Front was probably Billy Joel’s last decent album. Indeed, the patchy River Of Dreams was the only subsequent release before his muse deserted him and he seemed to go into semi-retirement and undertake to occasional tour and no more. It was a commercially-accessible mix of catchy rock and typical Joel ballads - eminently listenable throughout. 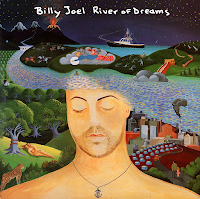 In 1993 Billy Joel suddenly called a halt on his recording/songwriting career. He still occasionally tours, singing his material from 1972-1993, but since 1993 he has not released an album. He seemed to suddenly lose interest and also his muse. Fair enough, if he felt he hadn't got it in him, or hadn't got the desire then that was a fine, honest decision on his part. This was an album that subsequently didn't get much of my attention, which is probably a bit of a shame, as it is not a bad album at all and a fair swansong. Hey Billy - thanks, man. 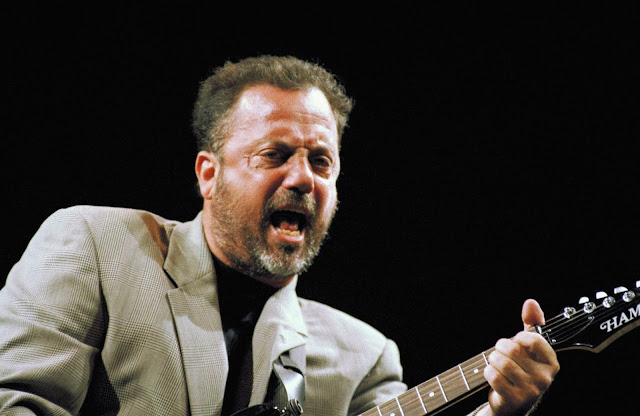