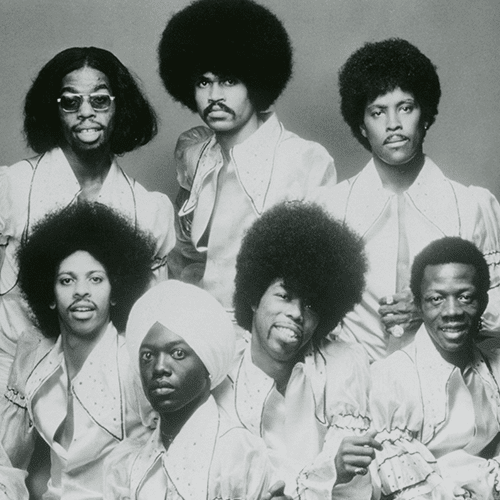 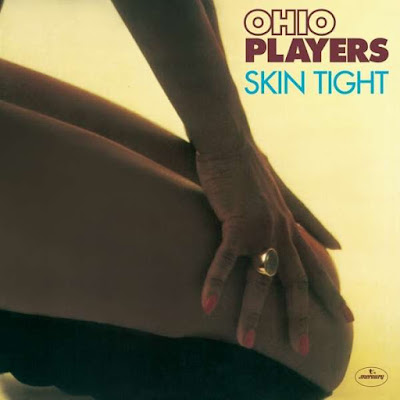 This was The Ohio Players' fifth album and it was the one that really brought them mainstream attention. Its production was slicker and smoother than on previous albums and the album's six tracks were all over five minutes in length. Extended, jazzy, brassy funk was becoming popular and this album led the way as many people got the funk. Groups like Tower Of Power, The Meters, Kool & The Gang and, of course, James Brown enjoyed similar success. It also influenced subsequent artists such as Rick James. Their over-the-top flamboyant image must have had an effect on Earth, Wind & Fire and The Isley Brothers too - soon, all funkers were donning the Elvis-style suits. They do look awfully dated now (even to me), almost like looking at Victorian sepia photos once did when I was younger.

What is for sure is that the sound hasn't dated. The opener, Skin Tight, with its insistent wah-wah guitars and fatback drums, typifies the album's tight, funky jam workout style. Vocals were at a premium - just female backing vocals and Funkadelic-styl growling male ones - infectious funky rhythms were at a maximum, however.

Streakin' Cheek To Cheek has a positively smouldering, deep bass line and some sumptuous wah-wah grooves. Check out that funky organ too. It's Your Night - Words Of Love has the group going all bedroom-based and the seduction continues on Heaven Must Be Like This, a track made for extended carnal fun if ever there was one. The instrumentation throughout the track is excellent too - lovely bass and keyboards.

The grinding funk was once more to be found on the very Parliament-esque Jive Turkey, which utilised those same strange sort high-pitched vocals that both Parliament and Funkadelic used. The drums on this are great. Is Anybody Gonna Be Saved? is a classic piece of socially-conscious seventies funk that grinds along as the vocalist asks to be saved, preacher-style.

Not much more to say other than that this was one of the best seventies funk albums. 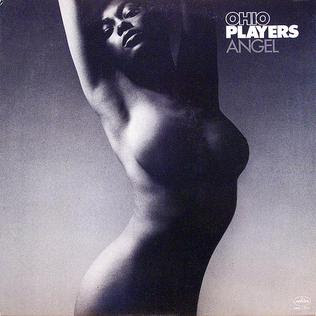 Angel/Merry Go Round/Glad To Know You're Mine/Don't Fight My Love/Body Vibes/Can You Still Love Me/O.H.I.O./Faith
Also impressive was this 1977 slick, late night funk offering. The cover was very nice too - love those super-sexy seventies funk album covers. The album, to an extent, has moved from the dance floor to the bedroom or the late night car drive (Angel, Don't Fight My Love and Can You Still Love Me) and it pretty much sticks with the same vibe throughout, although there are several upbeat brassy funkers on there (Merry Go Round, Body Vibes and the punchy O.H.I.O.). Even on those, though, there is a definite sexy-fuelled undercurrent. It is mostly more Brothers Johnson or The Commodores of the period than James Brown, however, which perfectly suited the milieu of 1977. Funk had lost the gritty, social edge and was now full-on luurrve.
Not much analysis necessary here - great basslines, drums, jazz-funkiness and punchy brass, as you would expect.
Highlights :- Angel, Merry Go Round, Don't Fight My Love, Body Vibes, Faith