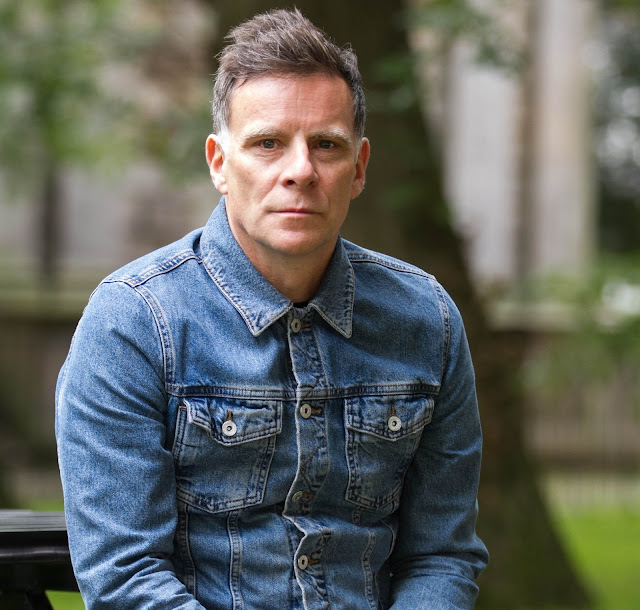 Ricky Ross solo albums are a bit like Mick Jagger ones - they sound a lot like the work he did with his main band (Deacon Blue) so they seem to be somewhat superfluous, to be honest.

So, I will just dip into them. Maybe my attitude sort of hints at why Ross's solo career has never really taken off, in comparison to that of Deacon Blue. It is a little unfair to Ross’s solo work but, despite there being some really good songs scattered around these five albums, they don’t inspire me quite as much as his group work.

To sum up these five albums pithily, they are, in order of release and by style - indie rock, acoustic, Deacon Blue, quiet-reflective and folky.

Probably the best thing to do is to play all the songs on random, thus giving a nice contrast between the styles. When I have done that I find I have enjoyed the material far more than when listening to them album by album, as each album tends to be a bit homogenous in feel and sound. I can appreciate the songs more this way and don’t feel I’m getting so bogged down in similar material. There is some genuinely good stuff to be found on the albums, and this is a fine way of doing it. 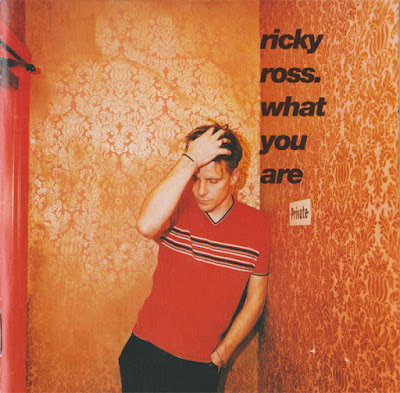 This was Ross’s debut album. It was rocking, riffy, muscular, guitar-dominated and a bit of a departure from Deacon Blue’s sound with strong hints of Tom Petty, middle-era Bruce Springsteen, several Brit Pop guitar bands and even Oasis present throughout the album. At times it even reminds me of the full-on guitar attack of Neil Young and Crazy Horse. There is even a bit of country-ish rock in there.

It is a fine rocking outing, to be fair, and I don’t sit listening to it thinking I am listening to Deacon Blue and expecting Lorraine to come soaring in on shared vocals. It is sort of Ross’s Tin Machine, his back to basics raw, rock album. The more I listen to it, the more I like it too.

Highlights :- Good Evening Philadelphia, Icarus, What You Are, Radio On, The Lovers 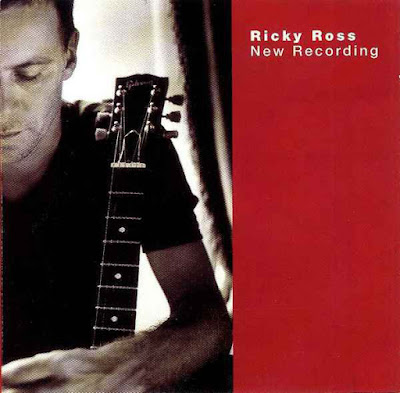 As rocking as the previous album had been, this one did away with the electric guitars and is “unplugged” - acoustic guitar, piano, ambient keyboard noises, only the occasional beat box type rhythm and plaintive vocals. I’m really sorry to say that I find it mainly desperately dull when played as a whole album. The odd track like this on a Deacon Blue album was ok in between other more vibrant ones, providing a maybe necessary change in ambience, but here you get a whole album of them, some of them completely done to death with overbearing synthesised strings.

On the couple of  tracks that have more of a backing, the programmed bass sounds are far too deep as well, (and I love bass, usually). Here they make your whole room shake and some potentially really good songs are blighted. It was released at the time when CDs were produced just too loud and distorted too. Come to think of it, Ross has form when it comes to badly-produced albums - all of Deacon Blue's output after Whatever You Say, Say Nothing is pretty damn awful, sound-wise.

Ross’s often moving vocals grate on me within the overbearing production of this album, which doesn’t help. The whole album is just not really for me, which is surprising, as I rarely don’t go against an album as strongly as I have done here. I usually give albums more of a chance, but I feel here that these are songs that would have benefitted so much from a full band production, and what they get given here is just not to my taste. It comes across a bit like an album of demo versions, and I have never been a big fan of them.

When the tracks come around on my Ricky Ross random selection, however, I like them a lot more, so maybe that is the way to learn to appreciate them, as I said in the introduction to these reviews. This way I have discovered hidden depths in the songs, so there you go.

Highlights :- The Undeveloped Heart, I Love You, Here’s Singer, On The Line, Ash Wednesday 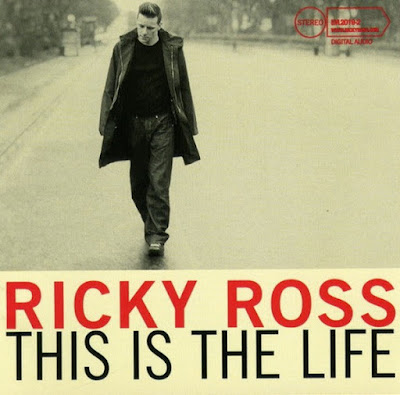 After the previous album of stark, acoustic, demo-sounding material, it is a welcome, blessed relief to listen to some lovely full band offerings here. It is a really good one.

Lots of jangly, Tom Petty meets The Byrds-style melodious mid-pace rock populates the album, although it all sounds very Deacon Blue-ish, particularly like their post-2000 stuff. There are some winsome and soulful moments here, though, as well as some solid, melodic rock too. There are some later-era Springsteen influences in there too.

There is nothing here to attract non-Deacon Blue fans, really, and you sort of get the impression that these were song Ross did not want to use on Deacon Blue's album, so he recycled them here. Despite that there are still several really good songs present and this was the best Ross solo album thus far, by a fair way.

As with many new millennium albums, however, at nearly an hour, it is too long and, guess what? You got it, it suffers from a bombastic production. I always find this odd, because Ross's songs are so clever and sensitive yet the production is invariably sledgehammer unsubtle. That is not to say that it isn't a good album, though.

Highlights:- London Comes Alive, I Sing About You, Nothing Cures That, This Is The Life, Starring Love, Hippy Girl, My Girl Going To Town, The Way To Work 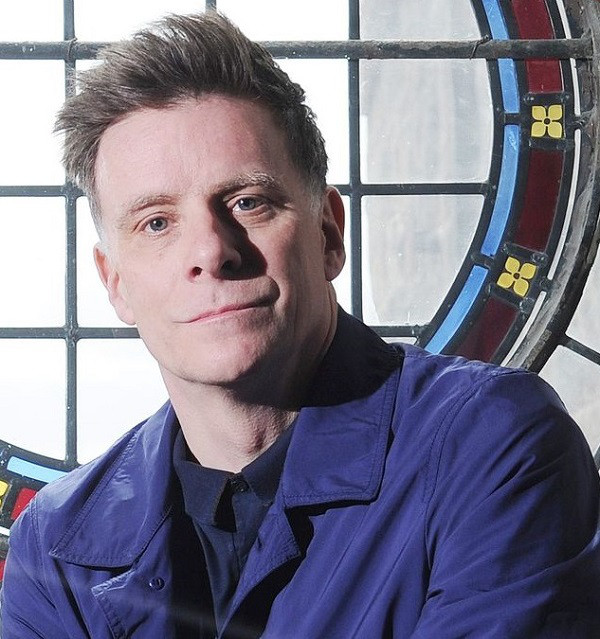 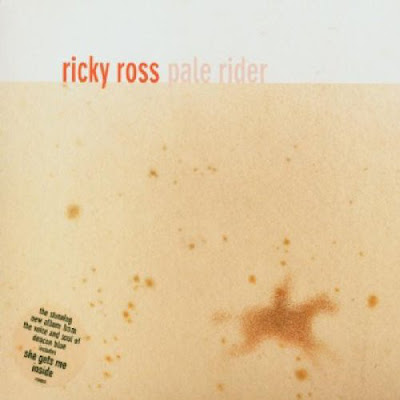 This album is more peaceful, reflective and in possession of a superior production to its predecessors. It is an appealing, understated offering, displaying perfectly Ross's sensitivity as a songwriter. There are some influences from the Beach Boys in their early seventies period present and late-seventies Van Morrison too.

The production on this album is nowhere near as barnstorming as on the others, or indeed many later-era Deacon Blue albums. For once, Ross has got it just right here. It plays out really pleasantly.

Highlights :- Boys Break The Things They Love The Most, If You've Got the Time It's Gonna Take, The Streets Are Covered In Snow, Soundtrack To The Summer, Kichijoji 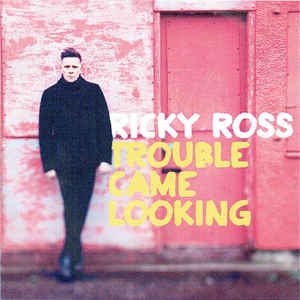 Of all the Ricky Ross albums here, this is by far the most folky, most Woody Guthrie-Bob Dylan-esque and least Deacon Blue in sound. There is a bleak bluesiness to it as well as some acoustic Springsteen influences too.  Ross delves into Scottish folk at one point too, which is nice to hear - the music of his country.

Its sound is low-key, quiet and mainly acoustic, but it is far warmer and more accessible than the earlier starkness of the New Recording album. While This Is The Life is my favourite of the five, this one is probably the most critically credible.

Highlights :- Trouble Came Looking For Me, The Fear, How Will The Heart Survive, A Strange And Foreign Land, Sang O’ The Saracen Maid

Check out Deacon Blue's work here (click on the image) :- 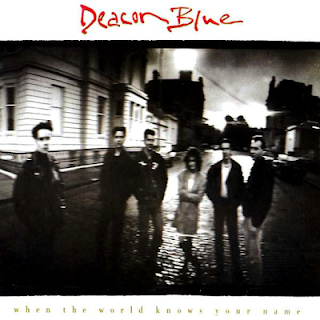