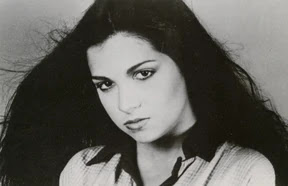 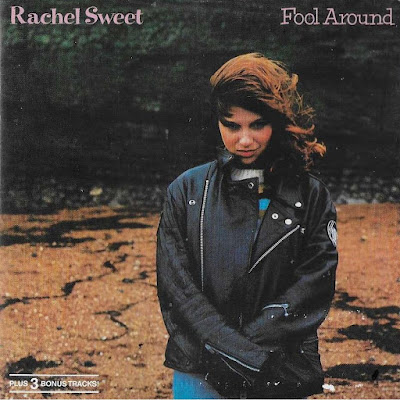 I remember this coming out on Stiff Records back in 1978, from the then 16 year-old Rachel Sweet. I felt it was the sort of thing I ought to like, being a new waver keen to hoover up as much new product as possible, but I never got round to it. I recall a few tracks but that's it, so here I am over forty years later.

The album reminds me in some ways of label-mate Nick Lowe's output from the same period.

Just My Style is a relatively unremarkable, clunky opener before we get a gloriously raunchy, gritty cover of Carla Thomas's B-A-B-Y driven along by some great Stax-y horns. A really great track is the bassy, slightly funky and riffy shuffling groove of Who Does Lisa Like. Great saxophone on it too - corker of a track.

Wildwood Saloon is a cynical country ballad. Dusty Springfield's Stay Awhile is given a Spectoresque production featuring a stonking saxophone solo. The once more vaguely funky Suspended Animation is another good one, with an opening riff just like Blondie's One Way Or Another with Rachel delivering a Debbie Harry-esque vocal to boot. More great saxophone to be found here as well.

It's So Different here is a quirky, odd-sounding number with some slight reggae tinges while Cuckoo Clock is probably the album's most new wave-punk number with more Debbie Harry sound-alike vocals. It's great - I love its vitality.

Pin A Medal On Mary sounds like Marc Bolan has arrived on guitar and sounds like a Nick Lowe song, but isn't it. Girl With A Synthesiser is a rollicking piece of country new wave, if indeed there could be such a thing. Rachel's bar-room cover of Elvis Costello's Stranger In The House shows just what fine country songs Costello could write.

An interesting, vibrant and fun album. Shame it went under many people's radars.

* An excellent bonus track is a superb cover of Del Shannon's I Go To Pieces. A track that appeared on the US album but not the UK one. It should have done - it's probably the best track of the lot. Another recognisable bonus track is Sad Song, which appeared on Ellen Foley's 1979 Night out album. 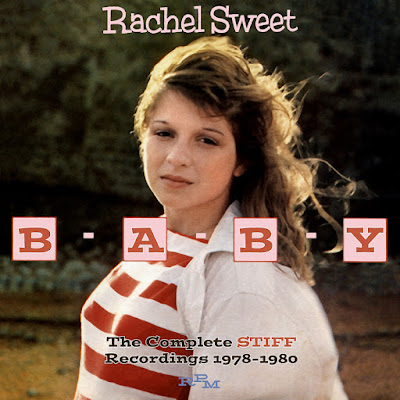