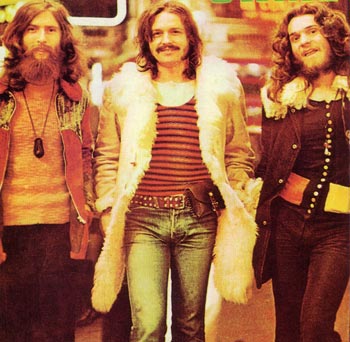 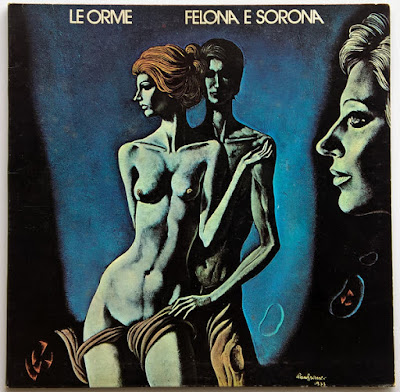 What now? Italian prog rock! Lord above - what's become of me?

Anyway, this is actually a really good album from 1973 and is considered the major (or should I say il maggiore) Italian prog rock recording. Influenced by contemporaries UK proggers Emerson, Lake & Palmer and Van Der Graaf Generator (who were involved in writing English lyrics for an alternative version of the album  believe) this is a largely keyboard-based album but featuring some warm, melodic bass and solid drumming too. Where it differs from, say, ELP, is that the protagonists have incorporated an intrinsic Italian ear for melody into their music, rendering it much more accessible - particularly to a prog-phobe like me.

Sure, it is still classically-influenced, symphonic largely instrumental prog, with swirling keyboards all around, but there are some fine deep rock passages along with some fetchingly tuneful vocal parts (the album plays as one continuous whole, by the way, each track merging into the other as it progresses).

The highlight is the multi-ambience eight minute-plus opener, Sospesi Nell' Incredible, a track even someone like me, with a natural suspicion of all things prog, finds himself enjoying immensely. Check out the drum and organ interplay around six minutes in. Great stuff. The catchy Italian folk of Felona is mightily appealing too, as is the beautifully rumbling bass on both L'Equilibrio and Attesa Inerte.