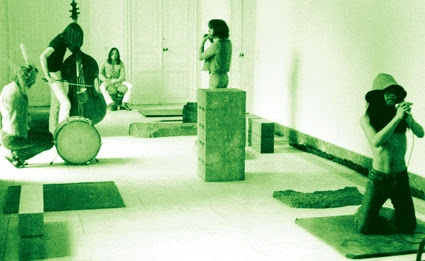 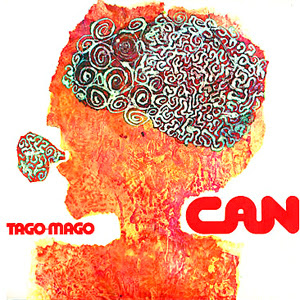 Krautrock band Can released their second album here, (a double album behemoth) and it is the one most people tend to know. It merges psychedelic, avant-garde instrumental improvisation with a vague funkiness and some slightly modern jazz grooves. Like German contemporaries Neu! they are very experimental, although not quite as electronic, tending to veer towards more of a rock feel.

The album is regarded as hugely influential on artists like Public Image Ltd, Joy Division, many other post punk groups and David Bowie’s Berlin period. It is not an easy listen, but it is certainly an intriguing one.

Paperhouse is a gritty, virtually instrumental opener, dominated by some searing psychedelic guitar from Michael Karoli along with some actually quite rhythmic drums. I don’t mind this at all, as it goes, it is far more rock than prog, so that tends to suit my taste. I feel the whole album is avant-garde rock as opposed to prog - there’s not a topographic ocean or van der graaf generator within sight or earshot. It is one of the best cuts on the album, for me.

Mushroom features some pretty incomprehensible vocals from Kenji Suzuki over some ambient noises that eventually gain a kind of rhythm. Oh Yeah, while having an atmospheric sound in places, is otherwise not very listenable. I do like the sparse but rhythmic drum sound (from Jaki Liebezeit), however, and the vocals are almost punkily whining five or so years ahead of time. There are quite a few hints of post punk in this. Indeed, John Lydon was a big fan and its influences on Public Image are clear. It was funny that punk was seen as blowing this sort of prolonged indulgence away, yet pretty soon post punk was readily acknowledging its influence. I have to admit, though, that when played on the best possible speakers it sounds better and grows on me.

Halleluwah is eighteen minutes long, and took up a whole side of the original album. Sure, it is long but is strangely hypnotic, eating its way into your system with more captivating drums and various guitar sounds, electronic soundscapes and Eastern noises swirling  all over the place. The insistent drum sound reminds a lot of the one Paul Thompson would use on Roxy Music’s If There Is Something the following year and then on The Bogus Man in 1973. Strangely, also, the vocal melody at one point put me in mind of The Congos’ Fisherman, a reggae song highly unlikely to be influenced by this.

The track is most definitely the album's highlight. From here on in it all goes far too experimental for my liking.

Aumgn is another side-long affair, with a Chinese vibe to it and a far more ad hoc feel that renders it far less listenable. It is basically seventeen minutes of irritating ambient noise. I enjoyed the previous track, but no to this one. Tut mir leid. The same applies to the tape loops of Peking O.

Bring Me More Coffee And Tea is more pleasantly ambient in its mysterious, psychedelic way. Overall, though, this album’s critical respect is a bit of a mystery to me. I prefer the first half of it, finding the second half nigh on unlistenable. You know, what I really go for are the albums and tracks that were subsequently influenced by this rather than the album itself - the influenced as opposed to the influencer.

As for it being one of the greatest records of all time, as I have seen it described - do me a favour. 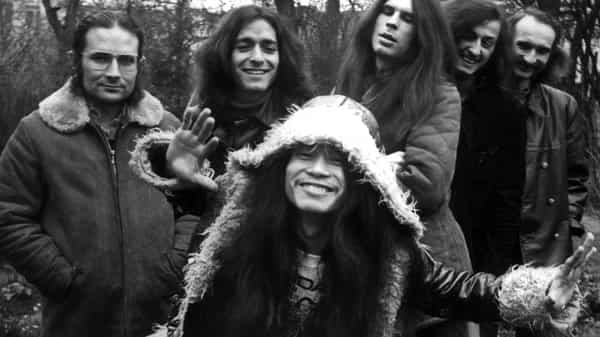 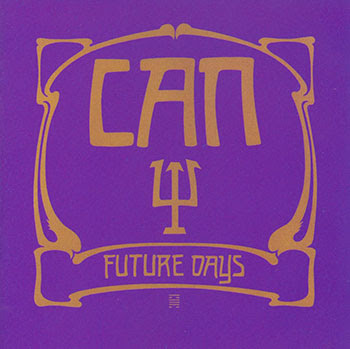 I prefer this album from Can to their more popular Tago Mago. It is more laid-back and subtly captivating in its quietly insistent soundscapes.

Future Days is a gently rhythmic and at times rather delicious serving of ambient music, featuring subtle percussion and guitar, as well as understated keyboards and a great, deep, throbbing bass line. It never annoys, this one, it just sort of washes warmly over you. This is in direct contrast to some of the more grating parts of Tago Mago.

The vocals are, in true Can style, mumbling, whiny and indistinct. You can hear a bit of something about future days, but it doesn't matter, does it? The vocals somehow suit the whole thing.

Spray is again nicely experimental, with an avant-jazz feel to it, particularly on the keyboards. As was the case on Tago Mago, I am really impressed with the drums here. The whole thing is like Kraftwerk meeting Santana from the same period and it takes electronic music to new levels. Can, notably, had an instinct for rhythm that Neu! or Tangerine Dream did not have.

Moonshake was an odd thing - a short Can single and a quirkily good one it is too, with some slightly incompressible but soothing vocals sung over a really infectious, groovy beat, like nothing else one has ever heard up to this point. It sounds like an off-the-wall post punk offering from six or seven years later. I can hear distinct shades of Roxy Music's The Bogus Man in there too as well as some early Roxy, King Crimson or X-Ray Spex parping saxophone.

The eighteen minute-plus Bel Air is back to a very chilled-out vibe, like something Groove Armada would incorporate into some dance rhythms many years in the future. The drum sounds remind me a lot of post-2000 dance music (not that I know much about that, mind). About half way through it loses it for a while and some buzzing flies keep us entertained before the music comes back with a slight Chinese air about it.

It is all very clever, inspired and inventive and I like it. Would I return to it over and over, though? Probably not, but I do appreciate its seductive intricacies. That said, I have played Future Days, the track, several times, so it must be taking effect. 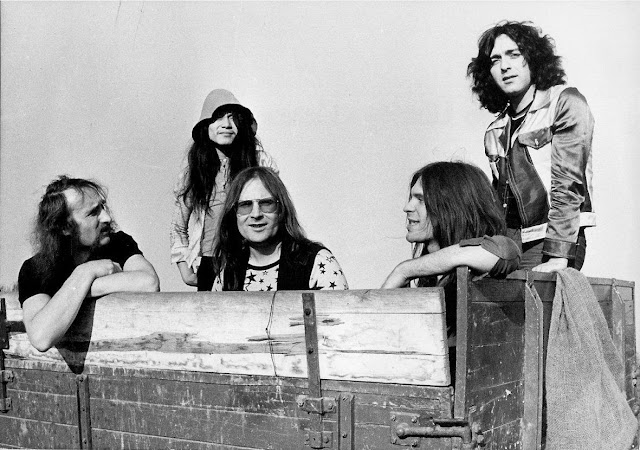