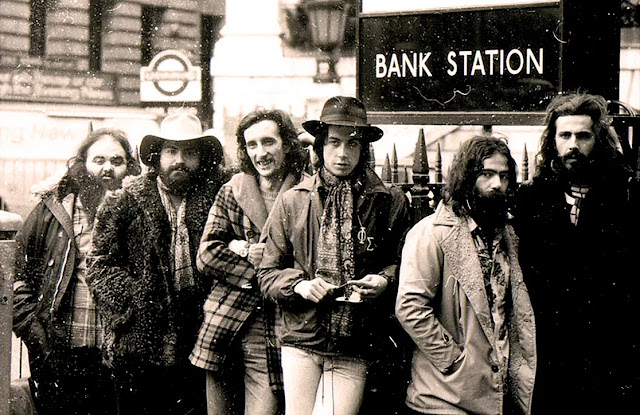 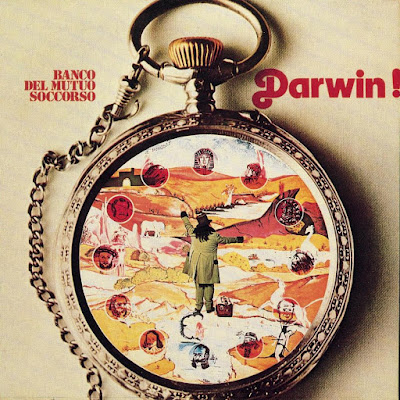 Along with Le Orme's Felona E Sorona, this is considered to be one of the finest early seventies Italian prog rock releases. Their name means "Bank Of Mutual Relief" by the way).

As with their contemporaries, and indeed most prog rock groups, there are lots of keyboards involved but there are also passages of crystal clear acoustic guitar, both melodic and searing rock guitar and pounding rock drums. Like with Le Orme, their Italian musicality shines through making the music, although grandiose and classically-influenced, have a distinct Mediterranean feel in places.

I would say that they were more influenced by Yes than by Emerson, Lake & Palmer (the main influence for Le Orme).

Their music can be exemplified perfectly by the thirteen minute-plus opener, L'evoluzuione, which includes some fine acoustic guitar, rumbling bass, spacey keyboards, madcap vocals, rollicking piano and stonking lead rock guitar. There is some Deep Purple-style keyboard soloing too as well as the requisite several changes of feel and tempo that is written on the tablet of prog rock commandments.

Danza Dei Grandi Rettili is beautifully laid-back and jazzy in places - check out the bass, piano and jazz guitar - at least before the proggy bits kick in.

The album tends to tail off somewhat on the last few tracks, becoming a bit too raucously indulgent, but it is worth a listen for these first three compositions. I think overall I prefer Le Orme, however.

Regular readers of my reviews will know that, traditionally, I have never been a huge fan of extended prog rock workouts, but the simple fact here is that what is being served up is just damn good music. End of. As they say. The regazzos could play, that was for sure. 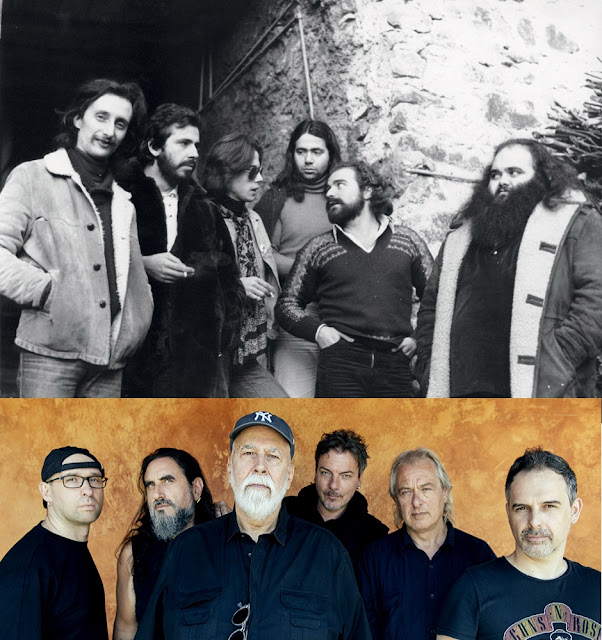