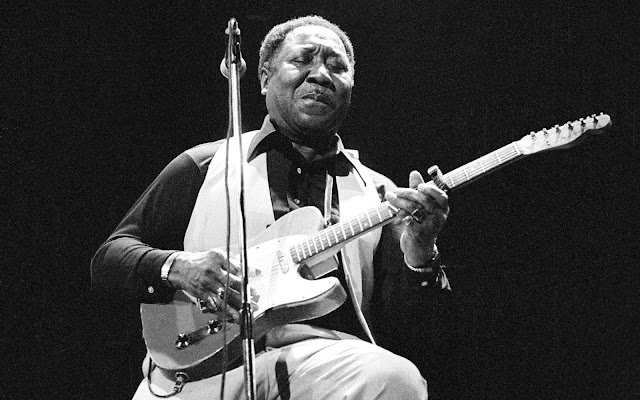 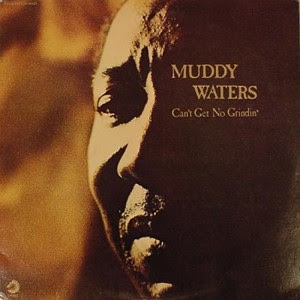 This was a blues-rock fusion album of high quality from an artist who, in 1973, was already a grizzled veteran. It is full of searing guitar, blues harmonica and rollicking piano - as you would expect - and lots of bluesy stereotypical lyrics - visiting a gypsy fortune teller in Mother's Bad Luck Child; being informed of his lover's death in Sad Letter; having an enthusiastic lover that wear him out in Love Weapon and some seemingly dodgy ones about "whuppin'" his woman in Some Day I'm Gonna Ketch You.

Funky Butt has Muddy getting the funk and, unsurprisingly wins no prizes for lyrical originality either, but who cares? It's the overall bluesy vibe that counts and the album has it in shovel loads.

Garbage Man is an amusing tale of Muddy's woman going off with the garbage man while he still has a bin full of garbage he needs help in emptying. Hmmm. You might need to do that yourself for the time being Muddy, or maybe look up the girl from Love Weapon to help you.

I like it when these old bluesers go rocky and funky, as many of them did in their later years - Albert King, Howlin' Wolf and BB King also released some fine stuff in the same vein.

An interesting review of this and another Muddy Waters album can be found on the estimable Mark Barry's site :-

Furthermore, if you like this album, check out these too :-