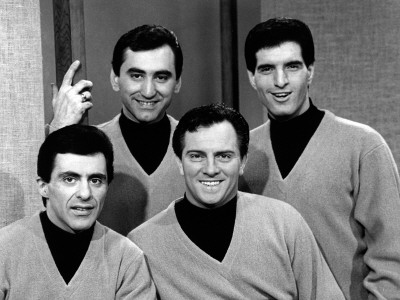 From sixties chart stars to seventies comeback artists - both eras from The Four Seasons are dealt with here....

The Best Of The Four Seasons 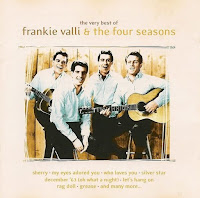 What a great, unique group The Four Seasons were - dominated by Frankie Valli's remarkable (if occasionally even a little ridiculous) falsetto, they took street corner doo-wop to the top of the charts with a string of singalong numbers that inspired later artists such as Billy Joel and Bruce Springsteen. They were, without question, one of the great white vocal groups and often have remained a little overlooked, which is a real pity as they really were something, coming up with hit after hit.

Also notable were a couple of big hits on the early seventies Northern Soul dance floors in The Night and You're Ready Now. 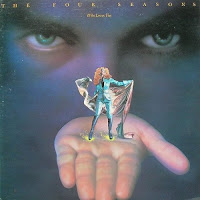 The Four Seasons were not about albums, were they? Hit after early-mid sixties hit guaranteed that they were not necessary. In 1976, however, they had a comeback as mature, AOR artists and had several hits, three of which are on this, their only really successful mainstream album in the true sense of the word. It saw the band full of new members, apart from singer Frankie Valli (who had a couple of big solo hits just before this in My Eyes Adored You and Swearin' To God). Indeed, Valli did not sing on all the tracks. The album was written and produced by sixties member Bob Gaudio, together with his wife Judy Parker.

Silver Star is a delightful, gently harmonious, slowly insistent song about dreaming of being a Wild West hero. It is presented here in its full six minute version (it was an edited single) and it goes through several changes of pace before ending in true Four Seasons high-pitched harmony vocal style. It is a really good track - The Four Seasons showing that they could do what everybody seemed to be doing at the time (David Essex and John Miles did similar songs in City Lights and Music) and recording a lengthy opus.

Frankie Valli delivers a typically impressive ballad vocal in the My Eyes Adored You style on the West Coast meets mid-seventies Billy Joel-ish Storybook Lovers. Joel was a self-confessed early Four Seasons fan, so in many respects they were acknowledging their own inspiration here. Harmony, Perfect Harmony is an Elton John-esque song made recognisable as The Four Seasons once more, of course, by Valli's vocal. The subject of the song is nostalgia for the late fifties-early sixties.

Who Loves You tapped into the contemporary trend for white disco, which acts such as The Bee Gees had started with Jive' Talkin'. It does so in fine fashion on a song full of irresistible hooks, strings and brass breaks. Mystic Mr. Sam features a catchy piano backing, more sassy brass and a very Billy Joel feel about it - very New York. The album's biggest hit was actually sung by drummer Gerry Polci and was a perfect exercise in infectious nostalgia - December '63 (Oh What A Night). It was a huge smash and now makes me very nostalgic for February 1976. I just love that instantly recognisable drum, cymbal and melodic piano intro. Slip Away is a pleasant enough, sleepy summer afternoon-sounding slow number while that Billy Joel vibe reappears on the lengthy (comparatively), piano-driven Emily's (Salle De Dance). There is a fine funky break half way through. This was a nice album - a perfect piece of mid-seventies nostalgia.

This was the follow-up to Who Loves You and was pretty much more of the same.

The first two tracks, If We Should Lose Our Love and Let's Get It Right serve as examples of the AOR-Billy Joel piano-powered enjoyable rock. Also notable was the excellent and most underrated single, Down The Hall, along with another good single in the harmonious, classy Rhapsody. Long Ago is really nice too, again featuring that December '63 piano intro. Put A Little Away is very Beach Boys-esque. Doo-wop meets seventies disco on the lively New York Street Song (No Easy Way).

The album doesn't really feature Valli much at all on anything other than the two singles as he was close to leaving the group. The musicians who did, feature, though, did a great job (particularly John Paiva on guitar) and, although it does not contain the big hits of its predecessor, for me, it is the more consistent and enjoyable album overall.