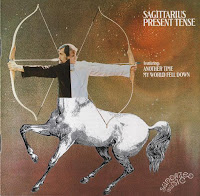 Sagittarius were a difficult to categorise rock-pop-psychedelic US band from the late sixties. This was the first of only two albums that they released. They seem to have become so obscure that I am unable to source a picture of them anywhere.

Some of their material appears in those “Nuggets” compilations of US “garage rock”. I have to admit that they are a recent discovery of mine, via getting into the afore-mentioned sub-genre. The album, for one that dates from 1968, has a glorious, clear stereo sound to it.

Another Time is a beautiful, dreamy number, with a sweet vocal and a deliciously unthreatening but melodic backing. It is simply  a lovely song. Song To The Magic Frog (Will You Ever Know) is so very typically 1968, with some angelic vocals over a pleasant keyboard backing. Once again, the sound quality is just sublime. The same can be said for the wonderful gentle bass and drum sound on the also extremely harmonious You Know I’ve Found A Way.

The Keeper Of Games is guess what? You got it - sweetly backed and sung. As it was 1968, though, there had to be some Eastern sitar-sounding backing and freaky ambience, and this duly arrives on the blissfully psychedelic Glass. Would You Like To Go also taps into a trippy, dreamy vibe. The group’ best-known track was the heavily Beach Boys and Mamas And The Papas-influenced My World Fell Down which just lifts one’s spirits as soon as it is heard.

Hotel Indiscreet sounds like Sparks would do some six years later while I’m Not Living Here is breezily appealing. Musty Dusty is an awfully sad song about lost childhood and the album ends with a Beatles-eque (check out the Starr-style rolling drums) number in The Truth Is Not Real. After half an hour or so, I am probably ready to listen to something else, but it has been a nice, innocently nostalgic thirty minutes.

Check out the Nuggets compilation too :- 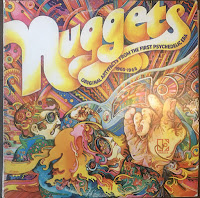