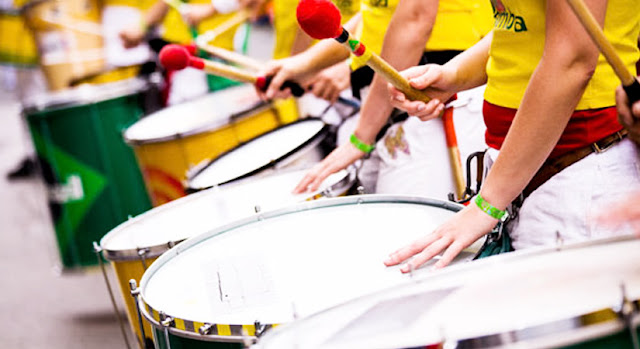 I have long had a love for Brazilian music, from its mellifluous, coolly classy Samba rhythms to its pounding West African drum sound from the north west Bahia region. It exudes an easy, effortless groove, even in its more upbeat sounds, that has influenced many Western musicians, most notably Paul Simon on his Rhythm Of The Saints album. Check out Tchori Tchori on the first Rough Guide album for the rhythms on the album or Swing Da Cor and Deusa De Ebano on the Bahia album for the drum sound used on The Obvious Child.

It is important to remember that Brazilian music, particularly Samba, is not Salsa, which is Hispanic and Latin American. Samba is far more subtle, less blatantly rhythmic. Apparently, Samba is consequently far more difficult to dance than Salsa, with more nuances.

This beautiful music merges the laid-back melodies of Portuguese music with the bassy drum beats and infectious rhythms of West Africa. These sounds were brought to Brazil by Portuguese colonists and thousands of West African slaves. The eventual result, centuries later, is a passion for Samba that rivals football as a national obsession. 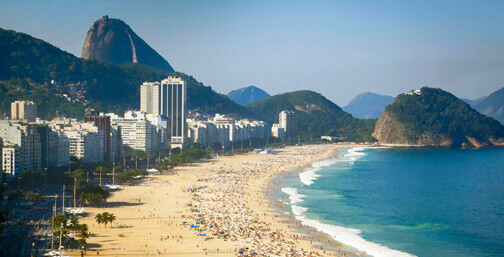 The gentle, relaxing rhythms of Samba are embellished by vocals sung using the appealing “oo” and “sh” sounds of the Portuguese language. It is all so very instinctively rhythmic while the pulsating music from the West  African-influenced Bahia region is more drum-driven, exciting and captivating. Add to these music that mixes ethnic Brazilian sounds with jazz and you have another irresistible sub-genre. If anything, the jazz-samba cuts are the most infectious. It is this sort of material that is often used as background to TV travel programmes about Brazil.

Incidentally, Brazilian songs seem to contain the same few words - Brazil-Brazileiro/a; Rio de Janeiro; Capoeira/o; Carioca; Samba and carnaval. Never has one country sung about itself in so many songs.

All of these styles make for a heady mix whenever I mix tracks from the albums shown below on a playlist. Dipping into Brazilian music is guaranteed to lift the spirits.

All of these compilations show above are excellent, I can dip into any of them at any time and gain enjoyment.
Also notable are some individual artists whose work I have have listened to - The Best Of Fernanda Porto, which is a fine example of the "drum and bossa" post-2000 sub-genre of beaty samba; also in that category is Morena Bossa Nova by Clara Moreno; slightly less drum-driven and more ballad-ish (not all the time, though) is Sala De Estar by Quinto. Introducing Ruivão by Ruivão is another good one in the more contemporary samba style.
Finally, well worth checking out are these three stonking compilations of Brazilian psychedelia. It is a bit of a loose term and a wide genre, but there is some really good stuff contained therein as rock guitars and spacey keyboards enhance the more familiar Brazilian grooves.
Email ThisBlogThis!Share to TwitterShare to FacebookShare to Pinterest