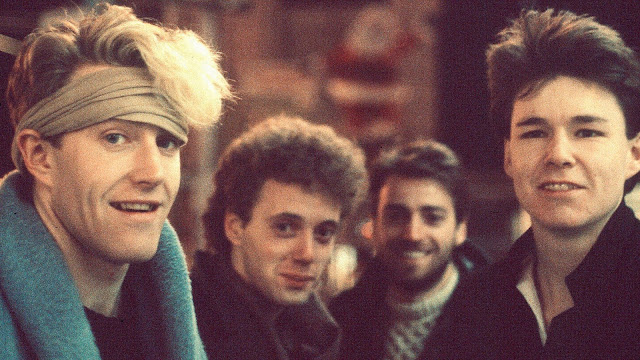 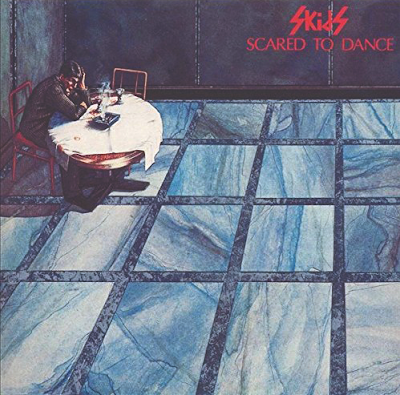 Scottish band The Skids were second division punks, coming to the scene a bit late in 1979,  by which time the whole thing was ebbing away into post punk. They were led by charismatic singer and songwriter Richard Jobson and future big country guitarist Stuart Adamson. Jobson was the lyricist, while Adamson wrote the music. Listening to it, though, I feel that it sounds a lot like the sort of material that Adamson wrote for Big Country, lyrically. Maybe he was heavily influenced by Jobson. Certainly the music sounds very much like prototype Big Country. It was all a bit in need of fine tuning, however, something Big Country managed by the time of their debut album, The Crossing, in 1983.

What a storming opener Into The Valley was, though, with its killer, additive riffs and anthemic, rabble-rousing chorus. It has Big Country written all over it. The same can be said of the chugging but incisive Scared To Dance, a sort of post punk slow punk song if you get my drift. It is a fine, brooding, Caledonian-sounding track.

The frantic, punky and energetic Of One Skin begins with a very Big Country-esque riff that continues throughout the song. The staccato Dossier (Of Fallibility), although muscular, doesn’t quite get there for me, being a bit too “chunky slow punk by numbers” for my liking.

Melancholy Soldiers is a fine, rousing Into The Valley soundalike with more great riffing and  “woah-ho” chorus.

Hope And Glory is in the same vein of most of the album, but it sounds a bit clumsy, particularly on its chorus. The Saints Are Coming is very Joe Strummer-esque in its introductory vocal and is powerful enough, but once again it has a definite poor man’s punk feel about it. By the time this was released, on 1979, many of those original punks had moved on.

Six Times has some great riffs and is a bit Sex Pistols-ish in places but it ends up as a bit of a racket. Calling The Tune slightly appropriates the riff from The Sweet’s Wig Wam Bam, while also sounding like one of The Sex Pistols’ lesser-known chunkier songs from Never Mind The Bollocks. Integral Plot is a Clash-like rocker with a real Big Country guitar sound, while Charles seems a little Jam-esque to me. I quite like it, though, despite its derivative sound.

This enjoyable but not particularly remarkable album ends with more of the same riffing on Scale. All ok enough, but I wanted more by 1979, I think. It was a bit punk and a bit post punk and probably not enough of either to really convince, but what a fine hit single it produced in Into The Valley. 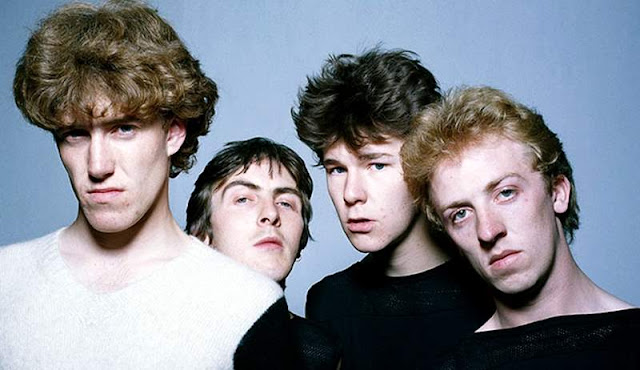 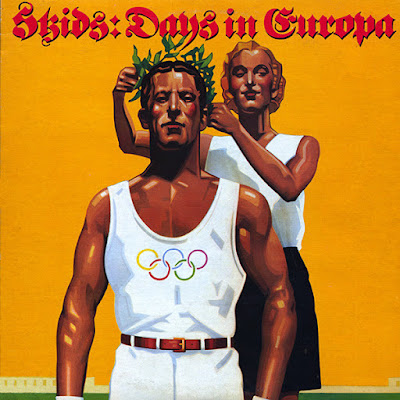 Hot on the heels of their debut album came more Caledonian riffing from The Skids. Personally, I prefer it to the debut - the compositions are fuller and beefier.

It kicks off with a real Big Country-sounding rocker in the excellent Animation. It was the album’s third single. The big, rolling, military-style drums are here as is the bagpipe guitar sound. Next up was the minor hit single, Charade, which is beautifully chunky in its riffage and has a rousing chorus refrain (the song’s title, basically). Although not quite up to Into The Valley’s standards, it was still a good one.

Pros And Cons is deliciously riffy too (what a surprise) and the album’s other single, Working For The Yankee Dollar, was an upbeat once more tub-thumping song that made a great choice for a single. Home Of The Saved was brooding and sombre, however. At the risk of repeating myself, the riff is just so....Big Country.

The Olympian features some rolling drums and another fist-pumping chorus and yes, more searing riffs as does Thanatos. A Day In Europa is tuneful, but it doesn’t pull up many trees, while Peaceful Times finds the group dabbling in echoey electronic sounds, surprisingly. Its reverse-played vocals are a big mistake, though.

** The non-album single from the period was the unsurprisingly up and at ‘em strains of Masquerade. 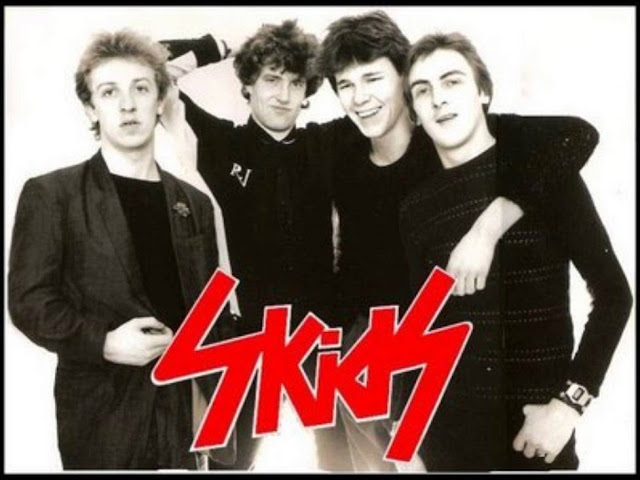