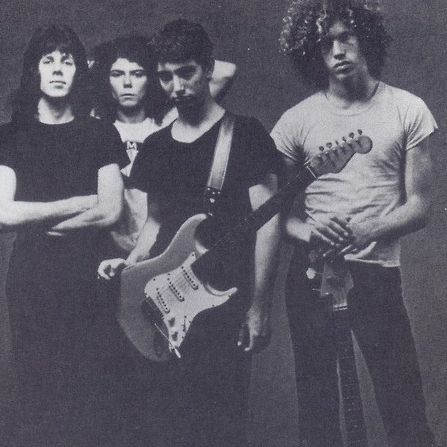 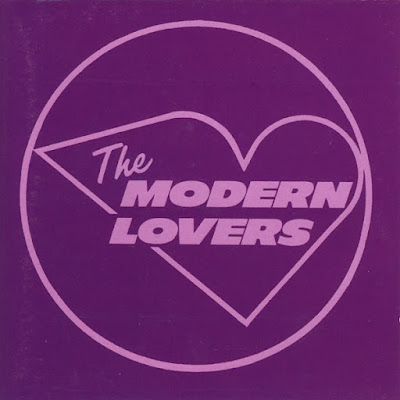 This is a most intriguing "new wave" album. Released in 1976, produced by the Velvet Underground's John Cale, and featuring the enigmatic singer Jonathan Richman as well as future Talking Head keyboardist Jerry Harrison it contained music recorded in 1971 and 1972. It became one of the first "proto-punk" records, along with Television's Marquee Moon. Give me this any day though.

What an incredible creation it is - new wave five years before it even existed. Despite that, apart from Roadrunner, it still slipped under many people's radar at the time. Its critical kudos was garnered over subsequent years.

Yes, it contains huge Velvet Underground influences, but geeky, fey singer Richman was certainly no drug-addled Lou Reed, bringing a teenage angstiness and naivête to the music. the Modern Lovers' garage band-style rough enthusiasm lends the album a freshness and vigour too. Were there geeky anti-heroes in rock music in 1972? No sir. Jonathan Richman made the mould, paving the way for the Costellos, Byrnes, Ramones, Parkers, Jacksons, Shelleys, Devotos and Durys. Richman had that David Byrne college boy look five years before Talking Heads' first album.

The iconic, pounding, minamalist yet intrinsically poppy and singalong Roadrunner appears here in its original organ-driven magnificence (there are several versions of the song, all of which are great, but this one has a loose, rawness that is most appealing). Get hold of Roadrunner (Twice) if you can too, as that is equally wonderful. Did anyone really record stuff like this in 1972? Sure, these guys did.

Astral Plane is a superb track, full of Doors, Velvet Underground and Iggy Pop before Iggy Pop vibes. It cooks along in beautifully deep bass drums and organ style and I love it, just as I do the extremely Velvet Underground punchy rock of Old World. Richman's vocals and lyrics are very Lou Reed as is the underlying chugging riff. It does sound somewhat like Roadrunner in places, but no matter.

David Bowie covered the once more very Velvety chug of Pablo Picasso on his 2003 album, Reality. Listen to that mid-song guitar - straight from late sixties VU. "Pablo Picasso was never called an asshole..." states Richman, defiantly, to all those who may want to call him one.

The proto-Joy Division-ish She Cracked is probably the closest Richman got to Reed's urban disaffection as he rants over a frantically raw, edgy riff. The sombre Hospital is a sort of Sister Morphine meets Heroin bleak number too. Once more, the vocal is totally Reed-inspired.

Someone I Care About is a magnificently pumping, organ-powered piece of psychedelic sixties rock all grown-up. Does it not qualify as being one of the first punk (US style) records? I can't get enough of its deep, grinding sound. I think one of the regular contributors to my site will love it, without even asking him.

Girl Friend has Richman going all teenage boy romantic in what would become true late seventies anti-hero, paranoid, self-conscious fashion. This lovely little song was way, way, way, way ahead of its time. Love it. The original album's other nugget is the Roadrunner mark two glory that is Modern World - those riffs, the Roxy Music-ish keyboard madness, Richman's drawly, bored-sounding vocal, all combine together to give the modern world a true modern wave classic. I'm in love with the modern world indeed.

** Some great non-album tracks are the upbeat, paranoid rock of Dignified And Old ("some day we'll be dignified and old" - Hey Jonathan - I'm already there) - and the critically-lauded I'm Straight where Richman tells us he is no drugged-up hippy, he is just ordinary. He made it all possible for ordinary callow youths such as myself have a great time in 1977-78.

Government Center is a Ramones-ish handclappy piece of 1973 (yes, 1973) punk, as is the also very proto-Ramones I Wanna Sleep In Your Arms. 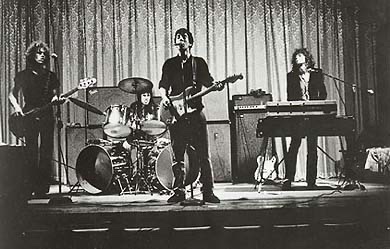