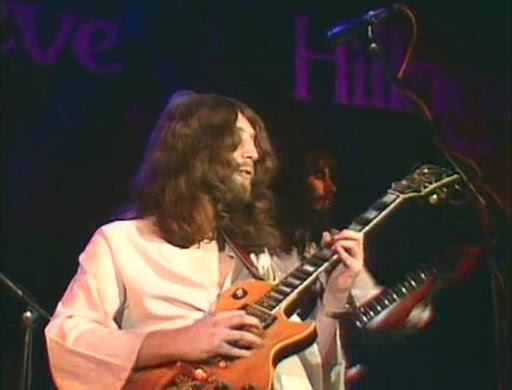 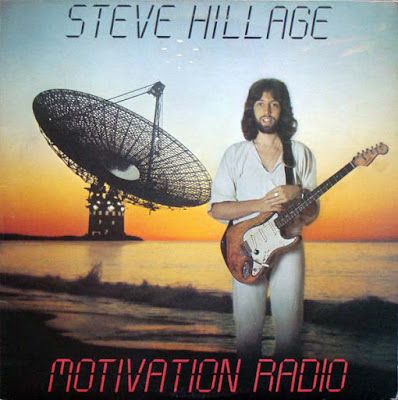 An album from 1977 that totally ignored contemporary punk trends, this one. It was “spacey rock”, with slightly annoying lyrics about the cosmos, leylines and saucers, sung in a weak, unconvincing voice by Hillage but redeemed by his excellent guitar work. The guy could play guitar but he sure couldn’t sing too good. It has a funky side to it, too, as Hillage had intended - apparently he had become irked by many prog rock followers’ dislike of funk and he became determined to go down the funk route. He didn’t consider himself to be a prog artist and he disliked the term and the fans’ musical snobbery. I have still categorised it as prog, however, due to its hippy-new age lyrics and Hillage’s long hair and hippy beard. If he had wanted to shake off the prog shackles and go funky he could have tried harder. It was not an album that would win over any punk or funk fans. The claim that he had “got the funk” was pushing things a bit.

Both the Trampled Underfoot-esque Hello Dawn and Motivation are strong songs, somewhat blighted by Hillage’s voice. The latter, particularly, features some fine guitar and a vague funk-rock vibe but when Hillage sings “motivation is the key!” I just think “oh dear”. If you thought that Hillage’s voice was bad, though, then listen to the positively awful female vocal on Light In The Sky. Whoever it is, (keyboardist Miquette Giraudy) it is not good. Otherwise, it is a fine chunky rocker.

Radio is a lengthy number with an introduction that goes on for ages. I like it, though, and feel a bit disappointed when the vocal arrives, its grating "radi-ohhhh” sound spoiling what was a nice instrumental groove. Wait One Moment sounds very Pink Floyd, to me. Hillage’s weird guitar sounds are excellent on this one.

More fine guitar introduces the psychedelic-ish fuzzy rock of Saucer Surfing, a song that, despite its funky underbeat, still has many prog aspects to it. It also has a bit of a punky riffiness to it too. The bass is deep and funky, I have to say.

Searching For The Spark is pure, organ-driven spacey prog, isn’t it? Not too much funk here. The same applies to the instrumental Octave Doctors, which highlights Hillage’s swirling guitar. The closer is a freaky, psychedelic guitar and funky bass cover of Not Fade Away, which is musically really good but is totally ruined by Hillage’s truly terrible vocal.

This was about as far away from what I was listening to in 1977 as you could get, but experienced now, it has its good points, despite its glaring vocal limitations. 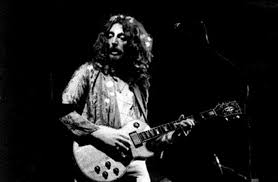 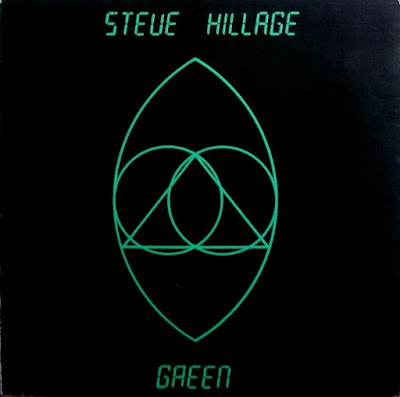 Actually, Hillage went even funkier on this next release, written at the same time as Motivation Radio, but not released until the spring of 1978 on luminous green vinyl (I remember it well). It is an album full of funky guitars, funky bass and lots of interesting, spacey, electronic sounds. The opening track, Sea Nature, serves as a fine example of this sound and, thankfully, it concentrates more on the instrumental side of things than it does on Hillage's weak voice. There are a lot of hints of The Electric Light Orchestra's contemporary sounds on this, and it is no surprise to learn that Hillage was the support act on their 1977 tour. You can pick up on a lot of cross-influence. The album was produced by Pink Floyd's Nick Mason and you can easily detect that pollination too.

Ether Ships is an ambient instrumental that sounds like Kraftwerk have got in the studio with Jean Michel Jarre. The synthesisers mix perfectly towards the end with drums and rock guitar. Indeed, Hillage was playing "guitar synthesiser". Musik Of The Trees uses acoustic guitar and some Eastern influences as well as a very Pink Floyd-esque vocal. Palm Trees (Love Guitar), unsurprisingly, features some superb guitar.

Unidentified (Flying Being) is wonderfully funky for a supposed prog artist - check out that rubberband bass line. It cooks with funk, you would never believe it was Steve Hillage, well, until he starts singing. The funk continues straight into UFO Over Paris, adding a bit more electronic stuff.

Nick Mason plays drums on the wonderfully ambient, chilled-out Leylines To Glassdom. The final three tracks - the infectious, beguiling Crystal City with its very Bowie-like vocals, Activation Meditation and the lengthy workout of The Glorious Om Riff continue with an electronic atmosphere until the latter breaks out into some glorious spacey rock.

The album was low on voice and high on music and, in Hillage's case, that was a good thing.

Despite punk being the media's music of choice in 1977-78, punters lapped up Hillage's output, he was almost cultishly popular at the time. I remember my then girlfriend having a big poster of him on her bedroom wall. He seemed to avoid the punk backlash against perceived prog artists, possibly because of Hillage's support for both punk and funk sounds. 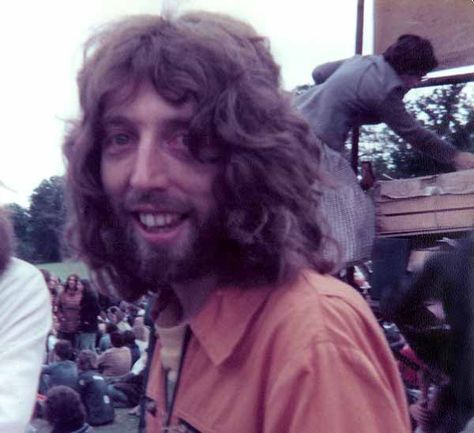