These are a selection of fine singles from punk-new wave artists that I really like, but the artists do not justify full album reviews in the way that others have, so I have lumped them all together, the tracks are listed, along with brief descriptions, at the bottom of the page:-

The Radio Stars - No Russians In Russia (1977). A band made up of ex-members of sixties psychedelics John's Children and seventies oddball glammers Sparks always seemed to me like gnarled, leery old rockers messing around with punk. That's exactly what they were. The song is hard-hitting, raw-sounding rock with a punk edge to it and an instantly appealing chorus. 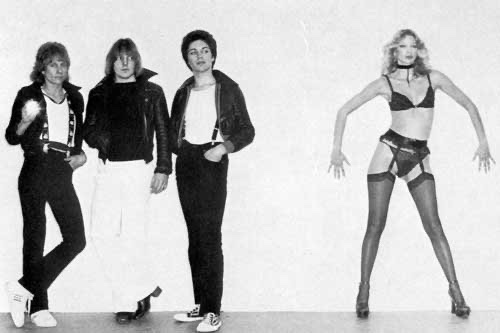 The Skids - Into The Valley (1979). Featuring soon-to-be Big Country guitarist-singer Stuart Adamson, this superbly anthemic riff-driven number was the one great single this slightly pretentious (mainly due to singer Richard Jobson) band had. Just get a load of that intro though.
The Adverts - Gary Gilmore's Eyes (1977). One of the first punk songs to chart, this classic of the genre is a grisly imaginary tale of a transplant patient waking up and realising that they are now looking through the eyes of executed murderer Gary Gilmore. "Gary don't need his eyes to see, Gary and his eyes have parted company" - what a great line. Oh, and we all fancied Gothic-looking punk pussycat Gaye Advert, the bassist. She inspired many a regular girl to don a leather jacket and go overboard on the black eyeliner. 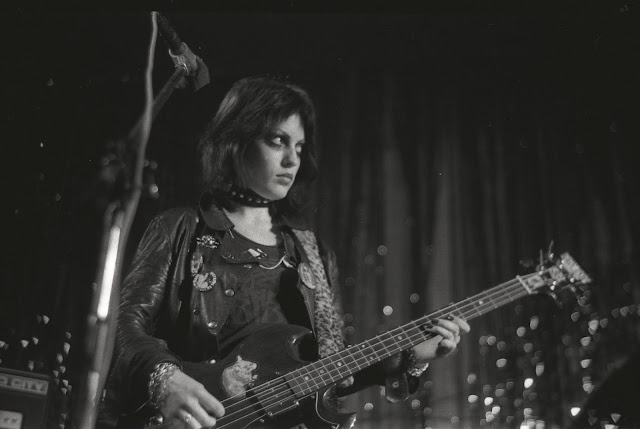 The Runaways - Cherry Bomb (1976). From way back in the almost pre-punk days of 1976 came this anthem of female teenage rebellion by all-girl group The Runaways. Was it punk? Yes course it was. "Hello daddy, hello mom...I'm your ch-ch-ch-ch-cherry bomb!!!". Mindlessly magnificent.
Bow Wow Wow - C30 C60 C90 Go! (1982). At the other end of the timeline is Malcolm McLaren-produced punk-infuenced but not punk strange band Bow Wow Wow, featuring a teenage Burmese lead singer in Annabella Lwin. It has all of punk's frantic, breakneck energy and is irresistibly enjoyable, as well as being completely idiotic.
The Knack - My Sharona (1979). A drum-powered and horribly snappy new wave number that many people loved but I always found just a bit irritating. It still makes me nostalgic, however, so it makes the list.
The Motors - Dancing The Night AWay (1978). This rousing, crashing number was the only half-decent track from plastic punk coat-tail mainstreamers The Motors. They had a guitarist who called himself Bram Tchaikovsky, I recall. Their follow-up hit, Airport, was bloody awful. Just take a look at them too. Oh dear. 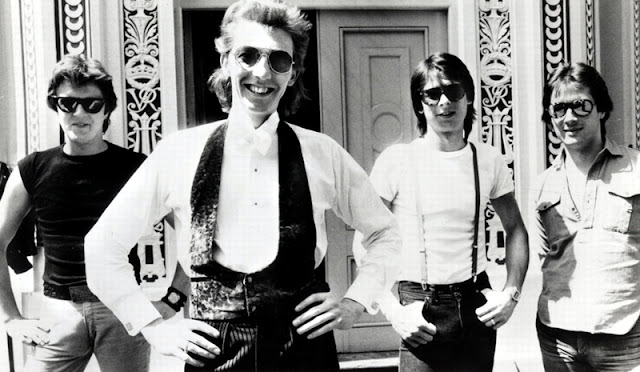 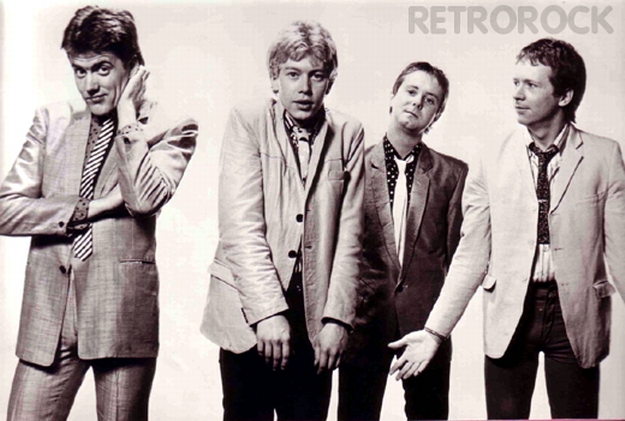 Martha & The Muffins - Echo Beach (1980). Full on post punk-ish catchy new wave but without the misery from Canadian group Martha & The Muffins. Again, it is impossibly catchy as so many of the new wave hits were.
Department S - Is Vic There? (1980). Marvellously minimalist, sparse and extremely atmospheric piece of strangely commercial post punk. The keyboard ruled on this one. Welcome to the eighties.
Rock Lobster - The B52's (1978). Frantically madcap, completely insane high-pitched organ and silly vocals-dominated song from a weird group that I find impossible to define. So I won't.
Lene Lovich - Lucky Number (1979). Talking of bonkers - this was a bizarre but utterly memorable, word-definingly quirky one-off hit, complete with singalong "ah-oh, ah-oh" refrain that everyone went around singing at the time, together with silly Lovich moves. Did I fancy Lene? No, she'd have been too much trouble - messing around in the bath like she is below. 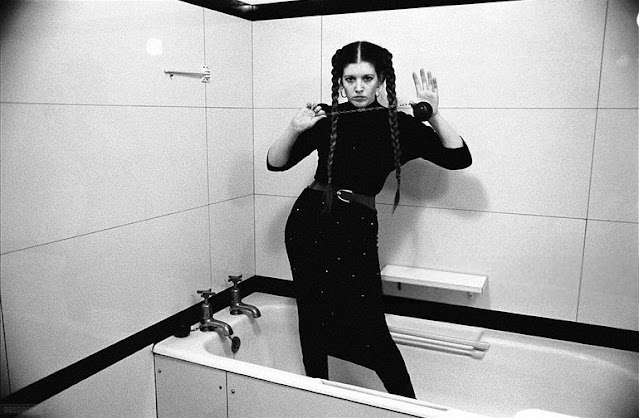 The Members - The Sound Of The Suburbs (1979). A number 12 hit for these punk 'c'-listers. It was a tub-thumping, fist-pumping rabble rouser, sung by Nicky Tesco (who named himself after a supermarket).
The Only Ones - Another Girl Another Planet (1978). A surprisingly early poppy post punker that always shows up in people's new wave playlists, including mine. That's all I know abut it, or the group, however. Sorry to all the Only Ones fans, of which there are quite a few still around. They seemed to have a cultish reputation amongst post punk snobs.
The Dead Boys - Sonic Reducer (1977). Proper US CBGB's punk from these decidedly unsavoury, druggy oiks, led by nihilistic nutter Stiv Bators. Full of verve and punk power. The band were portrayed in the movie CBGB's, with Rupert (Harry Potter) Grint playing one of the band members, surprisingly well. 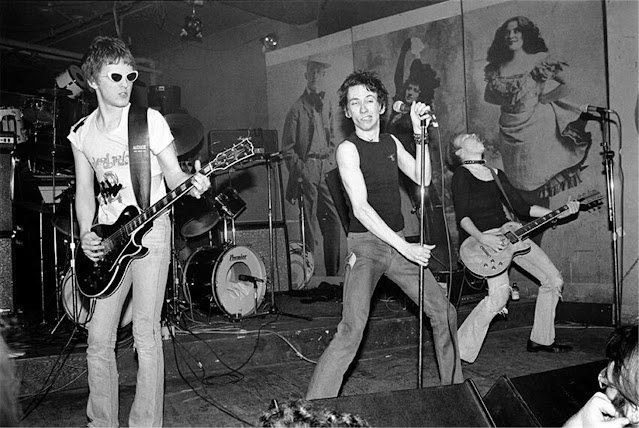 Holly & The Italians - Tell That Girl To Shut Up (1979). Excellent piece of girl group-inspired but hard-as-nails new wave housing project poppy punk from a US group that I never heard anything else from. 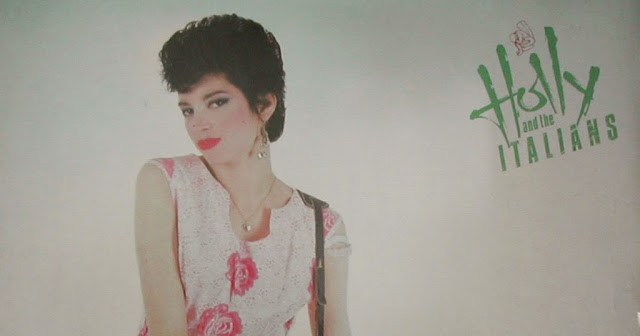 The Teardrop Explodes - Reward (1980). No punk here. New romanticism rears its preening head early on in the shape of pretentious singer Julian Cope. It was a great, hooky, brassy song, though.
Celia & The Mutations - Mony Mony (1977). The Stranglers backed hitherto and subsequently unknown French (or maybe German) singer Celia on this punky, gritty, organ-powered Tommy James & The Shondells cover.
Plastic Bertrand - ça Plane Pour Moi (1977). Belgium's only punk chart hit, and what a truly great one it was too. It still sounds great today, full of blaring saxophones, killer riffs, frantic vocals and Gallic joie de vivre (or whatever that is in Flemish).
Rich Kids - Rich Kids (1978). Ex Sex Pistol Glen Matlock delivers a guitar-driven 'b' list punker.
Richard Hell & The Voidoids - Blank Generation (1977). One of the great, ground-breaking US punk songs. For the title alone it should be there in any list of influential punk compositions. Although its iconic title amounted to a lot more than the sum of its parts, it somehow exemplified the seediness of US punk and is surprisingly sloganeering for a song from that sub-genre. 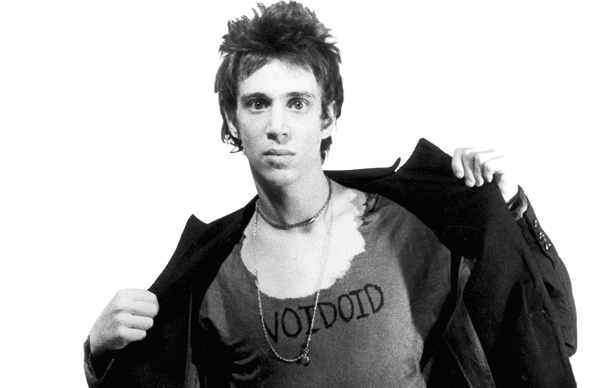 Wreckless Eric - Whole Wide World (1978). A poor man's Elvis Costello-Nick Lowe-Ian Dury (take your pick) who accompanied them on the legendary Stiffs tour. The song is a fine offering of melodic new wave pop, though.
The Saints - I'm Stranded (1977). An early 1977 surprising offering from Australian punks The Saints. Riffy and hooky, it should have been more of a success.
Email ThisBlogThis!Share to TwitterShare to FacebookShare to Pinterest