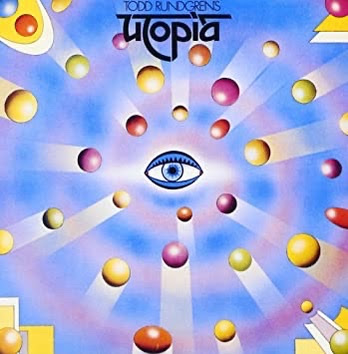 Todd Rundgren is an artist that I have never really got to know. My only memory of him is of a minor hit single from 1972 called I Saw The Light, which was sort of George Harrison meets Phil Spector-ish. Rundgren had also been involved in music since the sixties so he had been around a bit without any really notable success. In 1974, however, he decided to board the prog rock train and released this four track album of largely instrumental virtuosity. It will clearly not be to everyone's taste, but whether you can sit through a track lasting thirty minutes or not, there are still some fine passages to be found on the album.

Utopia Theme, a live track, is a mad fifteen minutes of prog rock virtuosity, or gratuitous indulgence, depending on whatever your point of view may be. It includes ELP-style insane classically-influenced keyboards, meandering instrumental passages, occasional vocals and, notably, about five minutes from the end, some superb guitar, piano and drums rock riffage that surely-to-goodness influenced Meat Loaf’s Bat Out Of Hell (the song). Of course it did, Rundgren was the producer on that legendary album.

Yes, the track is way, way, way too long and does not beg many listens - that was the problem with much of prog rock, for me, it simply went on way too long, travelling down so many blind alleys. That is what happens here, the track gets precisely nowhere. On the other hand, some of the musicianship is genuinely first class, rendering the album worthy of one’s respect, at least.

Freak Parade also utilises one of prog rock's favourite things  - the swirling crazy keyboard sound á la Emerson, Lake & Palmer. Along with that, though, there is some fine slow melodic guitar and some equally appealing bass and drum sounds. As readers of my reviews will know, I have never been a hug prog rock fan, but I am enjoying my journey into its recesses. I'm not sure whether I will return on a regular basis, but there is something strangely addictive about this stuff. The military drum-bass-keyboard interplay on this track is excellent and there is a surprisingly funky, clavinet-driven bit just before five minutes in. A lovely deep bass solo sees the track out. Another good bit - great in isolation.

The riffy, psychedelic-influenced rock of the short (four minutes!) of Freedom Fighters is the closest thing this group came to something that could be played on the radio as a single. It's actually really good, if a little tinny. It was not released as a single but if there was such a thing as a great prog rock single, this would qualify.

Then we get The Ikon - thirty minutes - yes, thirty minutes of wild, solid prog rock noodling - riffs, keyboards, breezy vocals, pounding drums - that will get the nerdy, studious boys and flowing skirt-wearing girls slipping easily into a dream of cheesecloth and incense. One either loves it or hates it. I am somewhere between the two in that I am prepared to give it a chance and, as with so much prog rock, there are so many changes in tempo and style that you are guaranteed to like some of it. Also something prog rock had was that its exponents could play, not half.

Can I sit through this? Not easily, I have to admit, but its multiple changes make it sound like more than its four tracks. At times recently, I have got disturbingly proggy. I guess there is more to music than punk, Motown and Springsteen. A lot more. 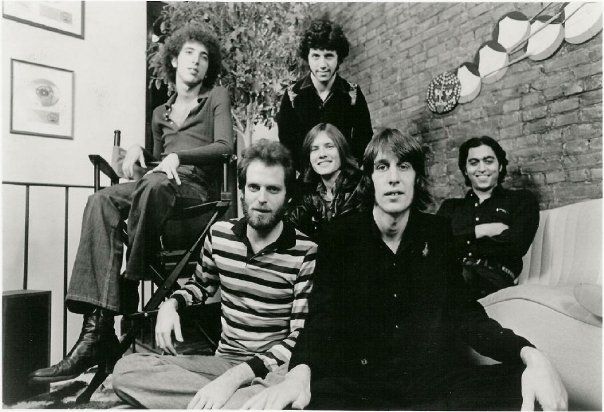 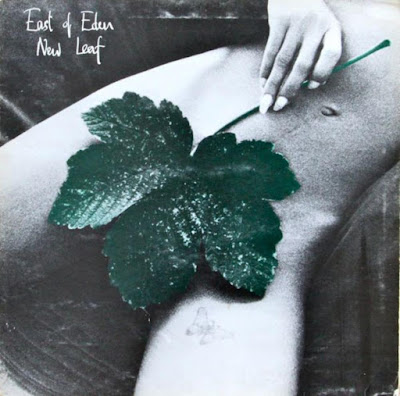 An appealing band were East Of Eden, who merged folk music with prog rock and a bassy funkiness at times. Check out the lovely deep thump of the grinding instrumental Bradshaw The Bison Hunter for starters - no classically-influenced meandering ELP keyboards here. It is a truly wonderful, deceptively funky track. Great sound quality on it as well. The vocals arrive on the fiddle-driven, muscular funky folk rock of Ain't Gonna Do You No Harm. I really like this. It is like some of The Strawbs' stuff but with a chunkier sound, great bass and a stronger, bluesier vocal. I really dig this stuff, man. Yes, really. I love it.

I like my prog rock like this - the acoustic Get Happy could almost be Paul Weller in the 2000s or Traffic in the seventies. This is a world away from Yes and ELP. I would say that this is far more folk rock than prog rock. Maybe the group's best years just happened to have been around the same time as the proggers and they got caught under the same umbrella. Don't Be Afraid sounds very similar to some of the early Rod Stewart solo material, with David Jack's voice equally gritty. That bluesy country-influenced rock was very popular in the early seventies.

More of a Traffic vibe can be heard of the grinding bluesy rock of Man Said. Look this isn't noodling prog rock - it is chunky, industrial rock if you ask me. Listen to the guitar solo, the bass and the heavy rock-style vocal for proof. Song For No One is the bassiest, funkiest piece of prog rock I have ever heard, for a start. It bubbles and boils with funkiness from beginning to end. Once again, the vocal is great, reminding me a bit of Family's Roger Chapman. There is more Traffic influence to be had here too, or maybe this influenced Traffic?

Joe is an evocative slow rock ballad that reminds me of Bad Company. Unfortunately it is a terribly sad song about a guide dog that moves me too much to listen to it more than once. Nothin' To Do also has that Paul Rodgers-Free-Bad Company feel to it, as does Road Song, with added Rod Stewart-style mandolin. A solid bluesy guitar introduces the excellent grind of Home Blues. This is a great track too, full of bluesy power. Prog? I don't think so

The group also had a great instrumental folky hit hit single in 1971 with the irresistible fiddle sounds of Jig-A-Jig, a track I clearly remember from the time. Check out that great bass sound and fuzzy guitar on it too and the stonking drum-guitar interplay near the end. Boogie Woogie Flu is a great rocker of a non-album cut, too.

A really good album, this one. A proper rock album, for me. 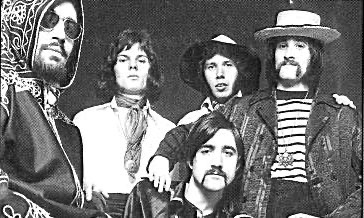 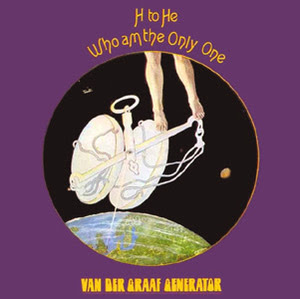 More obviously in the prog rock mould were Van Der Graaf Generator, who, although they only had five tracks on this typically preposterously-titled album, boasted a big, deep sound enhanced by saxophone - something unusual among prog rock bands. Killer, the album's opener, is a fine example of their dark, brooding version of prog rock. It almost sounds like Black Sabbath at times, but with blaring saxophones - a most interesting cornucopia. The old proggy swirling organ is still there, however and the saxophone at the end must have influenced Roxy Music, I'm sure. It is a big, monstrous delight of a track. Actually, it sits a bit incongruously from some of the rest of the album

House With No Door is just lovely - quiet and seductive with a beautiful bass line and gentle drum sound, together with an ethereal, understated vocal. It is prog rock with a soul, if there could be such a thing. I find this a very moving piece of work, in a hippyish, early seventies sort of way. There is something so very early Bowie-esque about it, too, isn't there? Listen to the great organ solo at the end - great stuff.

Emperor In His War-Room is very late sixties, psychedelic-influenced as it mixes wild, psych sounds with low-key, quieter passages in true prog style. King Crimson's Robert Fripp played on this and it sounds quite like some of the stuff on their album from the previous year. There is another melodic bass line to be found here and VDGG seemed to be a band who always utilised a bit of melody in their proggy wildness.

Lost: The Dance In Sand And Sea: The Dance In The Frost is somewhat bloated in prog style, but the saxophone gives it some rousing moments, as indeed does the drum-keyboard-bass-saxophone interplay around three minutes in. That deep bass line when the sound suddenly goes quiet is truly sublime. The vocal once again sounds so like Bowie at times. indeed, Bowie was said to have been a fan of theirs, as was Peter Gabriel and, that old proggy himself, Johnny Rotten (ever get the feeling you're selling out, Johnny?). Back to Bowie, the use of the saxophone reminds me of the atonal instrumental tracks on the "Heroes" album.

Yes, VDGG were undoubtedly a prog group, but there was an intriguing darkness to their sound, an innovative madness that attracted. Pioneers Over C makes me think of Roxy Music's early stuff at times too, in its haunting, often stark saxophone sound. The bit where the song breaks out around three and a half minutes in is great, but as with all of this sort of thing, it is an acquired taste. It is intellectual music for listeners who want to be challenged. Mostly in music I just want to be instantly moved by something less testing, (sorry if that makes me sound shallow) so this is certainly not something I will listen to over and over, but I can appreciate its brilliance in places, so maybe I'm not far away from the group's intended effect after all. 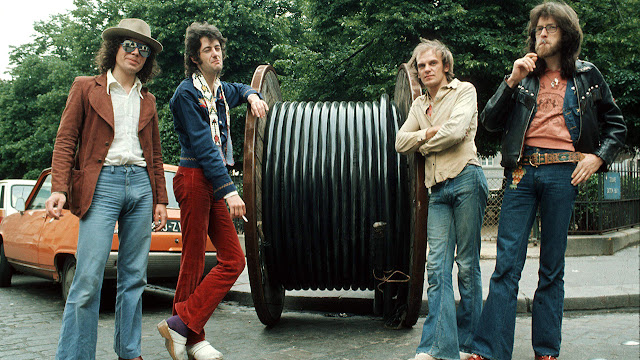 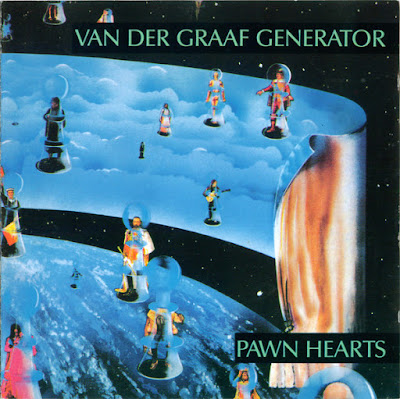 After the previous album, which displayed considerable creative potential, this one was a bit of a let-down and a commercial and critical failure. Listening to its three tracks, I can hear why.

Lemmings is a big thumper of a track - overbearing, dark, slightly menacing but in possession of enough heaviness to keep me happy. It is full of churchy organ and a massive drum sound, as well as the group’s trademark discordant saxophone. As is often the case with VDDG’s material, for me, it goes on way too long, and some of the musical passages are superfluous. It needed more cohesion and a concise approach to production, in my opinion. This material is way too sprawling.

Man-Erg is an improvement- slower, more atmospheric and featuring some impressive drums. The vocals are once more very Bowie-esque. Half way through it gets manically loud and heavy and the whining vocals sound like their fan, Johnny Rotten. Maybe this is where he gained some inspiration. The track also features some very Andy Mackay-sounding saxophone around six minutes or so in.

A Plague Of Lighthouse Keepers is basically twenty-three minutes of pretty much interminable prog indulgence. It has been described as a work of “misunderstood genius” and, although it contains a few good parts, their effect is lost in a cornucopia of directionless prog noise. Cut it down to about eight minutes and you might have had something. Despite its excellent sound quality, this one is not for me.

Contemporary reviewers found it difficult to understand in what direction the group was heading, upon hearing this. It is easy to concur with that point of view. Within a year, the group had split up, citing those good old “musical differences“.

** A notable extra that got a lot of late night Radio One play at the time was the single, Theme One, whose heavy succintness showed just what the group could have achieved.  As with Yes’s single edits, prog rock did not have to be twenty minutes long, did it?

Incidentally, the inner cover image below was intended to be Monty Python-esque, but its Nazi salutes ending up looking a little creepy and tasteless.