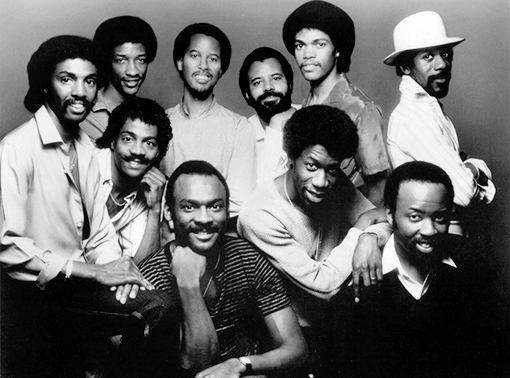 The Best Of Kool & the Gang 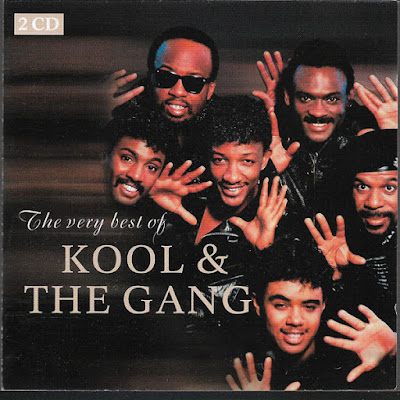 Although they ended up as a chart-soul group, early on in their surprisingly long career Kool And The Gang produced some great cookin' funkers in the Earth, Wind & Fire-influenced disco funk of Open Sesame, the very early brassy cut of Hollywood Swinging and the urban Blaxploitaton funk of Jungle Boogie before progressing to nice mid-pace funky disco-oriented soul like the beautifully bassy, saxophone-enhanced Too Hot and, of course the big, obviously disco hit material of the irresistible Ladies Night, Get Down On It and the impossibly infectious Celebration.

Cherish was a killer soul ballad while Fresh was a commercial but enjoyable song too, as was the gloriously poppy Let's Go Dancin' (Ooh, La, La, La). They briefly hit on just the right formula with their run of successful singles - an appealing mix of disco, funk and soul.

Take My Heart (You Can Have It If You Want It) is an excellent mid-pace soul-soft funk number too and check out the soft rock, Hall & Oates-ish merge with soul of the surprisingly brooding Misled, complete with Michael Jackson-inspired vocal whoops. 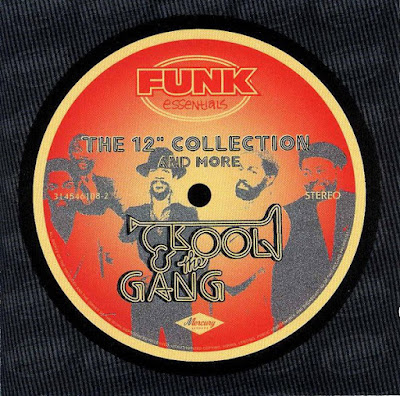 A good way of checking out the funkier side of Kool & The Gang is via the excellent compilation, The 12" Collection And More, which combines their early singles with great extended versions of the big hits and early Parliament-inspired funk stuff like Mighty, Mighty High and the excellent groove of Love & Understanding. 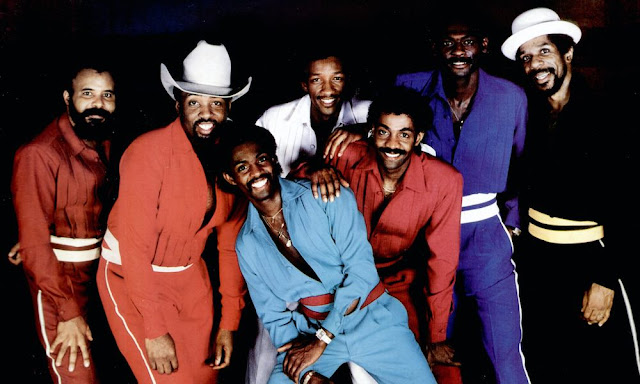 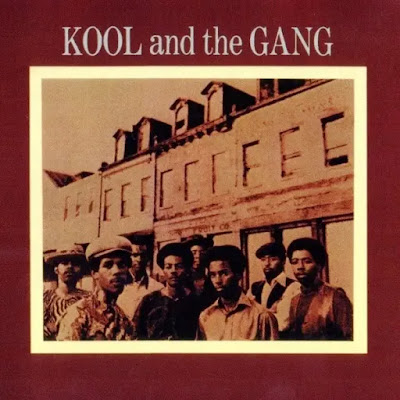 Long before Kool & the Gang became exponents of chart-oriented disco soul they were, initially, an instrumental jazzy funk band. This was their 1970 debut and it plays largely like a jazz album in places, albeit a very funky one though, loaded with trumpet and various types of saxophone and devoid of any vocals. There are periodic uses of nice funky guitar from Claydes Smith and Woody Barrow and some seriously good fatback drums from George "Funky" Brown, notably on Kool & The Gang and Breeze & Soul but for many of the tracks there is a distinct jazz feel. Check out the rumbling bass and solid drums on Chocolate Buttermilk for funk, but the saxophone is also pure jazz at times. It is the drums that make this album funky, however and the ability to make jazz funky.

The funkiest cut is the grinding Give It Up, featuring some excellent funky drums while Since I Lost My Baby has a sumptuous, melodic bass line underpinning its catchy saxophone and trumpet breaks. Kool's Back Again has some fine funky breaks too and both The Gang's Back Again and the melodic Raw Hamburger are nicely funky as well. The slow Sea Of Tranquility is probably the jazziest groove.

Remember that this was released in 1970 and, yes, we had The Meters, but in many ways this provided a foundation for the Blaxploitation soundtrack funk instrumentals that would light up subsequent years. The album is delivered in fine stereo sound and is a pleasurable background listen but it does carry a feel of a collection of instrumental backing tracks about it. Those melodies, though, are all really good, as smooth as the horn breaks are punchy.

** The album has a bonus vocal track in the chunky, funky soul of Let The Music Take Your Mind. 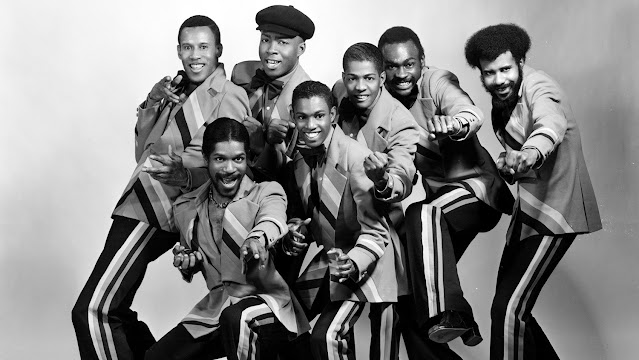 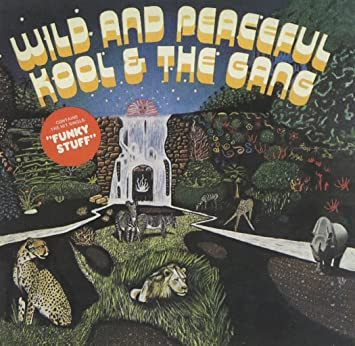 Move on a few albums later, to 1973, and the band had added vocals to their funky sound and this was seen as their "breakthrough" album. The vocals were mere occasional additions, really, as instrumental funk was still the order of the day, now accompanied by what would soon be obligatory (for funk bands) whistles.

Funky Stuff was an intoxicating funker of the sort that James Brown was releasing at the same time. Needless to say its bass, drums and horns are outstanding. It has that insistent strummed funky guitar sound that Brown also used so well. The track has been sampled regularly over subsequent years. Even more cookin', guitar line wise, is the irresistible More Funky Stuff.

The well-known, much-played Jungle Boogie was the first track to get really popular from the band, as they tell us to "get down, get down" and do the jungle boogie. Check out the clavinet soloing half way through. Excellent. These tracks had all been influenced by Manu Dibango's Soul Makossa, from 1972, and you can hear it. 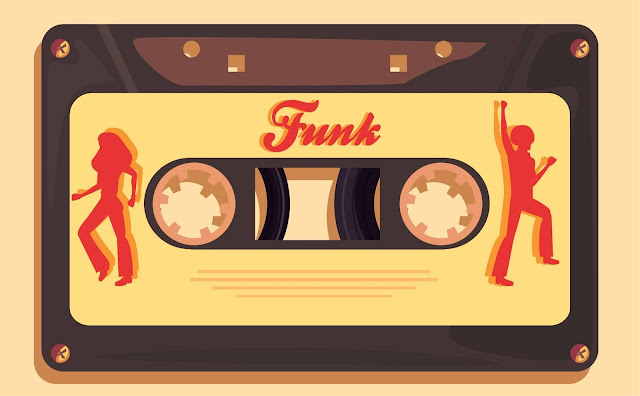 Heaven At Once has the group going all tranquil and philosophical on a track that is a bit cheesy, with its spoken vocals, but it sort of has its appeal. The other successful track on the album was the full-on vocal (comparatively) song that was Hollywood Swinging. Again, it features wonderful bass, drums and horns. It has a sort of prototype Parliament-Funkadelic feel to it in places. This Is You, This Is Me is a superb serving of grinding but melodic funk. The funky beat doesn't let up for one nano-second. Great stuff.

Life Is What You Make It is insistently captivating, getting into your system via its bass, guitar and keyboards. This was funk of the highest quality and is a gritty world away from Ladies Night and Celebrate, the band's late seventies-early eighties hits. For the final track, Wild And Peaceful, the band go all John (A Love Supreme) Coltrane on a transcendental, blissed-out saxophone and jazz rhythm-dominated nine minute-plus workout.

This was a really impressive album and one that has still remained under the radar somewhat. It is the best of this batch of Kool & The Gang albums that I have reviewed. Funky as fuck, as they say... 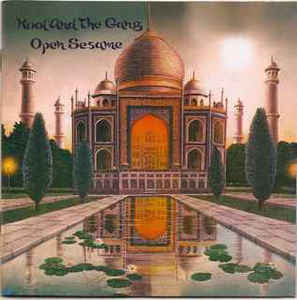 A few years later and disco was beginning to make its presence known and this is one of the best albums to exemplify that. Quite a bit of the funk of previous years had given way to a slicker, smoother soul sound.

The band go all Earth, Wind & Fire on the mystical, Eastern-influenced Open Sesame (Part 1), while Gift Of Love combines laid-back soul balladry with some serious wah-wah funky guitar breaks. Little Children has an initial Michael Jackson-esque sweet soul vocal before it breaks out into a Parliament-style chunky funk chorus.

All Night Long is a brassy, upbeat piece of of disco-oriented funk featuring an absolutely killer Isley Brothers-style guitar solo. Whisper Softly is one of those typically laid-back mid-seventies soundtrack-sounding light soul grooves. Super Band gives us some lively, brassy funk while L-O-V-E slows the pace down for a soulful ballad while retaining the trademark brass.

Sunshine is melodically rhythmic in a classy disco meets Earth, Wind & Fire sort of way, enhanced by some nice flute backing and Open Sesame (Part 2) continues where Part 1 left off.

I prefer the more raw funk of the previous two albums that I have covered but the more commercial direction that the group would soon be taking was becoming clear on this one. For many, this is the more preferable side of Kool & The Gang - they opt for the poppier as opposed to the funky. I think I will always go for the funk. 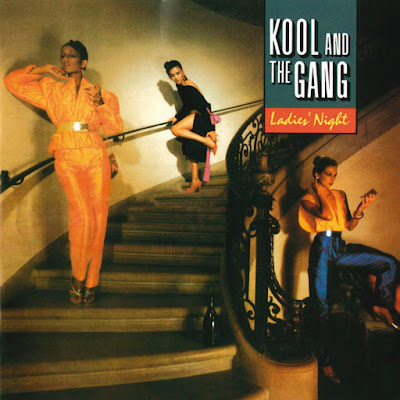 Three years later and they had gone disco all the way, merging their natural funky instincts with a lighter, poppier disco sound to great effect. Because of their credible funk roots, they avoided the (unfair) disco backlash, retaining the respect of many. They should have had it anyway, because this is an album of perfect disco funk.

The huge hit single, Ladies' Night, is presented here in its glorious six minutes-plus extended form and Got You Into My Life is a slow-paced but gently grooving number very much the smooth soul song of the late seventies. By now, they are sounding more like Tavaes or The Detroit Spinners than Funkadelic or The Meters. It also had a We Are Family sound to it.

If You Feel Like Dancin' is a thumping, Jacksons-style disco workout, exhorting us all to boogie down, as so many songs did in 1979. It still has a nice funky guitar and brass backing, however.

Hangin' Out introduces to the guitar riff that would soon be expanded upon on Celebrate. Once again it is all about "Shakin' your bodies to the ground, under those disco lights". It utilised that "boing" synth drum sound that would soon be everywhere. The dance vibe continues on the appealing Tonight's The Night with the strummed disco guitar and handclap backing to the fore. "Tonight's the night we're gonna boogie..." - lyrically the themes are the same as they have been throughout the album.

Time for a slow dance now, I think, and it duly arrives in the sumptuous, soulful grooves of Too Hot - a gorgeous serving of sweet dance floor soul. The album had been bookended by two absolute classics, but the filling in between was quality disco fare.

While this blatantly commercial disco floor fest alienated many of the group's long time funk fans, it also gained them swathes of chart disco followers for whom this was all they knew of the group's output. Fair enough, Fleetwood Mac and Genesis did it in other genres, didn't they? 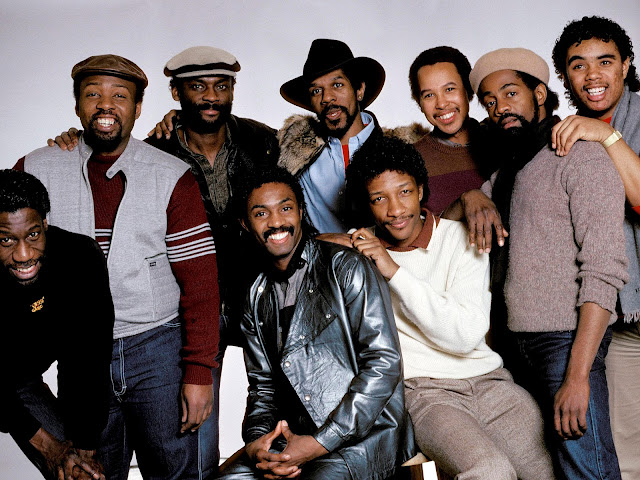