These next three jazz artists I am covering include a troubled genius of a saxophonist, a journeyman trumpeter and a pianist whose catchy signature tune is one of jazz's most famous pieces. 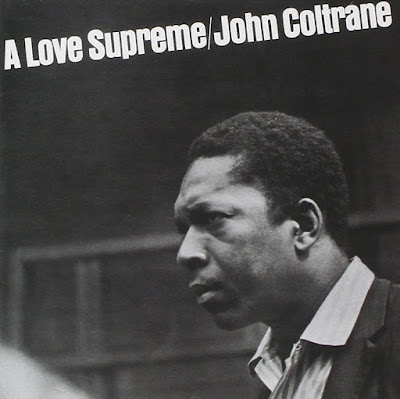 Along with Miles Davis’s A Kind Of Blue, this is a jazz album that non-jazz fans are encouraged to own and appreciate. It is generally accepted to be a classic of its genre, and one that even people who don’t like jazz should own. I have lost count of the number of articles I have read where it is said that if you only own two jazz albums make sure it is these two.

The album is a four composition suite, that musically represents Coltrane‘s spiritual awakening and journey. I have never been that convinced by this sort of thing, although there is definitely a very creative but ultimately peaceful feeling to the whole thing, although that is maybe just because Coltrane was off the drugs by now. Or maybe not, as it is so blissed out and he is so on fire. It seems to be easy to say “....oh yes it’s all about religion, or spiritualism or peace or whatever...” but I am not clever enough to be able to relate to it like that.

There is definitely a unity of sound, theme and mood to the whole thing, though, without the often directionless meandering that jazz can sometimes suffer from.

Acknowledgement begins with some sublime rhythmic backing - lovely clear cymbal work from the great Elvin Jones and then Coltrane arrives with his “modal” saxophony. While it is clearly highly innovative, I actually find it gets a bit discordant at times, a comment most people will no doubt find stunningly ignorant, but there you go. For me, it is the drum and cymbal work, together with the understated bass, that makes it. It must sound odd to hear someone say that it is not the saxophone that is their favourite bit, but there you are. My tastes have always been somewhat perverse.

A beautifully subtle bass passage leads us into the blaring sax of Resolution, a track whose increased positivity of sound matches the firm intent of the title. Again, I love the piano-bass-drum interplay from McCoy Tyner (piano), Jimmy Garrison (bass) and the afore-mentioned Jones that takes up much of the track. Indeed, Coltrane’s appearances are occasional, but they are effective for it, allowing us to appreciate the other musicians and then the sax when it arrives. It is probably my favourite passage.

Pursuance begins with a drum solo, long before any seventies heavy rockers tried it. The piano soloing is great too and the sax is at its most expansive here, swirling around all over the place. What I have never understood with jazz is how any of the musicians, particularly soloists on something like the saxophone, remember how it goes - which note comes where while they are improvising and how they could possibly play the thing again, next time around. I guess they didn’t, they just improvised slightly differently each time, like The Grateful Dead did with a lot of their live material. Anyway, I digress, this track features a great bass solo too.

This takes us into the musical nirvana of Psalm, as some of the previous wild dissonance dissipates into a state of grace.

I can fully appreciate the genius of this album, but I have to be the mood for it - if I am, fine, otherwise it can grate on me and sound somewhat interminable. If that sounds sacrilegious, so be it, but me, as a non-jazz jazz fan, has to admit to preferring recordings by Charles Mingus, Thelonious Monk, Lee Morgan, Dave Brubeck, Wayne Shorter and Dexter Gordon, to name just a few. There is, for me, always a feel about this album that it is one of those you are expected to like and say is a work of genius, whether deep down you really do or not. 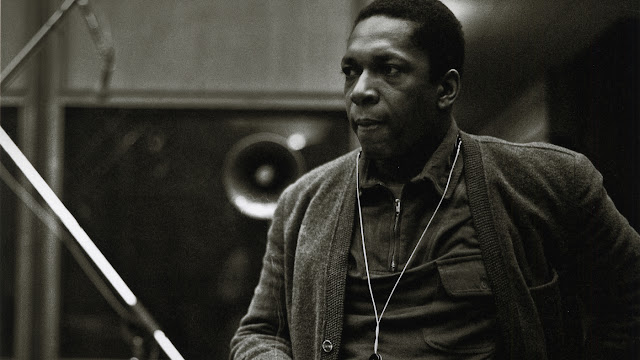 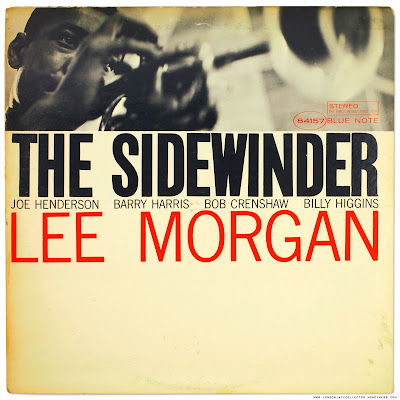 Lee Morgan was a trumpeter who had been around the jazz scene for years, showing up on countless albums. This is his best known solo album.

The opener, The Sidewinder, is a really appealing piece of rhythmic jazz, full of infectious cymbals, melodious sax, punchy trumpet and groovy bass. It is Morgan's best known track and often appears on jazz compilations (usually in edited format). There is a lovely, loose swing to this track that I really like - call me insane but give me this over A Love Supreme any day, really. Great bass solo eight minutes in, by the way.

The same compliments can be given to the initially slightly slower groove of Totem Pole, which also breaks out into some light, breezy passages in places. Gary's Notebook is a lively, jumping number featuring a fine piano passage, mid-track.

Boy, What A Night also features the easy, enjoyably swinging sound that characterises the whole album. The mid-track trumpet solo is superb as are the drums. Hocus-Pocus closes the album in once more lively style.

Of the jazz albums I have been playing and commenting on recently, this is one of my favourites.

Tragically, Morgan was shot dead by his wife in 1972. 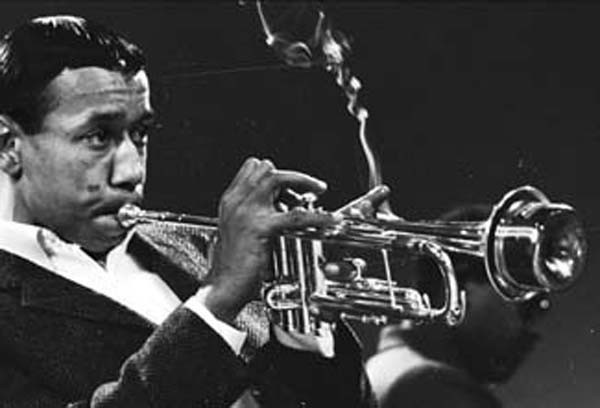 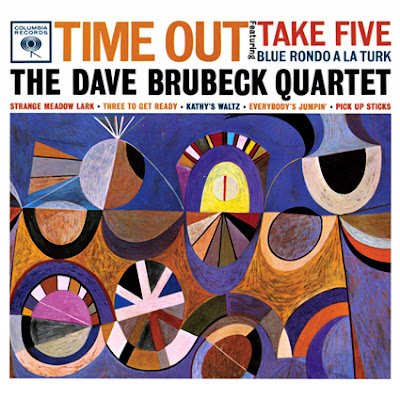 This, another of jazz's very well-known albums is an example of cool jazz and West Coast jazz, I am informed. I don't really know about these things, you see. Whatever, it has an enjoyable free feeling to it that renders it different in ambience to some other recordings from other jazz sub-genres (I'm thinking of the more improvised sound of "hard-bop" and "post-bop")

Blue Rondo A La Turk is a sumptuous merging of jaunty piano from Brubeck himself, rumbling bass and soaring saxophone, featuring several excellent soloing passages. Strange Meadow Lark begins with some lovely solo piano before we get some equally attractive soft saxophone. This is really nice stuff, melodic and relaxing.

Then we get the instantly recognisable and difficult to resist strains of piano, cymbals, drums and saxophone of the now iconic Take Five. It is possibly the most famous of all jazz tracks, and that includes anything by Miles Davis or John Coltrane. There is something very attractive and accessible about its rhythmic simplicity and easy-going melody that makes its crossover popularity so understandable - lots of people who don't like jazz like this. It certainly seduces part-time jazz dilettantes such as myself. Just check out the drum work about four minutes in, and then when the sweet sax arrives. Heavenly.

The drum and piano interplay is equally impressive on the quirky, staccato Three To Get Ready. The beautifully shuffling Kathy's Waltz also features that gentle sax sound as well as more fine piano. Everybody's Jumpin' is also sensually beautiful. There is something subtle and seductive about this music, albeit in a very bright late spring morning sort of way. The cool breeze continues on Pick Up Sticks.

Of the three generally accepted jazz crossover classics - Miles Davis's A Kind Of Blue, John Coltrane's A Love Supreme and this, my vote goes for this, all day long. 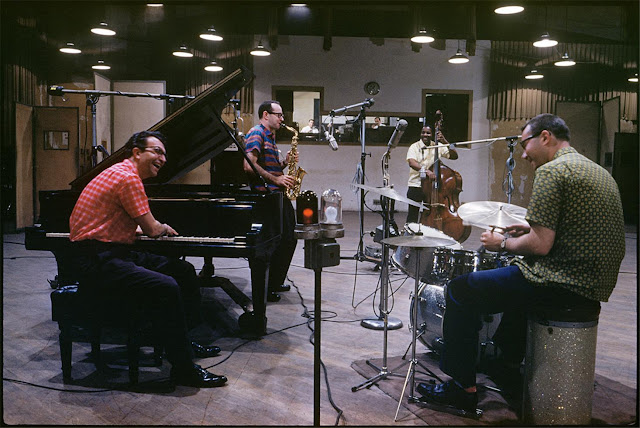