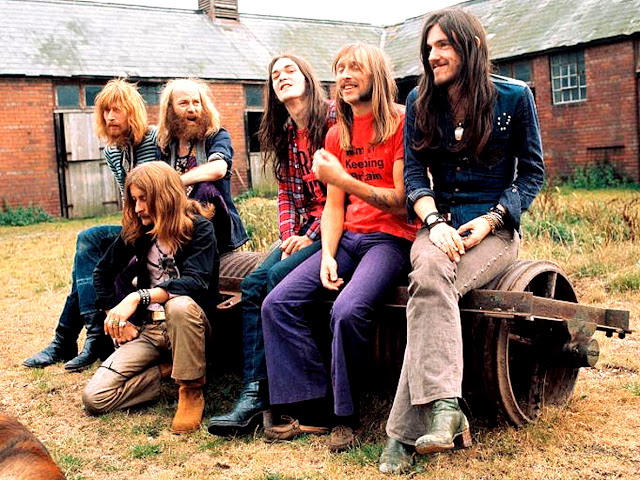 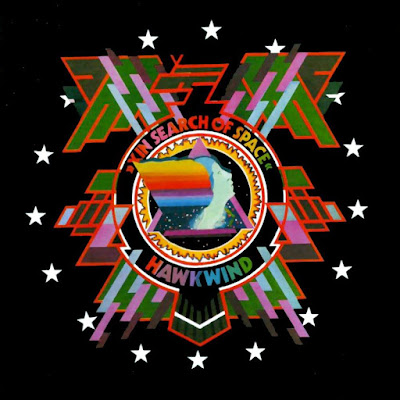 Hawkwind, best known for their excellent 1972 single Silver Machine, were obsessed with space travel and it dominates much of their material, both in lyrics and sound. They were thought of as prog rock pioneers, and in man ways that is true, but their music, particularly on this album, is far more proto-electro rock.

Take, for example, the fifteen-minute opener to this album, You Shouldn't Do That, which is a marvellous maelstrom of sound - throbbing bass, pounding drums, swirling keyboards, wailing saxophone (which surely influenced early Roxy Music) and a Kraftwerk-esque Autobahn-style insistent beat that gets into your system. It also features some droning, repetitive, atonal vocals. Played with an irrepressible vibrancy, this actually is really good stuff, despite its length. I can't help but like it. So many bands will have taken bits of this and adapted them, in shorter form, to their own music.

I have to say, though, that when the vocals properly arrive, on You Know You're Only Dreaming they are are not great - monotone and dreary, with dreaming pronounced as "drea-man". The music is good though - psychedelic and freaky, with flute and bass combining all over the place with intermittent guitars if that makes sense. I love the sound on this, despite its unshackled, improvisational druggy wildness.

Listen to Master Of The Universe and tell me that the lead riff is not a classic punk-post punk one, and the drum sound too. It, together with the vocal, sounds a lot like Joy Division would do some eight years later. The track is full of great riffs and a deep bass line. This is rock, for me, proper dark, brooding rock, not prog. This had a big influence on much post punk, even though many of them may not have admitted it at the time.

We Took The Wrong Step Years Ago is a freaky acoustic swirl, with spacey noises all around while Adjust Me is a little to experimental for my liking, not really getting anywhere, despite some interesting guitar noises, riffs and an infectious cowbell rhythm. Children Of The Sun is a comparatively low-key acoustic-driven closer to an album that runs out of inspiration a bit at the end but is certainly not without is ground-breaking, innovative good points. 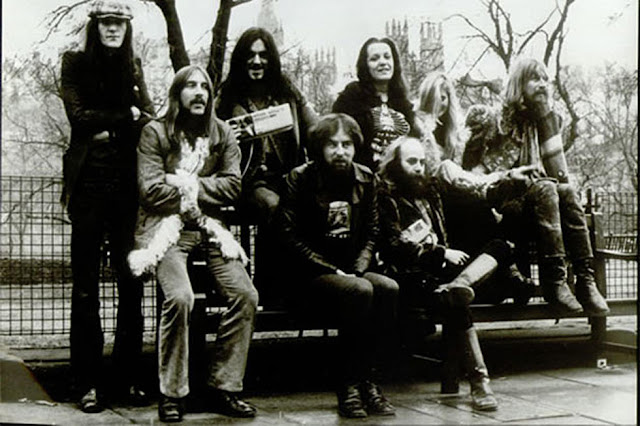