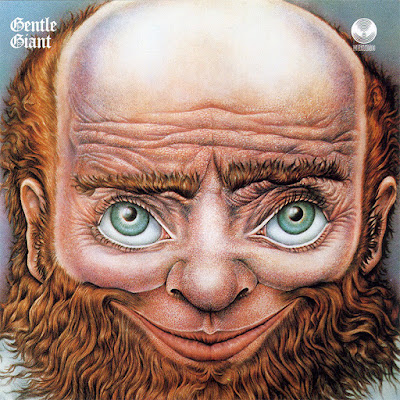 Gentle Giant were part of the late sixties-early seventies prog rock explosion that gave the world King Crimson, Jethro Tull, Caravan, Yes, Colosseum, Van Der Graaf Generator and Genesis amongst others and they generated a cult following, without ever really making it. They had previous in that the three Shulman brothers who made up three-quarters of the band had been the founders of Simon Dupree and The Big Sound who had a big hit in 1967 with Kites. Like so many psychedelic rockers, they ended up as proggies.

This was their first album, one whose grotesque, leprechaun cover I recall seeing as I flipped through sleeves in the seventies record shops. As with many prog rock groups, they were classically influenced, their sound featuring a lot of neo-classical keyboards.

This sound is showcased on the opener, Giant, with its ELP-esque keyboards and several changes of pace. It also rocks heavily in parts, with some powerful drums, but the vocal is not great, to be honest. As with so many prog tracks, for me, there are parts that I like (the bass line and some of the jazzy vibes), and others that grate a little, such as the vocals and some of the overbearing, heavily orchestrated parts. It is very much a creation of its time, very 1970.

Funny Ways is a slow, string-backed ballad with a sleepy atmosphere but another unconvincing vocal performance from Derek Shulman. It features a good guitar solo though. Alucard is archetypal late sixties-early seventies prog rock - lots of insane keyboard breaks, those changes of pace and some dabbled-with vocals making the whole thing sound like a dodgy drug trip. It is all too messy for my liking.

Isn’t It Quiet And Cold? is an irritating, whimsical number that has no real redeeming qualities, for me. Nothing At All is a nine minute ethereal, trippy slow acoustic song that builds up gradually into a relatively pleasant offering that eventually gives us some solid guitar, bass and drums jamming and, guess what - a drum solo too. It was 1970 after all. The whole thing goes on way too long though.

Why Not? is chunkier and heavier, again very much a period piece from the time, however. It dabbles in a folky flute too, which is quite pleasant. The album ends with the group showing that Queen were not the first to record a version of the national anthem.

I have to be honest, here and say that although this album tweaked my interest, it is not one I think I will be revisiting any time soon, unless a track from it comes up on a prog rock random playlist. 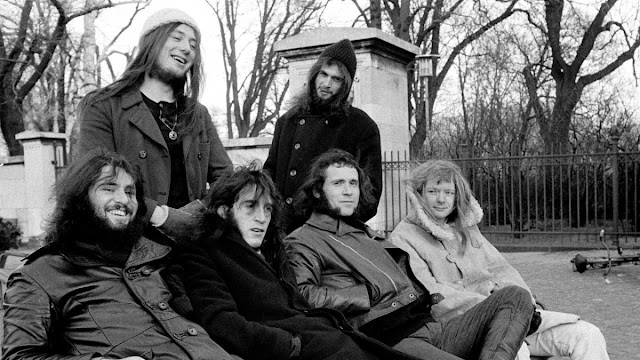 Check out more prog rock :-
Email ThisBlogThis!Share to TwitterShare to FacebookShare to Pinterest