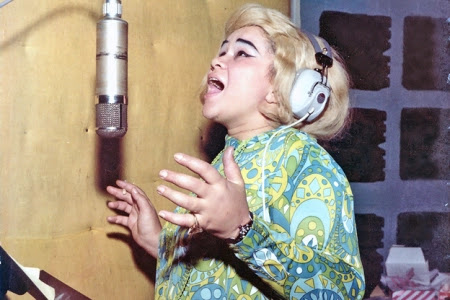 Here I take an all-too-brief look at a classic artist....
Etta James - A Retrospective 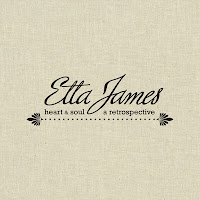 This legendary gravel-voiced bleached blonde bluesy singer was one of the finest female singers to come out of Chess Records. Her career spanned the fifties to the seventies initially and she returned after various health problems to perform into the new millennium.

The highlights are the obvious ones - the brassy, feisty, no-nonsense I Just Want To Make Love To You; the supreme churchy organ-driven and much-covered soul of I Would Rather Go Blind; the gospelly rock ' n' roll strains Of Something's Got A Hold On Me; the equally uplifting Almost Persuaded; the punchy, spunky Stax-y soul of Tell Mama; the gritty funk on In The Basement and the I Would Rather Go Blind soundalike of Losers Weepers. All quality stuff. You could listen to any Etta James track and like it - cherry picking is quite difficult. If you've got soul you've got soul. 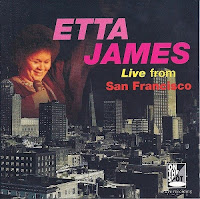 There is a great live album of hers too, recorded with a full-on riffy rock band backing, that dates from 1994 and has a great rock version of I Just Want To Make Love To You and an absolutely stonking Otis Redding Medley. Check it out, it's called Live From San Francisco. It rocks, big time, from beginning to end. Born Blue, the show closer, is simply magnificent.
Queens of Soul were many - here is another, and the only one, probably :-