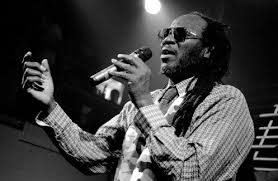 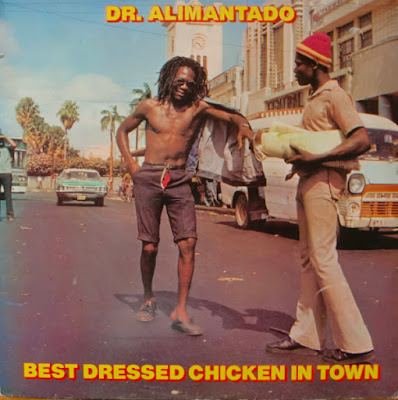 This album is one that was beloved of the punk-reggae crossover crowd, with Don Letts, Johnny Rotten et al lauding it and its strains being heard on the Notting Hill carnival sound systems and before punk gigs. It is one that never fully appealed to me, however, for, despite its deep dubby riddims on the cuts (compiled from singles released from 1972-77), Alimantado’s strange, quirky vocal delivery never quite sat well with me, at times.

It is one of those albums that seems to have a credibility that is more mythological than deserved, featuring on the ‘best album’ lists from hipster critics who often feel they have to put a rootsy reggae album on there, along with Miles Davis’s A Kind Of Blue, Marvin Gaye’s What’s Going On and Stevie Wonder’s Songs In The Key Of Life. These choices show off their supposed wide and cultured taste. Oh, and stick some rap on there too.

The title track, and his most famous one, is The Best Dressed Chicken In Town, but it has never been one of my favourites, unfortunately. It has a killer, deep bass rumble but it falls short,  melodically, and vocally it is a mix of echoey noises and Rupie Edwards-style “skanga” enhancements. Look, it’s ok and has a nostalgic vibe to it, but it just isn’t a favourite of mine.

Similar, but vocally better is the deliciously bassy Just The Other Day. It goes without saying that all these tracks have great bass sounds on them. A lot of the refrains on the songs are recognisable from other songs, such as on Poison Flour and the catchy brassy bit on I Killed The Barber. Get yourself a load of that bass line on Gimme Mi Gun too.

Unitone Skank is very Prince Far-I influenced while the rhythmic Can’t Conquer Natty Dreadlocks is my favourite of the cuts collected here, along with the instrumental Ride In, with its weird keyboard noises. I Shall Fear No Evil is a good semi-instrumental as well.

Listening to this again, I have really enjoyed its bassy beauty and it brings back real nostalgic memories for the “punky reggae party” days of London in 1977-79 and it is absolutely chock full of rootsy, dubby atmosphere. I haven’t meant to put anyone off it - it is pretty much classic early era roots-toasting, it is just that there are other artists-albums that I preferred. 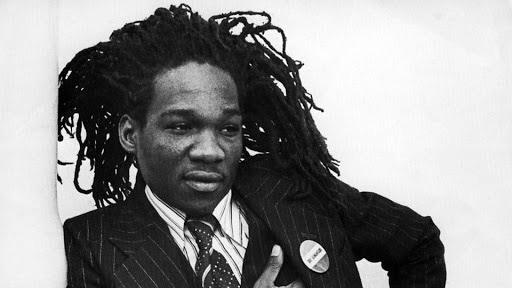