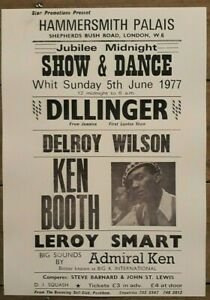 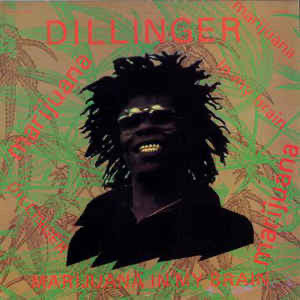 Marijuana In My Brain/Addis-ababbaithiopia/Bouncing Ball/Step It In Ethiopia/Stop Stealing In The Name Of Jah/Come Praise Jah Jah/Hard Being Thomas/Rasta Vibration/African Roots Rock Reggae/Hidden
Dillinger, name checked on The Clash's White Man In Hammersmith Palais, was a successful "toasting" roots reggae artist but his albums are becoming increasingly difficult to get hold of. From 1977 came Marijuana In My Brain and it is the only one of his offerings that I own. There seems to be considerable confusion as to which releases were actual original ones and which were compilations. It doesn't really matter, though, as for many artists like this the 45 rpm single was the way they got their music out. As with all material like this it takes me right back to the music that was played over the sound systems before reggae gigs.

He is perhaps best known for the single Cokane In My Brain, a song that has always irritated me, a bit like Dr. Alimantado's Best Dressed Chicken In Town. it is not included on this collection, however.

Marijuana In My Brain is the better of the two drug-inspired numbers, full of deep bassy vibrations. Addisabbaithiopia contains bits that you will think you nave heard before, and you will be right, but I can’t be sure where, as the uses of the refrains are multiple. The same applies to the beautiful bassline business of Bouncing Ball. The quiet bass line in Come Praise Jah Jah is just marvellous. Hard Being Thomas is similarly infectious, this time in a deeper style.

All the tracks on here are perfect examples of “toasting”, semi-spoken often repetitive, sometimes ranting vocals delivered over seriously deep and dubby basslines. Listening to lots of it in one continuous sitting is possibly not the best idea, but putting the tracks in a playlist featuring all sorts of reggae can be most effective and enables them to one appreciated in full.

Dillinger is in there with Big Youth, Prince Far-I, U-Roy, I-Roy, Tapper Zukie and Dr. Alimantado as the best exponents of DJ-toasting. His music was very influential, being adapted by many more mainstream reggae artists as samples. 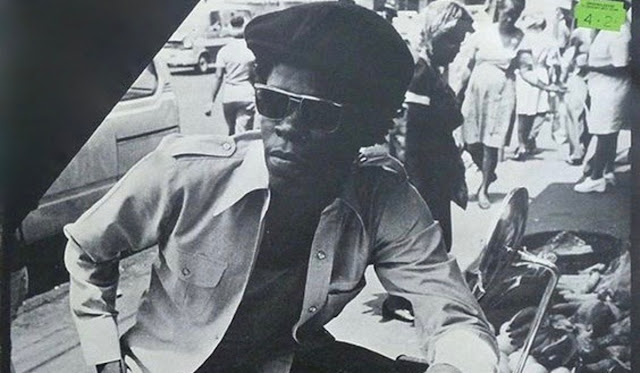