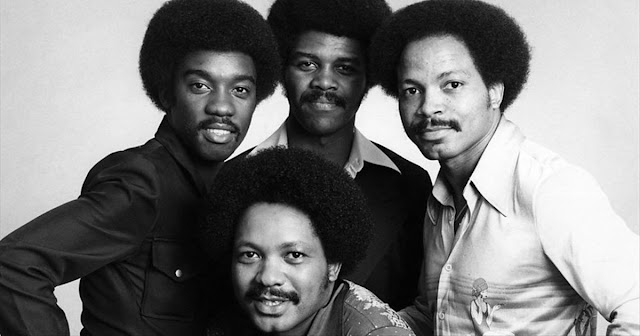 From Houston, Texas - some sweet, joyous and upbeat singalong soul....
There’s Gonna Be A Showdown (1969) 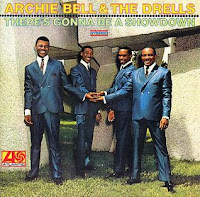 Released in 1969 on the Atlantic label, this was the last studio album for about six years from Houston, Texas’s male vocal group, Archie Bell & The Drells. It doesn’t beg a huge amount of analysis being devoted to it, and it will simply suffice to say that it is full of melodious, often lively and catchy dance floor soul. The slowies are beautifully lush and smooth in their quality too. Archie Bell’s vocals are, dare I say, clear as a bell. The group were a bit of an underrated gem of an outfit, not quite getting the success of, say, The Drifters or The Detroit Spinners. That was a shame because this album is really great. It is a fine soul album from a group that I had not previously associated with albums.

The highlight is the popular Northern Soul floor filler, Here I Go Again, with its fade-in piano intro, great guitar line, pounding drums and string orchestrated mid-song part. It became a top twenty hit in the UK some three years later, in 1972. I remember hearing it at the time and not realising it was three years old, I thought it and the group were new to the scene.

There’s Gonna Be A Showdown 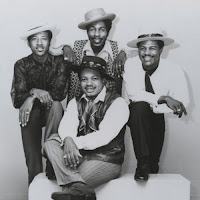 is another totally infectious, upbeat number and has a “live” sounding vibe to it in the countdown bit in the middle (the group has a habit of making studio recordings sound as if they were live by using imitation ad hoc on stage chat in their recordings as they did on Tighten Up). This was also popular on the Northern Soul circuit and rightly so - it’s great. Totally uplifting. The singalong, horn-driven groove of Do The Hand Jive is also clearly dance-themed and gets you feeling nostalgic for more innocent, carefree times (even in 1969 it was looking to the past) and just get a load of the sumptuous soulful rhythm of I Love My Baby. It has great sound quality too - lovely stereo separation and warmth. Check the rumbling bass on the funky soul of Giving Up Dancing too. That also goes for the irresistible deep soul groove of Girl You’re Too Young. I love the slow, Stax-ish soul of Mama Didn’t Teach Me That Way. Look, it’s all top notch Southern soul, albeit South-Western. I can’t enthuse enough about this lovely little nugget of an album, it has wonderful bass, drums and horns throughout and some soaring vocals. What more do you need? 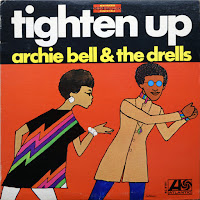 Before the above album had been this one....

....showcasing the funky, two part rhythmic groove of Tighten Up, which also featured that "live" style and was an early example of the sort of funky instrumentals that would be popular in the seventies. It contains some absolutely killer drum parts and is the sort of track that you can just listen to again and again without tiring of it.

The rest of the album, however, is more ballad-oriented, and, along with a couple of workaday covers of Eddie Floyd's Knock On Wood and Wilson Pickett's In The Midnight Hour make for a collection that is not nearly as irresistibly toe-tapping as There's Gonna Be A Showdown would be. When You Left Heartache Began is a fine track, though, as is the brassy, upbeat Thousand Wonders.