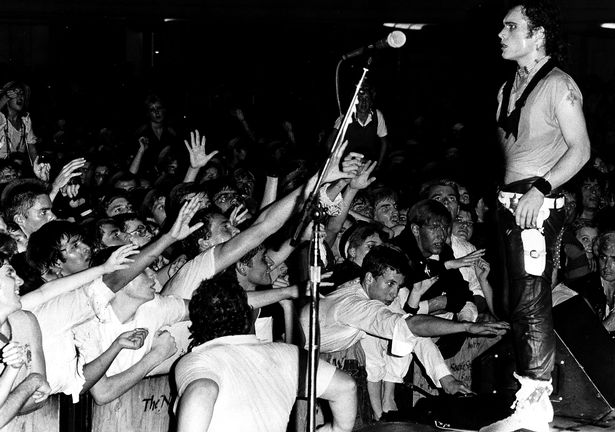 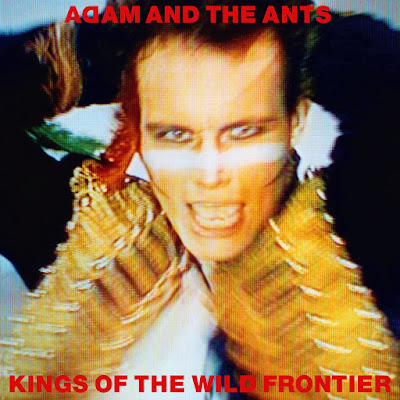 It is impossible to overstate just how, for a few months in 1981, Adam And The Ants were massive in the UK. Monster massive. What was once a cult group whose name I was always seeing written on walls in tube stations back in 1977 morphed from being purveyors of camp, art-punk into a preposterous double-drum Gary Glitter-Glitter Band technicolor caricature of a band. From appealing to the punk demi-monde with effete, difficult to categorise songs like Deutscher Girls the group now courted the teen market with a 1980-81 version of 1973-74 glam rock that tried to retain credibility by claiming that their music was tapping into the contemporary trend for African and "tribal" sounds. Any real ideas about garnering critical kudos were lost, really, by the new image created by singer Adam Ant, who went for the pirate-eighteenth century dandy-native American look that soon turned into a parody of itself. What cannot be denied though, is Adam's stylistic influence on countless subsequent new romantic peacocks. Both boys and girls were putting on face paint and strutting around in garish costumes like extras from Peter Pan in no time. Was Ant the first "new romantic" without ever being properly credited for it. I think he was. Would there have been a Boy George without Ant? Maybe not. He definitely sparked the move from post punk navel-gazing, misery and fear of nuclear attack to partying, dressing up and getting off with each other. Adam Ant, in many ways, was the very first catalyst of what became the self-obsessed hedonism of the mid-eighties.

Adam's big period of chart domination came in 1981, with two stratospheric hits in Stand And Deliver and Prince Charming, both of which were outrageously commercial and were born out of the initial impetus created with this album, from 1980. Forget punk, new wave, post punk or two tone - "antmusic" was here to blow away all that boring old stuff. Yeah right. I have to say, though, that taking this album in isolation, away from the pure pop fluff of the two subsequent big hits, it did actually have a brief effect, and was quite unique.

Blending 70s glam with a new wave instinct for a hooky melody, the album kicked off very strongly with the pounding drums and post punk riffs of the shuffling, mysterious and captivating Dog Eat Dog. The be fair to Adam, this was a song and a sound that defintely had something. I remember being convinced at the time and I duly went out and bought this as a single, along with the next track, the follow up single , the wonderful Antmusic. "Unplug the jukebox and do yourself a favour - that music's lost its taste so try another favour..." beseeched Adam, telling us that antmusic was the future. Ludicrous, of course, but it was a truly great single, I simply cannot deny. "Don't tread on an ant - he's done nothing to you.....". I recall watching the group performing this on Top Of The Pops and considering them completely credible. Within a matter of months they would be the exact opposite.

Feed Me To The Lions is a song that blends glammy drums , Duane Eddy-style guitar and punky sub-riffs to great effect. It is another fine, perfectly credible track. Equally enjoyable is the lively Los Rancheros. Ants Invasion is a delightfully heavy and riffy piece of mid-pace punk with a glammy sheen. This is all good stuff., surprisingly. I can also detect a slight influence from Blondie's first album in here too, not just because they did a song called Attack Of The Giant Ants, either.

Just as impressive is the insistent grind of Killer In The Home. Listen to Ant's haughty vocal delivery on this and you can hear Jim Kerr and Simple Minds in their stadium rock phase from 1983-89, can't you? Old Adam was far more influential than he has ever been remembered for.

"A new royal family, a wild nobility - we are family..." proclaimed, pretentiously, the vocal introduction to the drum-driven anthem Kings Of The Wild Frontier. I can't help but love it, though, it has the same effect of Gary Glitter's Rock And Roll Part One. Totally odd, but irresistible. The track goes nowhere, but, importantly, it went everywhere.

The Magnificent Five is a bit silly, as Ant details his path to fame and how he decided to re-create himself as an Ant. It is now, for the first time, that some of the surprising credibility is being lost. That was re-gained, however with what was quite a ground-breaking stab at disco-punk in Don't Be Square (Be There), full of frantically-strummed disco guitars, rumbling funky bass and a vocal refrain of "sex music for ant people". A lot of eighties dance-influenced new romantic music was seriously influenced by this. It has a great bit of guitar near the end from Adam's sidekick Marco Pirroni.

Jolly Roger was a silly song about pirates that stood as a precursor to Stand And Deliver with its "its your money that we want" line. By the time we get to Making History the sound was starting to sound a bit wearing, to be honest. The same applies to the native American-inspired The Human Beings.

Although the album's charms fade away a little, it still stands as a now almost-forgotten but highly intriguing period piece. 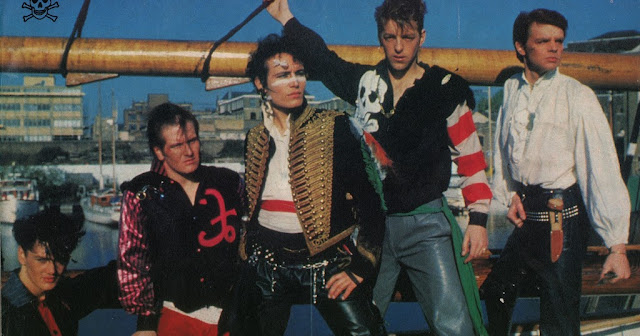 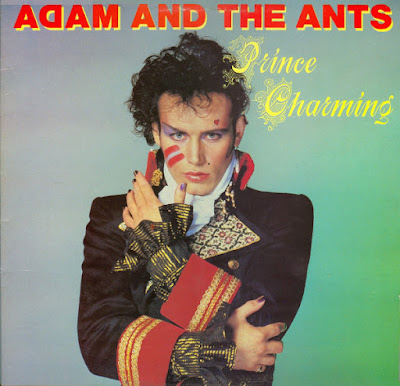 This commercial success but critical flop of an album reminds me of The Specials’ second “lounge bar music” album, More Specials, in its dabbling in pseudo jazz, Western-movie inspired material, Latinesque rhythms and rap. It is also a bit like The Clash’s Sandinista! in that it is a veritable cornucopia of styles and oddities, seemingly lacking in direction. Heaven knows how it was created. The fact is, though, at the time, Adam and his Ants were the biggest-selling pop act in the UK. Ant-inspired costumed fans suddenly started springing up everywhere. He could briefly do no wrong, but this album gave the lie to that theory pretty quickly and their stock fell like a stone.

I shall attempt to analyse this decidedly weird album as best I can, however.

Scorpios is a brassy number that sounds like Kid Creole & The Coconuts doing a seventies thriller movie soundtrack. It is a most odd track and even weirder is  the baffling, Latinesque new wave of Picasso Visita El Planeta De Los Simios, which tells us of Picasso visiting the planet of the apes. It has a strange appeal to it, but it really is most bizarre.

Prince Charming gained the very ridicule it claimed it was not scared of, but, despite its farcical concept, sparse melody and accompanying outrageously choreographed and subsequently much-parodied video it was a huge number one, its release being anticipated like the second coming. I still love it, so there you go. Ridicule is indeed nothing to be scared of.

5 Guns West is one of those afore-mentioned spaghetti western style numbers, featuring jangly guitar, yee-hahs and a country-style drumbeat. That Voodoo! had some chunky, punky riffs but it is blighted by a decidedly muffled sound. Indeed, this is something that affects the whole album, there is a sort of lo-fi production to it.

Stand And Deliver was Ant’s first truly big hit, and it also had a video that has since become cheesily iconic. Ant and the group are dressed up as eighteenth-century highwaymen as they act out the song. All very strange but the song is enormous fun. Da diddley qua-qua.

Mile High Club sounds like PIL Gone Wrong. It is a bit of a mess, to be honest. The third of the album’s three hit single cornerstones is the white rap of Ant Rap. Adam gets in the Blondie groove, taking rapture as his inspiration. Although it is  immensely derivative, it is also very catchy and has a great driving drum sound to it.

Mowhok sees Adam continuing his native American fascination that he had begun on the previous album. Once more, it has a beguiling intrigue to it. Although this album has been universally panned there are some fascinating parts to it.

S.E.X. is a difficult to categorise closer, so I won’t try to.

Needless to say, The Ants split up soon after this. Adam went in to release some moderately successful solo work. Nothing came close to these unexpected glory days, though. 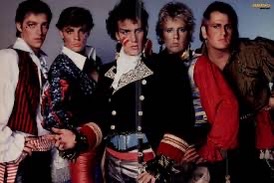