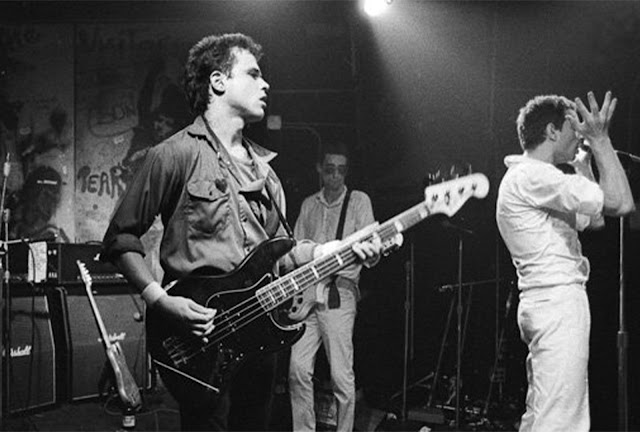 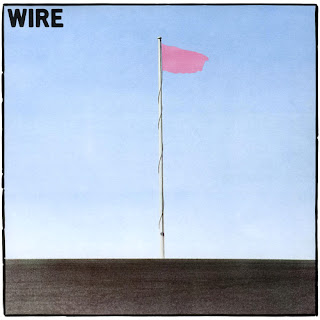 I have to say that this, Wire's debut album, from December 1977, completely passed me by despite the fact that I think I saw them live double-heading with The Cure, but I can't remember for sure. The album didn't do particularly well at the time and there was so much other new stuff to get excited about - The Clash, The Jam, The Ramones, The Stranglers, Elvis Costello, Blondie etc etc. It is also an extremely oddly-conceived album - its 35 minutes contain 21 tracks, many of them under one minute in length. Were they taking the Ramones' get in there and thrash out as many songs as possible to the nth degree or were they subtly introducing a grinding, industrial post-punk ideology before punk itself had even started? Whatever, it is a most unusual album and there is no doubt that some of it is ahead of its time and was hugely influential on much of the post-punk material that emerged over the following couple of years. It is now, retrospectively, considered to be one of the great punk albums and is often found coveted by people you wouldn't expect to have liked punk albums, bizarrely.

Although very much of its time, it still sounds incredibly energetic and invigorating today, although there is a far darker side to this than much of The Ramones' goofier material.

The album is musically minimalist - choppy guitar, punky rolling bass lines, pounding drums and oikish punk vocals.  The best tracks are the longer ones - the post punk before its time grind of Reuters, the punk thump of Ex-Lion Tamer, the equally powerful and sombre Lowdown, the chaotic Pink Flag and the gloriously menacing slow grunge of Strange. The sound on this launched many a moody post punk band. The catchy Mannequin is a good one too.

The shorter tracks, on the whole, are punky riffy thrashes that invariably end too soon. They sound great, though. Fine examples of this are the excellent Fragile and the almost poppy Champs. It does give the album a lack of cohesion, though, and many of the tracks have the feel of studio demo experiments. You just have to learn to live with them. Whereas the prog rock bands of the early seventies released "suites" of music that lasted a whole side of a vinyl LP, here the opposite occurs, the suite being made up of as many short snippets as possible.

That is about as much as I can say, it defies deeper analysis other than to say that if you want to blow the cobwebs away with a maelstrom of manic punchy punk energy, stick this on. In many ways it as pure a punk album as you could wish for. It's a bit of a shame it has taken me twenty-four years to get round to properly listening to it. On the other hand, it now sounds very much a period piece and I can see why I preferred the sixties-influenced Jam, the ear for an anthem Clash or the goofy bubblegum-pop punk of The Ramones. Those artists' work still stands up today whereas more visceral punk has not really stood the test of time. I find myself listening to The Grateful Dead these days. How things change... 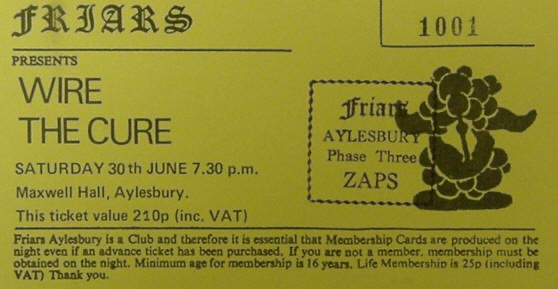