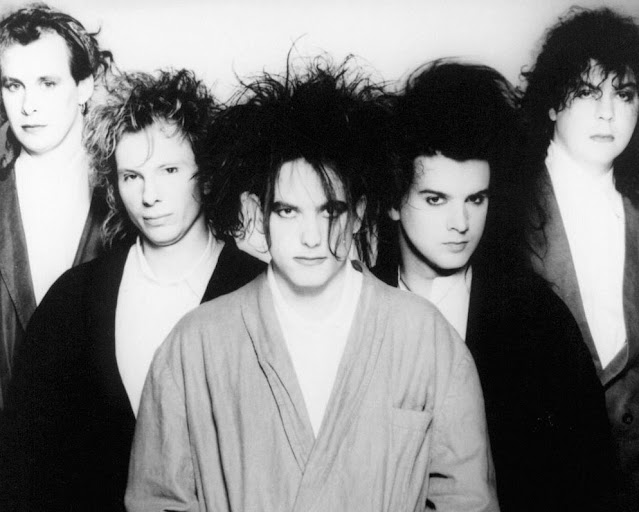 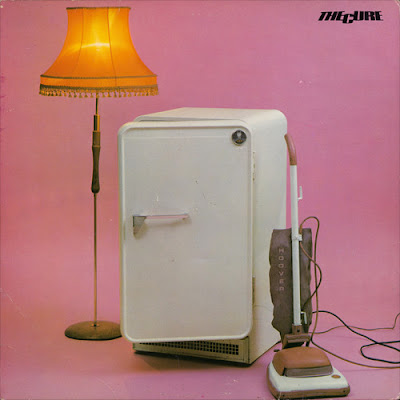 I never really got into The Cure. I knew a few singles and I think I saw them live, sharing the bill with Wire, but I can't quite remember. Their seemingly impenetrable brand of dark-clad post punk just wasn't really my thing. I much preferred the energy and fist-pumping of punk. Anyway, this was their debut album, from May 1979 and, although it went unnoticed by me at the time, it stands as one of the full-on post punk trail blazers - stabbing guitar riffs, rubbery bass lines, metronomic drums and a vocal full of ennui. Their temperamental, precious singer Robert Smith was never happy with the album, apparently, and it was compiled without his consent. That sort of added to the intrigue that surrounded this mysterious group. Their music, however, was often more listenable than one may have imagined. There is also an appealing rough and ready sound to this album. I should have give it more attention back in 1979, but I had many other artists taking my attention.

For many, this is as carefree and poppy as The Cure ever got, their subsequent albums were far more downbeat.

10.15 Saturday Night is a classic example of the group's surprisingly accessible, catchy post punk. It has an absolute killer of a guitar solo in it too, together with an unnerving bass line. Accuracy features Robert Smith's deadpan bored-sounding voice at its most archetypal. The same applies to the Joy Division meets PIL vibe of Grinding Halt.

Another Day reminds me of similar slow, sombre, moody offerings from The Buzzcocks and Magazine from the same period, a time when punk's anger and fury had dissipated into insecure student navel-gazing. It was that that sort of turned me off it at the time, but I cannot deny that the track is full of foreboding, depressing atmosphere. Smith's vocal is very Steve Harley-esque at times on this, which showed his possible influences. Harley liked a bit of broodiness too.

Object brings the tempo up again on an edgy, riffy, punky thrash while the sub-two minute Subway Song has a wonderful bass line and a finger-clicking late-night groove about it. Its vague reggae tinges fitted in with the zeitgeist as well. The oddly incongruous, quirky cover of The Jimi Hendrix Experience's Foxy Lady is something of an interesting, but perplexing curio.

Meat Hook also ploughs that late seventies white reggae furrow, effectively. It sounds so very 1979 and the fuzzy, punchy So What is full of PIL-style post punk, bleating bad-tempered rage, along with a stuttering Buzzcocks-style vocal. Fire In Cairo is one of the album's most pleasing tracks, melodically, sounding sort of punky and new wavey simultaneously, although quite why the title's letters needed to be recited is unclear.

It's Not You is a very Buzzcocks-esque punky number that reminds me that it was still early 1979 when this was released - punkiness was still ok. Three Imaginary Boys is an enjoyably melodic and beautifully bassy mid-paced number while the short instrumental closer, The Weedy Burton, shows the breeziness that the band occasionally showed that they could use, as indeed they did on their irresistible hit single, The Lovecats. 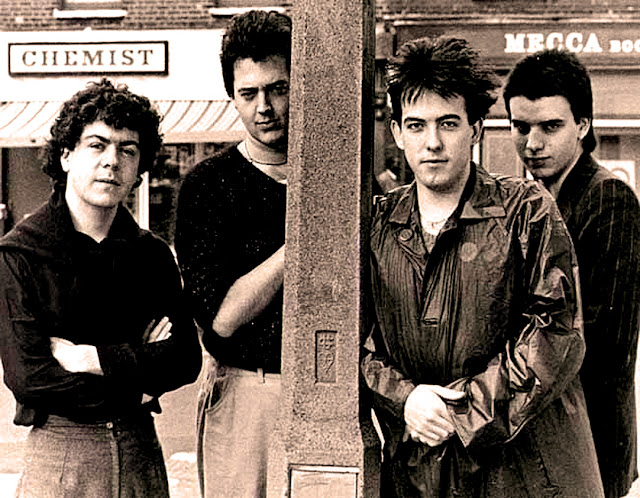 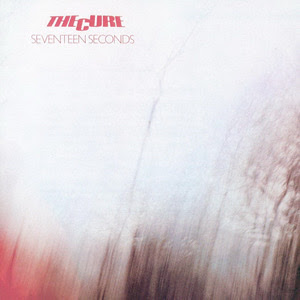 Never mind post punk, this, The Cure’s second album, has been viewed retrospectively as the first gothic rock album. A genre was born. Having been playing guitar with Siouxsie & The Banshees, Robert Smith  came back wanting to deliver a sound similar to that of Steve Severin and Budgie. He managed it too, serving up a supremely dark yet strangely classy album. It was also supremely influential, on bands like The Stranglers, contemporaries Joy Division and Echo & The Bunnymen and, in reverse, on The Banshees.

It is a short album - which given its sombre soundscapes is possibly not a bad thing - and it is one that I have to say that I really like. It has a great sound quality to it and bags of atmosphere. It has to be regarded as one of the great, if not slightly overlooked, early eighties albums.

After an ambient, atmospheric instrumental opener in A Reflection, Play For Today is wonderful in its melodic bleakness, featuring a lovely deep bass sound. Indeed the same can be said of both the subtly attractive Secrets and In Your House. There is a mature competence and depth to this material that contrasts markedly with the often punky/post punky edginess of their debut album.

Tracks like the sombrely grandiose Three and the new romantic-style synth-driven and spacey A Forest both display a very Joy Division noir ambience to them. The latter is a beautifully atmospheric track. I can come up with similar descriptions for M and the magnificent and moody At Night. Smith’s voice is mournful and detached on the latter - this man, just as much as Ian Curtis, was a true master of misery. Seventeen Seconds, of course, didn’t lift the gloomy feel at all, and it would been strange if it had. The album ends as morosely as it began. This is an album for the dark depths of winter.

As with the previous album, I really wish I had got into this back in 1980, but there was so much other music around that took up my attention. I am enjoying getting into it now, all these years later. 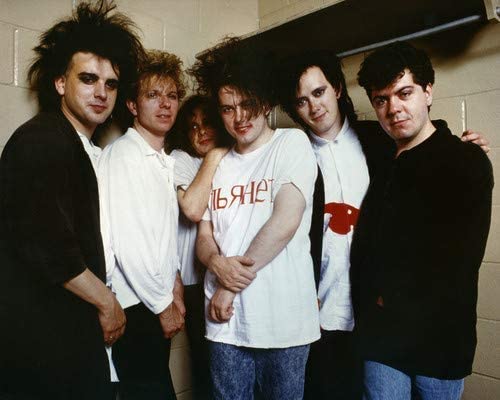 The Cure were also, like many punk and post punk bands, known for their stand-alone singles and it was here that the more commercial sound of the band was heard. A few of these are well worthy of a mention.

The lyrically controversial Killing An Arab (it was inspired by a 1942 French novel by Albert Camus) reminds me very much of the John Peel show in its rudimentary, raw sound, taking me right backs to those late nights listening to the radio  in my teenage bedroom. It was one of their tracks I knew from back then, along with the supremely catchy, jangly Boys Don’t Cry. Surely The Smiths were influenced by this. It predates so much mid eighties guitar pop.

Jumping Someone Else’s Train is a lively number with more Smiths-like vibes to it and some infectious percussion-bass parts.

The upbeat Primary and the Gang Of Four-ish, mysterious Other Voices are excellent cuts from the 1981 album, Faith.

Charlotte Sometimes was a surprisingly downbeat choice for a stand-alone single, with its mournful vocals and bleak, somewhat muffled sound. From 1982’s Pornography album came the drum-driven The Hanging Garden.

Three more notable stand-alone singles were the staccato, quirky but appealing Let’s Go To Bed, the synthy pop groove of The Walk and, lest I forget, the incredibly catchy fun of The Lovecats.