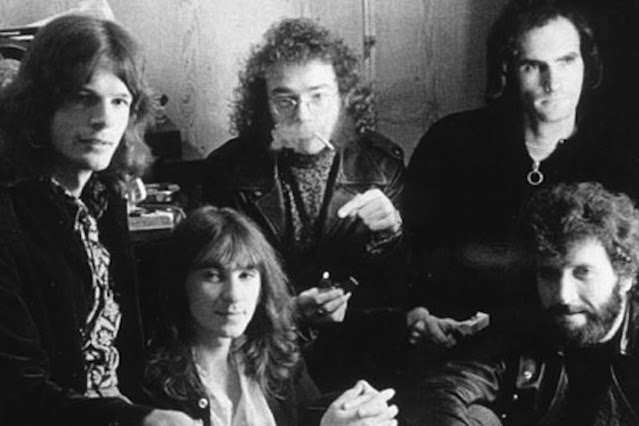 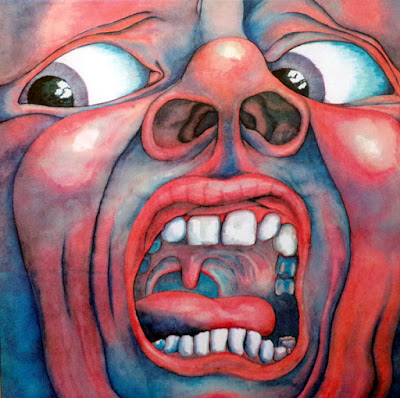 This 1969 offering, with its grotesque, instantly recognisable cover, was King Crimson’s first album and has long been considered to be one of the first trail blazers of the progressive rock genre. It has only five tracks and they are all lengthy but, as with quite a few of the early prog rock outings, it sounds a lot more “rock” in its sound than prog. It is just extended rock, building on the psychedelia of the previous two years. For me, it is more post-psychedelic, experimental rock than progressive rock. Maybe the former sub-genre eventually morphed into the bigger beast, though.

21st Century Schizoid Man is a delightfully heavy thrash, with powerful guitar passages, insane scratchy vocals, big rumbling bass, industrial strength drums and some punchy, madcap brass too. Although it is lengthy and experimental, it sounds more heavy to my ears than it does prog. It is by far the album’s chunkiest cut and easily my favourite.

I Talk To The Wind slows the whole thing down considerably on an ethereal, gentle number, full of “chilled out” ambience. It has some nice bass sounds in it, some appealing flute along with some subtly attractive drum and cymbal work. It has a subtle appeal to it and a lovely, warm sound quality as well. Actually, I’ll instantly change my choice of favourite and go for this one. I’d forgotten that Greg Lake was in the group at this time and this bears many similarities to the best tracks on later ELP albums (I prefer Lake’s stuff to Emerson’s).

Epitaph is a bit more robust, but also has a slow, grinding tempo.   I can really make a case for this one too. I am sure the passage around five minutes in will have influenced early Roxy Music - the bass lines, the drums - just something about it that reminds me of the middle section of If There Is Something. Anyway, this was rock music going as big and drawn-out as it had done thus far (although we still had the twenty minute tracks of Yes and ELP to come).

The ghostly Moonchild is also very ambient and sonically low-key and has lots of proggy lyrical conceits. It is almost sleepy at times with a sort of jazzy vibe to it. Despite some good parts at the beginning, it is all a little bit to experimental from the mid-point on for my liking, its innovative sounds going on and on, without much to captivate. It just doesn’t make for riveting listening as far as I am concerned. This was prog rock’s problem - far too much noodling and indulgence. Yes, it intrigues me, but it doesn’t grab me by the balls. Bizarrely, though, it grows on me, so there you go,

Not before time, the grandiose The Court Of The Crimson King sees the return of solid, punchy, heavy drums (check them out right at the end, after the Beatles-esque pipe organ bit), although its classically-influenced orchestration is a bit overbearing, as too are its somewhat pretentious lyrics about black queens and jugglers. As is my experience with a lot of prog rock, I find myself liking various bits of it but overall it still remains a little indigestible in places too. As I am someone who has never been into prog, this is not really surprising. The album is not without its merits, however, and it definitely pulled up trees. There had really not been anything like it before.

In considering prog rock as a genre, I much prefer this to ELP and Yes but Jethro Tull, Focus, Wishbone Ash and Atomic Rooster are a bit more to my taste. 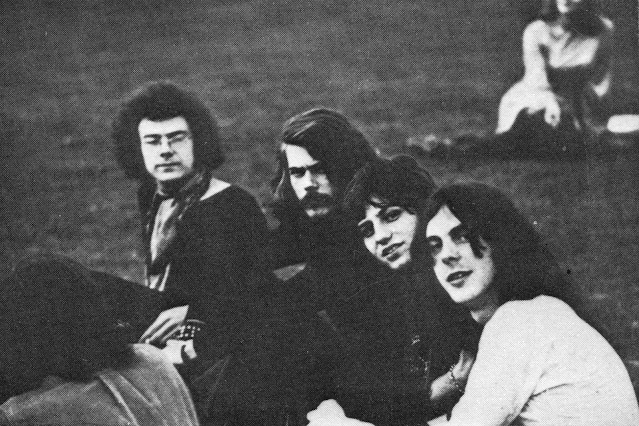