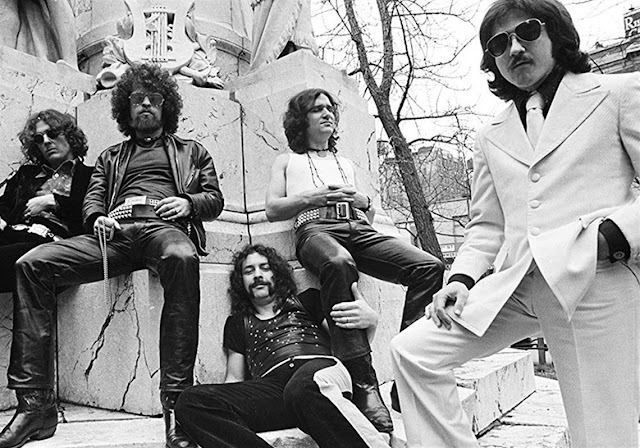 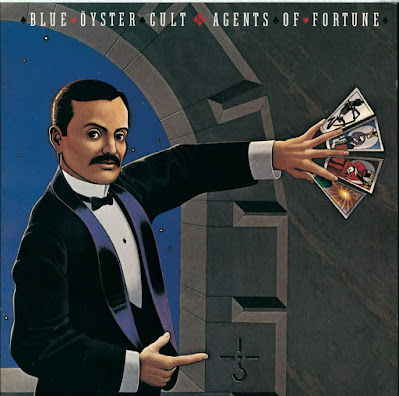 This best-selling album from 1976 is one of those that punk was supposed to blow off the face of the earth - heavy rock riffs, harmonic vocals, AOR breeziness, supposedly sinister, disconcerting lyrics - all the things that punk despised. I have to say that as I got into punk in 1977, I too loathed stuff like this. However, listening to it now, with unprejudiced ears, I find myself able to appreciate it a lot more, while still not accepting it completely. There is a somewhat bloated, overblown pretension to it that, to be honest, needed to be blown away - at the time. In 2021, however, it functions as a relatively enjoyable serving of mid-seventies AOR.

The point must be made, too, that within a year or so, producer Sandy Pearlman was hired by The Clash to produce Give 'Em Enough Rope. Every now and again you can hear the similarities on the big drum sound and the clarity of the riffs.

Another thing worthy of mention is the fact that different members of the band take vocal duties on different songs, something popularised by The Grateful Dead.

The album begins with a couple of short rockers in the vaguely punky This Ain't The Summer Of Love and the very appealing and energetic True Confessions before it is time for the song that was all over the mainstream airwaves in 1976-77 - (Don't Fear) The Reaper - a song that sticks out as being by far the best on the album. Its easy AOR Eagles-inspired harmonies, infectious riffs and general summer's afternoon, driving on the freeway vibe make it a pretty irresistible number. It has some impressive instrumental breaks in the "false ending" bit near the end when the tempo changes before returning to the song's main melody. Love it or being heartily sick of hearing it, one cannot deny that it is full of hooks and has something about it. Personally I can't help but like it.

E.T.I. (Extra Terrestrial Intelligence) has a nice heavy rock sound to it - big, chunky guitar work all over the place. It is what it is - somewhat clichéd but effective mid-seventies US rock with lyrics about flying saucers. People lapped this stuff up at the time.

The Revenge Of Vera Gemini has an attractive beat underpinning it and some effective male and female vocals together with some mysterious lyrics. It is another one that I find myself liking more than I expected to. The guitar on it is great, as indeed it is throughout the album - it is a very well-played piece of work.

A typically period piece of piano introduces the powerful, muscular rock of Sinful Love, which is once more enhanced by some serious cookin' guitar. "I love you like sin, but I won't b e your pigeon.." say the lyrics. Hmmm, ok. Up next, the Tom Petty-esque Tattoo Vampire is almost punky in its crunching, unnerving sound. these are both vibrant, vivacious songs.

A more proggy, grandiose sound is back on Morning Final, which also includes a Trampled Underfoot (Led Zeppelin) style funky backbeat. This is another solid, impressive number. It goes without saying that the guitar soloing is superb. The bass, cymbals and keyboards near the end is something I love too. What sounds like a London Underground train introduces the catchy, mid-pace groove of Tenderloin and we are treated to more instrumental adroitness.

As was often the case with albums, it ends with a bit of an incongruous track - the melodious and romantic Debbie Denise. 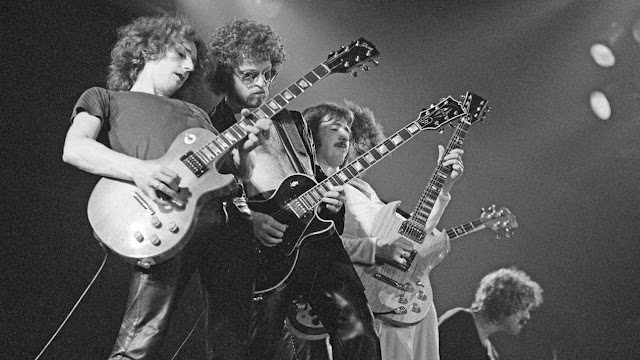