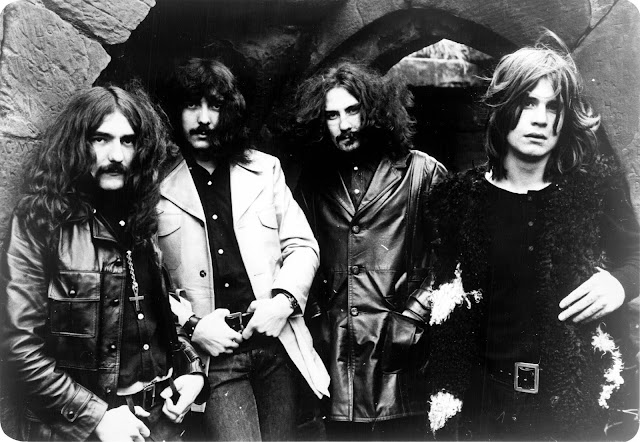 Bat-eating hell-raisers proved with their first five albums that they were far more than just tabloid headline fodder.... 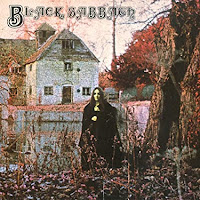 Released in February 1970, this was said to be the first "heavy metal" album. It didn't have the organ swirls that Deep Purple had, it was simply lead guitar, pounding drums, bass, a bit of harmonica and Ozzy Osbourne's strong, characterful but otherwise unremarkable voice. It chugged along in loud, muscular fashion from the beginning to the end. Give it a bit of a throwaway hint of evil, devil worship and the occult in the lyrics and you have a genre made for the forseeable future. The group came from the bleak, industrial landscape of Birmingham, West Midlands and subsequently took their no-nonsense, gritty rock to the world. In many ways, though, they were a much underrated band, and still are, lying in the shadow of Led Zeppelin and Deep Purple.

This is by far my favourite of their albums. Some of the others tend to get a bit samey for my liking, whereas there is something fresh and ground-breaking about this one. It also has a rudimentary appeal to its rough and ready instrumentation - no pissing around with strings or synthesisers, just full on rock. I love the mysterious cover too. Apparently the girl under the cloak was stark naked as they went on to do some naughtier shots. Now there's an enticing thought. Anyway....

Black Sabbath, the title track, has a slow intro before breaking out into solid bluesy rock. The Wizard is full of chunky riffs and those typical heavy drum fills. It almost sounds post punky at times. Similarly is the mid-pace but reliable rock of Behind The Wall Of Sleep. Get a load of those huge mid-track power riffs and Tony Iommi's soloing. Add a big rubbery bass to that and you have some classic heavy rock. Stuff like this was influential on so many bands. Granted, it may sound a bit formulaic and musically clichéd now, but, in early 1970 it kicked ass, big time.

N.I.B. has a classic opening (and continued) riff of the sort that has been recycled by countless bands. You just sing along with the riff - da-da-da-da-daaah. Play that air guitar. The riff on the wonderful Evil Woman was surely purloined by Deep Purple for Black Knight in 1971. The bass rumbles away beautifully too and I love that defined metronomic drum sound. Actually, the song was a cover of a minor hit for a band called Crow from earlier in the same year. Listen to that drum and guitar interplay on the instrumental Sleeping Village. Yes, it is slightly Cream-like but it packs one hell of a punch, its sheer attack making it quite unique. Warning is a nine minute plus chugger full of soloing and riffage that is a tad indulgent but I don't mind, even an old punk like me can get into it. This short, sharp shock of an album ends with the rhythmic and slightly improvisational Wicked World. Play it loud. End of.
The other albums essential to any introduction to Black Sabbath are the next four that they released:-
Paranoid (1970) 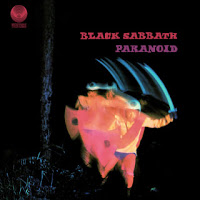 This fine album, which has been critically-acclaimed over the years includes some excellent heavy rock material - guess what - it's riffy........including the lengthy and rock solid chug of the anti-war fist-pumper War Pigs, the wonderful and now deservedly iconic hit single Paranoid, (that needs no introduction), and a deceptively beautiful slowie in the gently rhythmic Planet Caravan. I love the melodic bass and the infectious bongos on this one.

As it was the early seventies, the gloriously heavy thump of Iron Man contains a brief drum solo as does the equally pulsating Rat Salad, Electric Funeral pounds heavily along and Hand Of Doom has a great, menacing ambience, enhanced by its deep bass line. It was notable now that the band had started to produce not only upbeat heavy rockers but brooding, extended workouts too. The same can be applied to the industrial clunk of Fairies Wear Boots that closes the album.

Despite Ozzy Osbourne's somewhat bleating voice and some sometimes less-than-inspired lyrics, Black Sabbath carried a huge power and a sound that I find irresistble.

This is up there with the debut as one of the group's best offerings, and in many ways it probably edges it. Actually, I could make a valid case for Vol. 4 and Master Of Reality too. I have to say, also, that for an album from 1970, the sound is absolutely top quality - full, bassy and warm and, as regular readers of this blog will know, that is exactly what really floats my boat. 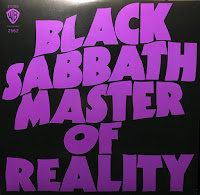 This heavy beauty of an album serves up more of the same impressive fare.

It has a couple of short instrumental interludes, making it really only a six track album) with a bit of a Paranoid sound-alike in the energetic and vibrant After Forever, a drugs anthem in the powerful Sweet Leaf, a rumbling riff-laden classic in Children Of The Grave and an embittered condemnation of someone in Lord Of This World, which slightly reminds me of John Lennon's How Do You Sleep? Something about the verses' melody.

Sweet Leaf has that exuberant, rolling drum sound that so typified heavy metal music for many subsequent years. It is so clear, so precise and so powerful. After Forever is just top class riffery and I simply cannot get enough of that beautifully fluid, rubbery bass. The track reminds me of when David Bowie went heavy on She Shook Me Cold, from 1970’s Man Who Sold The World album. Solitude is another of the group's excursions into dreamy, laid-back acoustic fare and Into The Void ends the album in dignified heavy mid to slow-pace style.

I probably prefer Paranoid of these two but they are both examples of Black Sabbath at their ground-breaking, original best. Overall, 1970-1973 are the years you need to go to - the rollercoaster period that gave us those first five stonking, beautifully heavy albums. Here are the remaining two to complete the set. 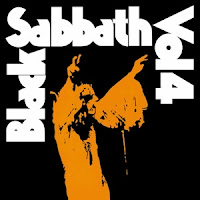 This was the band's Exile On Main Street and is my favourite of the two - a coked-up masterpiece of drug-addled  magnificence.  Whereas their earlier had been drink-fuelled, cocaine was the order of the day here and the sessions were unsurprisingly chaotic.

Amazingly, they came up with some great stuff, including the proggy, inventive eight minute riffy opus of Wheels Of Confusion. Tomorrow's Dream, while shorter, is just as muscular, serving as an example of just what a superbly heavy, riff-laden album this was. They also experimented in slower material, like the piano-driven sombre ballad, Changes. Personally I prefer them when they rock - hard. When they try to be all reflective and introduce gentle strings it is somehow not quite the same, is it? This was one of those albums that certain boys at my school liked and I never got into until much later. Now, some of my glammy stuff sounds quite lightweight compared to this megaton thumping fare. Maybe those boys were on to something. The album is top drawer heavy rock.

Supernaut is a fine, punchy rocker, featuring some killer soloing along with some infectious, quite funky drum-guitar interplay. Snowblind is strong in its mid-pace punch. Despite Osbourne’s sometimes questionable voice, there is no doubt that the band were as powerful as a sledgehammer. Cornucopia is reassuringly heavy too.

They dabble in acoustic mood music on Laguna Sunrise, setting a trend for many ostensibly heavy bands to do the same. It is pleasant enough, but I am sure most fans just wanted the rock back. It duly returned on the short, catchy St. Vitus Dance, which was a vaguely Paranoid sound-alike number. Under The Sun/Every Day Comes And Goes is a fine, upbeat rocker to end on. It goes without saying that it riffs away wonderfully. 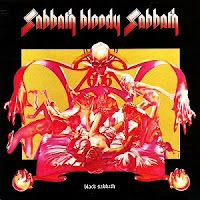 The last of this great run of albums saw the band breaking out into experimenting even more.

We got boogie piano on Sabbra Cadabra (played by Rick Wakeman - bored of recording Yes's bloated, indulgent Tales From Topographic Oceans in the same studio at the same time. Sabbath paid him in beer for his contribution, incidentally), some ethereal folky instrumental in Fluff, the string orchestration of Spiral Architect and, several years earlier than many groups used them, synthesiser on Who Are You?. The latter is really electro-pop sounding, which is odd to hear. The bit in the middle is like a cross between ABBA and the early eighties post punk bands. Looking For Today has a poppy, rockiness to it as well, merging electric and acoustic guitars with a flute, surprisingly.

The title track, Sabbath Bloody Sabbath, is no experimental number, however, as it is trademark Sabbath heaviness. That said, even this had a gentle acoustic bridge. The same can be said of the slow industrial crunch of A National Acrobat, without the acoustic bit this time, just full on chunky riffage. Get an earful of the guitar bit near the end too. Great stuff. Killing Yourself To Live is solid and muscular as well, so the basic blueprint was still alive and well in places.

This led to a different sounding album for half of it, but much of the old riffery is still there, of course, however Osbourne's voice has begun to adopt those by now clichéd heavy metal high pitched tones and overall, for me, it loses some of the raw, gritty edginess that made the debut album, or indeed the subsequent ones, such a joy. You can't beat the down ' n' dirty pure earthiness of all of those. This, for me, though, is the last of the impressive run of five great Black Sabbath albums that were released in just three short years.