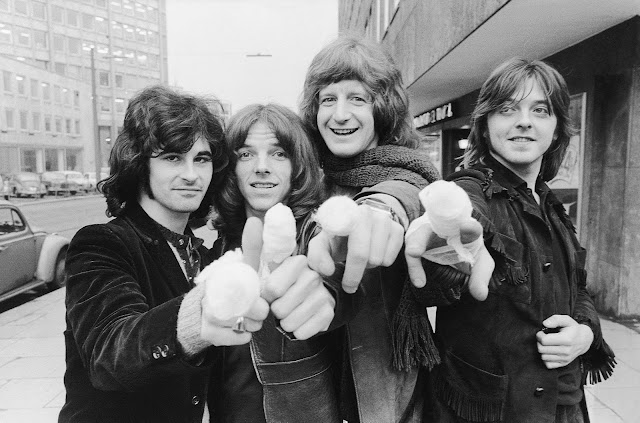 Three excellent albums from a group who never quite made it.... Incorporating mostly tracks from the group's first album under their previous name of The Iveys, plus some new songs, this was, in effect, the first Badfinger album. What an awful title it had, though - it was named thus as three tracks were used in a film called The Magic Christian. Needless to say the album is not a religious one.

Their whole Beatles-influenced thing began here with the Paul McCartney song that became their biggest hit, the incredibly catchy Come And Get It. McCartney had been sort of mentoring the group throughout 1969 and they never quite shook that relationship off. What a great single it was, though.

Crimson Ship is not a McCartney song, but it doesn't half sound like it. It could have been a nineties McCartney solo song, it has that sound to it. Dear Angie is a slow number enhanced by some jazzy guitar. It was, along with several other tracks on the album, produced by Tony Visconti of David Bowie and T. Rex fame. Fisherman is a quiet, acoustic number very much in the Wings style as indeed too is Midnight Sun, but this time it is a chunky, riffy fashion. Beautiful And Blue is a string-backed, very late sixties piece of attractive pop.

Rock Of Ages sounds as if John Lennon has joined in, with its throat-bruising vocal and fuzzy guitar riff. It is a great, rocking track. Parts of it remind me of The Clash's Brand New Cadillac, particularly the drums. Carry On Till Tomorrow is a melodic, harmonious ballad, featuring a nice bass line. I'm In Love simply has to attract Beatles comparisons as does the gentle, acoustic Walk Out In the Rain. Add Angelique to that. I'm not a fan of the McCartney-ish whimsy-mawkish real life lyrics of Knocking Down Our Home. It is the one duff track on the three Badfinger albums I have reviewed. The Beatles-style rock of Give It A Try is an improvement, although the high-pitched lyrics are a bit dodgy. Maybe Tomorrow finishes the album off in pleasant enough style. This was a good album, but the next two would be much better.... 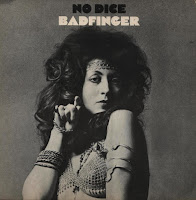 This was the second album released under the Badfinger name and it was really big on The Beatles inspiration. Many critics at the time felt that this would have been how The Beatles would have sounded had they not “gone weird”. Either way, it is an impressive rock with distinct pop sensibilities album. I really like it.

I Can’t Take It is a great track, driven along by some energetic, Revolution-esque riffy guitar, solid drums and a strong vocal. I love it. The same applies to the slower but melodically attractive I Don’t Mind. The next track, ironically called Love Me Do, rocks superbly, outdoing by far its twee predecessor. Its power is almost new wave-ish.

Midnight Caller is a strong, McCartney-esque rock ballad. A Beatles sound is clear on the fine hit single, No Matter What, but it still stands up as a really good single in its own right. I always thought that Without You was a Harry Nilsson original but here is the beautifully plaintive original from Badfinger. How unlucky were they not to have the huge hit with it that Nilsson did? Badfinger were one hell of an unlucky group. I love this version too, more than Nilsson’s one. Blodwyn is a jaunty, folky romp that doesn’t quite fit in with the rest of the album but still has its attraction. Better Days has vibes of both Lennon and McCartney in there but no matter, it’s a strong song anyway, as too is the muscular rock ballad It Had To Be.

Watford John is a nice bit of rock boogie which, oddly, has a few hints of early Elton John (coincidence in the title?) about it. Believe Me sounds like it would fit fine on Band On The Run a few years later, with a feel of Oh Darling from Abbey Road to it too. We’re For The Dark is a most impressive and rousing, acoustically-driven ballad to close this highly enjoyable and extremely underrated album. I really can't praise it enough - the sound quality is superb too. 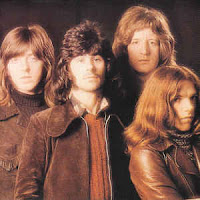 * I reviewed this album first when dealing with Badfinger, before the two earlier ones.

Badfinger really were quite an underrated band. They suffered from Beatles/McCartney influence and comparison and remained one of those groups who put out more albums than people thought. This was one of their best ones.

Personally, I had only ever known the McCartney-Lennon penned hit single Come And Get It, and spent years thinking they were a one-hit wonder (they had No Matter What too - apologies- two hit wonder then). I read a review recently that compared the group to Big Star in their similarly underrated existence and lack of commercial success that saw their potential remain unrealised.

Take It All is a mid-pace, organ, piano, guitar and drum-powered chunky pop ballad in the Maybe I'm Amazed (Paul McCartney) style. It features a killer organ solo, mid-song. The gritty vocal is equally impressive. Baby Blue is riffy and muscular pop and is one of the album's rockiest tracks. I like it a lot. Money is an impressive precursor to Pink Floyd's song of the same name, both in its sound and sentiments. It is another fine number, deserving of more attention. I'd Die Babe is very Band On The Run-era Wings in its upbeat acoustically-driven rock sound (just listen to that Mrs Vandebilt soundalike pacy acoustic guitar intro - yes I know McCartney played his on bass) and Suitcase is also incredibly McCartney-esque. The piano-based Flying is similar in its Wings-esque ambience.

The Name Of The Game

has more hints of Pink Floyd in its chorus while Sweet Tuesday Morning is a gentle acoustic number. Day After Day has that classic Badfinger pop sound that featured on their big hit Come And Get It. Once more, the vocal is pure McCartney - I guess that doesn't really need saying repeatedly, does it? Either way, this is a really good song, with a fine mid-song guitar solo from the also underrated Tom Evans. It is my favourite song on the album. It was actually a number 10 hit so they were a three-hit wonder, weren't they? Sometimes is very early Beatles in its chorus harmonies and Lennon-esque throaty vocal. There is also something of The Flamin' Groovies in this lively and enjoyable rocker. They must have been influenced by this. The Wings sound is there again on the slowly rhythmic pop of Perfection. Check out the enticing bongo sound on this one. Nice. The same applies the the guitar work too. It's Over is a memorable big rock ballad to finish the album with and it stands as an example of just how good the group were. This is highly credible stuff, not simply post-Beatles lightweight pop.

This was a good album, make no mistake.

** The non-album track, Baby Please, is so Wings in its riff, it could almost be them, like Junior's Farm or Helen Wheels. No Good At All is a solid riffy rocker that sounds unlike anything on the actual album.

Sorry about the obvious, much-mentioned related link, but it has to be :- 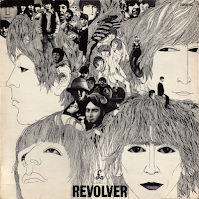