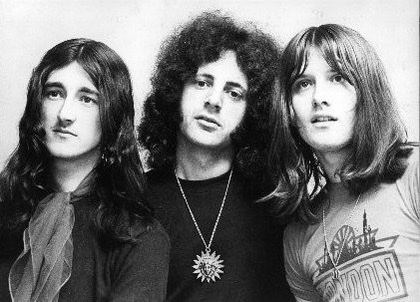 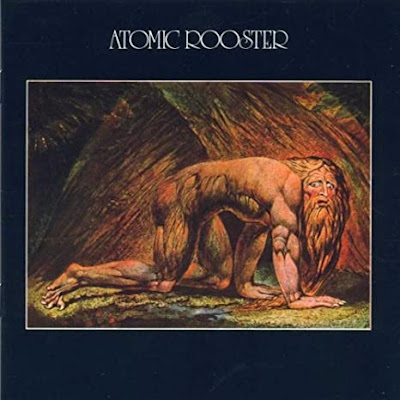 When I started secondary school in 1970, my musical tastes were developing and I became fascinated by the covers of albums I saw boys from the sixth form carrying around under their arms all day. This one, depicting a naked prehistoric-looking man in a cave was one of those I distinctly remember seeing. I knew nothing about the music, though, neither did it appeal to me - I preferred my T. Rex and poppy reggae. It seemed to me to be dense, somewhat pretentious sort of stuff - ideally suited to the greatcoat-wearing long-haired boys I saw toting the album around like a proggy machine gun.

I also recall being taken to the pictures by the daughter of a friend of my mother and she told me she was into "progressive rock". Ever musically curious, I duly asked the flowing cheesecloth blouse and beads-garbed older teenager to define the genre. She couldn't, other than "it's, well, progressive...". That was my first nonplussed brush with a genre that I have never fully come to terms with.

Anyway, on to this album - Atomic Rooster sprung from the ashes of The Crazy World Of Arthur Brown - keyboard man Vincent Crane and later to be ELP dummer Carl Palmer being founder members. The group in their original format were relatively short-lived  and this was their second, and most well-received album, from 1970. By then, though, Palmer had already left and was replaced by Paul Hammond. It is a mixture of Black Sabbath-esque heavy rock and a prog rock willingness to experiment in changes of pace, mystical lyrics and occasional over-indulgence.

Death Walks Behind You is a heavy clunker of an opener and is very Black Sabbath-influenced, the same sort of lyrics and vocal delivery. Hammond's drumming is excellent on this. The track reminds me of Mott The Hoople's Sucker in its sonorous backing vocals.

A more proggy vibe can be found on the organ-driven instrumental Vug. This had a Deep Purple feel about it in its Jon Lord-style organ breaks. Get an earful of the guitar solo near the end too. Great stuff. I have to say that it is also very ELP-esque in its organ sound.

Atomic Rooster were often considered a one-hit wonder to their excellent non-album single, The Devil's Answer*, but it is often forgotten that they charted with the vaguely sound-alike Tomorrow Night - a catchy piece of tuneful, cowbell-driven early seventies rock. Similarly good in a period way is the equally heavy Seven Lonely Streets. Again, the organ dominates the sound. At times it almost sounds like The Stranglers along with Deep Purple, of course. The riffage is pleasingly muscular too.

Sleeping For Years also chugs impressively and Hammond shows why he was such an underrated drummer. The sound on this is so early seventies. I Can't Take No More veers more towards rock than prog, and this makes it more to my taste. Once again, it is so representative of early seventies rock. I can't help but like the clear, strong oomph of tracks like this.

Heavy bands always felt the need to include at least one sombre, piano-backed ballad on their albums and here we get one in Nobody Else, initially. Half way through it breaks out into some highly appealing drummage and riffery. The album ends with the proggy instrumental Gershatzer which has the band's members showing off their virtuosity in true prog fashion. The mid-song organ noodling is pretty pointless and rambling, though, I have to say. What's next - oh, a drum solo, obviously.

Nowadays, of course, there would have been room for more tracks and Play The Game (Tomorrow Night's 'b' side) is a fine, rousing piece of seventies rock fare. Then, how could I forget *The Devil's Answer? That really should have made it on to the album. I loved it when I first heard it in 1971 and I still think it sounds fantastic today. It stands out as being more instantly commercially accessible than the rest of the material - with its enigmatic lyrics, superb build-up intro, killer riff and brass interjections together with an organ sound straight from the late sixties. It is one of the classic rock singles. 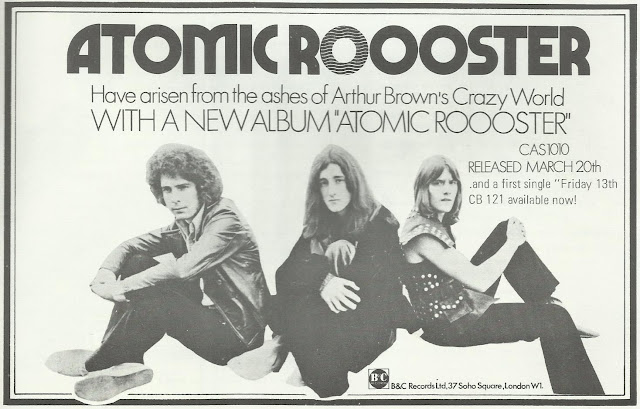