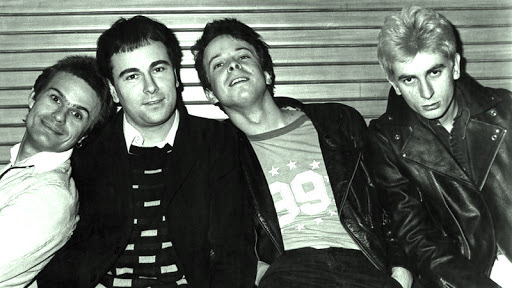 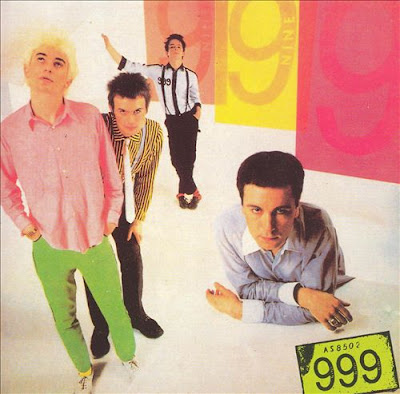 There is not a huge amount that can be said about 999's March 1978 debut. It is classic punk meets new wave fare - fastly strummed guitar, rumbling bass, thumping, metronomic drums and a bleating , whining vocal, supplied here by Nick Cash. It is pretty much 1978-79 second division punk-by-numbers and sounds somewhat dated these days. It is not without its appeal, though, and it gets me somewhat nostalgic. I remember seeing the band live along with many other gigs by many others like them - consequently I can't recall too much about it, other than I went to see them play their single, Emergency. They ranked alongside The Ruts, The Rezillos, Penetration and Generation X for me, at the time, and still do. They were perfectly ok, but had nothing that made them extra-special. I have still enjoyed revisiting the album, though. It's 1978 again.

Me And My Desire is a mid-paced piece of guitar punk while Chicane Destination is faster and more obviously punk in style. Crazy is slightly rock 'n' roll-ish in that punk-new wave style that was quite common in the late 70s. It is almost glammy in places.

Your Number Is My Number is more new wave than punk while Hit Me is back to breakneck, riffy punk (it sounds like those punky songs Bruce Foxton wrote for the Jam in places) as indeed is the frantic I'm Alive. A change of sound and pace can be found (to an extent) on the infectious, bassy groove of Titanic (My Over) Reaction, a track that unusually featured its parentheses in the middle of the title. It features a nice guitar solo and a melodic bass line. A good track all over.

Pick It Up doesn't break the mould much and then we get the afore-mentioned Emergency, which was one of the great underrated punk singles. Sure, it was second division, but it still had something that makes it worthy of putting into any punk playlist. Its riff was brooding and post punk and it chugs along most satisfactorily.

The last three - No Pity, Direct Action and Nobody Knows are all fast punkers in no real need of analysis. I am sorry that I can't find too much more to say about this, particularly on a track-by-track basis, other than it it is entirely representative of much punk music from 1978-79 and it's a lot of fun.

I have to say, though, that albums like this, while ok for half an hour, have not travelled as well as those from other genres - quite a lot of soul, reggae, heavy rock, blues rock, psychedelia and even prog still sound credible today, whereas this, for all its gritty raw appeal, sounds very much stuck back in 1978.

** Another great single they did was Homicide, which is well worth checking out. It shares that gritty punk-new wave atmosphere that made Emergency such a great track.

Check out The Jam's work here :- 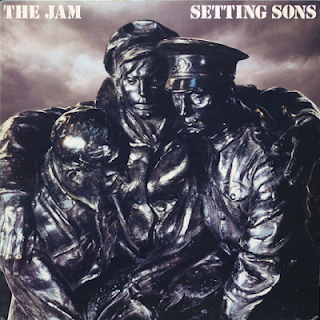