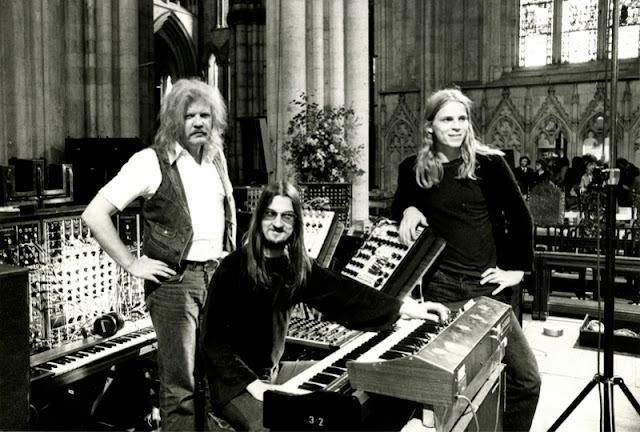 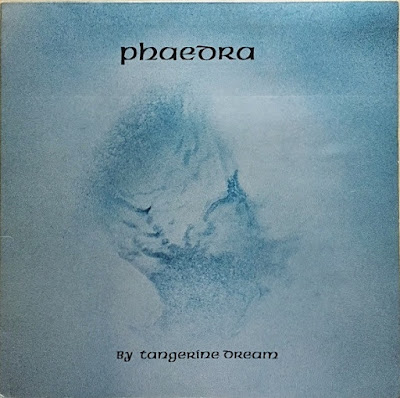 This album was all over the place in 1974, beloved of serious music critics and studious nerds at my school who carried it around with them under their arm throughout the school day, showing off their musical taste. Fucking hell, I despised them and this accursed record.

As a glam, David Bowie, Roxy Music and Mott The Hoople fan this sort of  dense, innovative, experimental, ambient electronic music was completely anathema to me. It remained so for years, standing as an example of why I and many others became punks. It was the musical anti-christ.

Nowhere is this better exemplified than the track Phaedra on the old ‘side one’ - seventeen minutes plus of brooding, sonorous electronic noises which took up the whole side, served up by three faceless Germans. Good God, I wanted none of this po-faced serious pretension. My, there wasn’t a guitar riff within a thousand miles of this, just mellotron, moog synthesiser and electric piano amongst other keyboard noise makers. It has been quoted as being the most important and influential piece of electronic music in that genre’s history, even more so than the output of the group’s German contemporaries Neu! and Kraftwerk. Maybe I was missing something, because at the time it left me cold.

On a positive note, the first six or seven minutes of the track’s 2018 Steven Wilson Remix sounds great, particularly that big, rubbery bass sound. The bit around 7:13 onwards is aurally stunning, so there you go.

As I have aged and my tastes and tolerance for different genres have evolved I now find myself reviewing it. Look, it is ok for a while - atmospheric and pleasingly bassy but it spends seventeen minutes getting precisely nowhere. That’s what ambient music is all about, I guess. What is not in doubt, and somewhat ironic, is that I, the great Bowie devotee, would be lapping up the instrumental side of Low in three years’ time. There is absolutely no question that this was a huge influence on Bowie’s ‘Berlin’ period. Just listen to the weird sweeping synth noises on the pretentiously-titled Mysterious Semblance At The Strand Of Nightmares, you can hear the instrumental side of ‘Heroes’ in there, clearly.

Moments Of A Visionary has some slightly world music percussion sounds in it that would have resonated with Talking Heads, to an extent. The short Sequent ‘C’ ends this somnolent piece of work and I find myself having to snap myself awake once more.

I remember the group played at my local rock club, Friars Aylesbury, in 1975 and their fans lay on the floor in order to appreciate the vibe, man. Jesus Christ. If you ever wanted an explanation for punk, there you had it. At the bottom of the review is an article from the local paper at the time detailing this audience phenomenon. Click on it to read it in enlarged format.

Yes, this album sounds great on my sound system - all those sounds coming gracefully in and out of my speakers, like something from a classical composer who has taken too many drugs and yes, it has something about it, but do I want to listen to this for pleasure too often - no. Yeah, yeah, yeah, I know its all about the textured sounds but I can’t wait to stick something more ballsy back on.