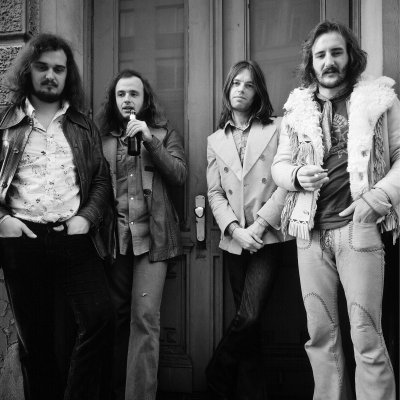 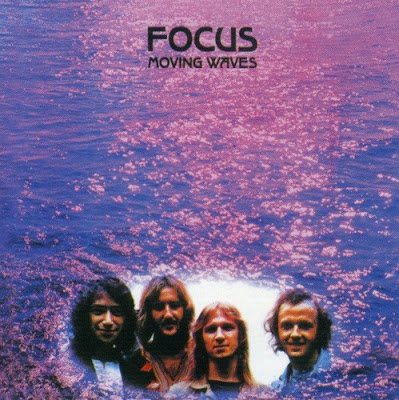 Despite my taste for glam and glam-influenced rock in 1972-73, my teenage self was aware of Dutch proggers Focus due to their two hit singles - the marvellous instrumental Sylvia (not on this album), which featured the guitar virtuosity of Jan Akkerman, and the first track on this album., which I thought was great. I really liked both of these although I didn't dip into the album at the time, I left that to the hard-core prog rock fans who seemed to be overrunning my school.

On to the album, which consisted of five tracks and one twenty-two minute opus. Wasn't that typical of the prog-rock era?

Hocus Pocus is a truly marvellous slice of seventies rock riffery, overflowing from the very start with strong, vibrant guitar workouts, pounding drums, brief drum soloes, madcap proggy organ, some crazy flute and, of course, nutty drummer Thijs Van Leer's ludicrous but catchy "bom-bom" yodelling and improvised "diddle diddle diddle" vocals. Yes, they are silly, but they are part of the track's quirky appeal. It was a hit single and was one of quite a few excellent seventies rock instrumentals/semi-instrumentals from the time. I'm thinking of Edgar Winter's Frankenstein from the same period. The extended version that we get here on the album is superb. I love it - and that's from a glam fan of the time.

The exultant ambience suddenly changes with the brief, chilled-out acoustic vibe of Le Clochard and then we get the equally relaxing feel of Janis, a flute, acoustic guitar and drums instrumental. It is slightly more powerful than its predecessor due to its drum sound but the overall effect is one of sleepy peace.

Moving Waves is a short track with vocals that doesn't really get anywhere, for me, while Focus II is an impressive instrumental featuring some fine upbeat drumming and equally fine lead guitar. I have to say, also, that the sound is superb - clear, warm, bassy and delivered in excellent seventies stereo.

Eruption is the afore-mentioned lengthy number and it is chock-full of prog musical stereotypes - classically-influenced hymnal organ, occasional tympanic drum soloes, gentle woodwind passages, innovative Santana-esque jazz rock guitar - a supposed concept (the story or Orpheus and Eurydice) and a general rambling feel of a never-ending jam session. I like it in places because the sound is so damn good - it is like a hi-fi demonstration - and it is undeniably musically brilliant, but, hold on, isn't this why punk came about? Maybe, but there is something in it that I quite like, so there you go. I've always been a bit contradictory. Do I play Eruption much, though? The answer to that remains no, unfortunately, but I've done pretty well to get this far. 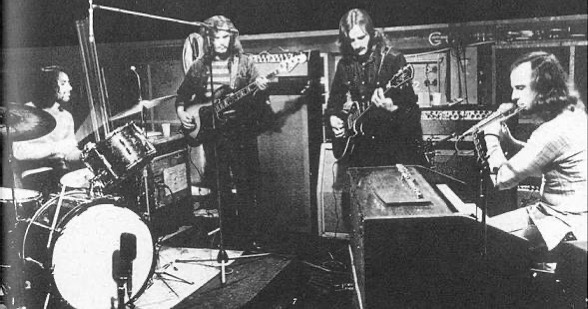