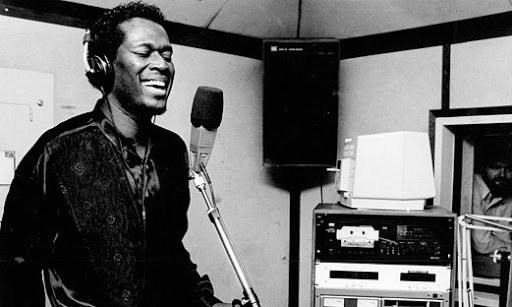 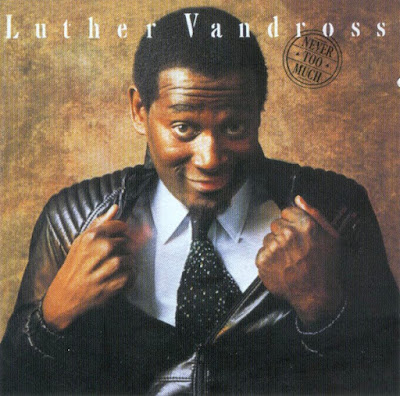 Released in 1981, this debut solo album launched the phenomenally successful career of ex David Bowie, Roberta Flack and Chic backing singer Luther Vandross. He had previously released material under the name of the band Luther but this was where it really took off for me. Before that, though, special mention has to go to the fabulously funky track, Funky Music (Is A Part Of Me), which was, of course, re-worked by David Bowie as Fascination on his 1975 Young Americans album.

Back to this album. As the eighties arrived, soul music had come out of the other side of the disco boom and was merging the grooves of the dance floor with a romantic, easy sensuality that built on the "quiet storm" soul of the mid-late seventies. Soul also fused regularly with jazz in this period and artists like Vandross and George Benson were immensely popular. Gone were the militant messages of the early seventies, this was aspirationally-linked music that led from a swish, classy, air-conditioned dancefloor to an equally sumptuous deep-pile carpeted bedroom. It is certainly not the music of the ghetto or of drug dealers and pimps - this was bona fide moneyed, uptown stuff. It is not surprising that the independent, assertive, emancipated women of the eighties lapped this stylish material up.

Although it was from the summer of 1981, this was a world away from the new wave, post punk, two tone or new romantic fare that was everywhere else at the time.

Never Too Much is a funky soul classic, driven on by that irresistibly catchy guitar line and a slap bass riff that must have inspired Level 42. Then there is the soaring chorus and Vandross's honey sweet, crystal clear voice.

Sugar And Spice (I Found Me A Girl) is a brassy, dancey groove enhanced, (it now goes without saying), by Vandross's syrupy but punchy vocals.

Don't You Know That? is a late night smoocher with Barry White-style lover's lyrics sung over a deep, bassy but seductively rhythmic backing. As opposed to White's output, it was the bass that was important here - there were no sweeping strings. The strings were subtle on these recordings and a light funky guitar was usually found too.

I've Been Working is a solid serving of smooth funky soul featuring another sensually deep bass and some winning percussion. Vandross proves he is more than just a smooth balladeer and that he can cope with a grittier groove. I am always praising bass lines in my reviews so I will stick to type and do it again. Talking of which, grab an earful of the bass intro to She's A Super Lady - magnificently funky. Then the brass kicks in and we are treated to a Chic-esque example of what early eighties soul was all about. The "a-ha-alright" backing vocals are very typical of the era and the sophisticated post-disco genre. The bass is back for a killer solo, mid-song, too.

You Stopped Loving Me is a fine, beautifully polished-sounding ballad and the album ends with a cover of Dionne Warwick's A House Is Not A Home is delivered with a gorgeous slow dignity. This largely upbeat album ended with two slowies, but the character of it was mainly a vibrant one.

What an odd look Luther gives us on the cover though. He looks much better below pictured with Roberta Flack. 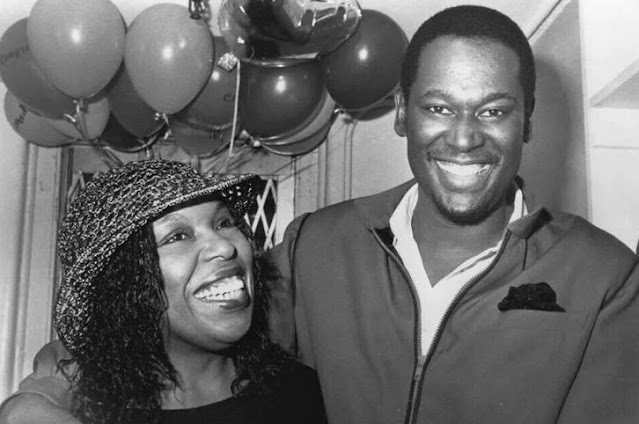