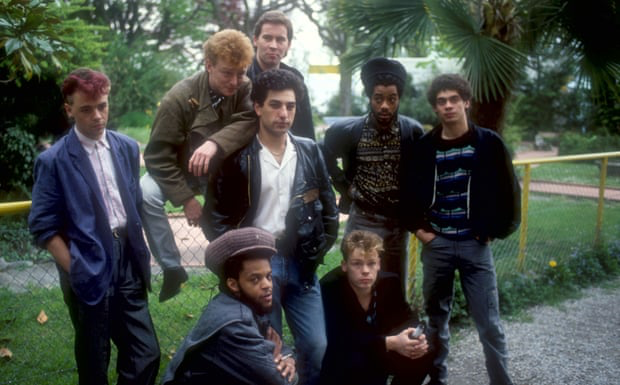 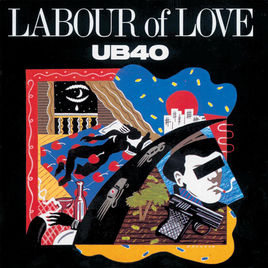 UB40 have always suffered from something of a credibility problem - some people perceiving them as not being “real reggae” and so on. Never mind that, the band were obviously true reggae aficionados and they kept the faith and helped to introduce reggae to those who may not otherwise have listened to it. Fair play to them. This is a good album of commercial reggae, end of story. It hasn’t been remastered but the sound is still big, bold and bassy, as it should be.

The covers are of a high standard - Eric Donaldson’s Cherry Oh Baby, Bob Marley’s rootsy but vibrant Keep On Moving, Winston Groovy’s lovely Please Don't Make Me Cry, Jimmy Cliff’s iconic ballad Many Rivers To Cross and, of course, Tony Tribe’s evocative Red Red Wine. All singalong stuff immaculately played.
The staccato She Caught The Train is appealing and The Slickers' iconic Johnny Too Bad is given a memorable makeover that still stays respectful to the wonderful original. This version enhances the song with a killer keyboard riff.
Not forgetting either the dubby Version Girl or the saxophone/spoken vocal of Guilty. My own personal favourite has always been The Melodians’ Sweet Sensation. The wonders of digital music have allowed me to program a Labour Of Love of the originals. Despite that, I still return to this one and Ali Campbell’s unique, unmistakable voice. 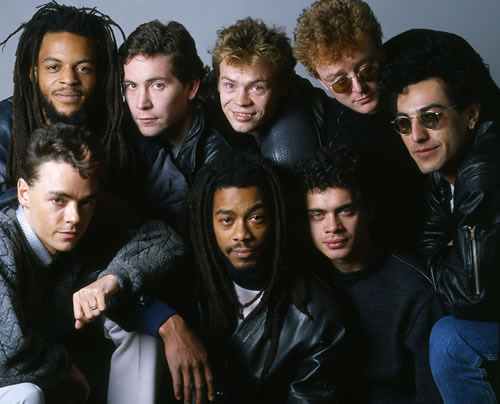 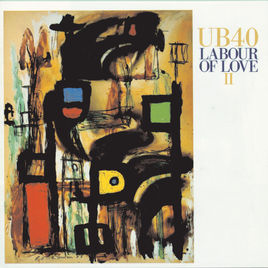 Released in 1989, I love this album, possibly even more so than the wonderful Labour Of Love 1. It is full of atmospheric covers of reggae classics delivered by Ali Campbell’s unique voice. Despite never having been remastered the sound is still good. I lived in Moseley, Birmingham, at the time and it is so evocative of that part of the city.

Highlights for me are their versions of Lord Creator’s Kingston Town; Honey Boy’s Sweet Cherrie, Smokey Robinson’s The Way You Do The Things You Do; a superbly bassy, toasty take on John Holt’s Wear You To The Ball and The Kingstonian’s Singer Man.
Tears From My Eyes and the laid-back but catchy Groovin' are both most attractively covered while Wedding Day and Impossible Love are sweet, soulful hartbrreakers. Homely Girl is lovely too.
Here I Am Baby (originally done by soul legend Al Green) is a great brassy opener and Ken Boothe's Just Another Girl is a sad serving of embryonic lovers' rock.
John Holt's Stick By Me is an instantly infectious one while Baby has a hooky, staccato drum beat.

Just a very pleasurable album. Also fun is to search out the originals and make a “Jamaican Labour Of Love” playlist. The originals can't be beaten, to be honest, but UB40, as was their habit, treated the material respectfully and all the covers are more than acceptable. They grew up with these songs and their love for them comes over loud and clear. 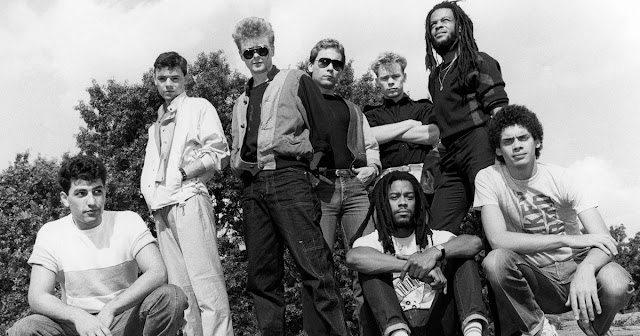 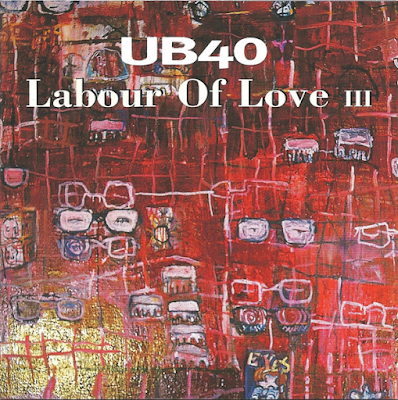 After two very successful Labour Of Love albums of reggae covers, this was the third UB40 released in the series, and was nowhere near as successful. What it is, though, is more eclectic, obscure and rootsy. There are dancehall and lovers rock sounds in there too. It is actually an underrated album, although it has never been given much credit, critically.

Holly Holy, while a second Neil Diamond cover after Red Red Wine, is more inspired by the reggae version of it done by The Fabulous Flames in the "skinhead reggae" era of the early seventies.
It's My Delight has a lively, dancehall-style beat and a quirky keyboard solo bit. Come Back Darling was a minor hit, featuring a huge bass line, great horns, dancehall digitally-programmed percussion and a classic, yearning Ali Campbell vocal.
Never Let You Go is a bouncy, horn-driven stomper in which the brass overwhelms the skank somewhat. Bob Marley & The Wailers' Soul Rebel is one of the best cuts on the album, with a great vocal from Astro and a real atmosphere to it, which captures the essence of Marley's original.

My Best Girl is a soulful slow groove with crystal clear percussion and another excellent Campbell vocal. The Ethiopians' Good Ambition is upbeat and melodic, although its nineties-style beat dominates a bit.
Ken Boothe's Train Is Coming has a big, thumping, infectious beat and the same uplifting feel of the original. Blood And Fire is a roots reggae classic from the mid seventies. It is given a deep, heavy nineties makeover here, but retaining its righteous feel and toasting vocals.
Mr. Fix It is a smoochy ballad with a bit of a country feel to it, certainly to its vocal and melody.

Stay A Little Bit Longer is a poppy skank. Unfortunately, as this album was recorded in 1998, the drums are quite programmed in places. I would have preferred an authentic "one drop" reggae drumming style, but reggae had gone digital by now, so it was in tune with the contemporary trend.
Someone Like You has some deep, bass grooves behind its romantic ballad tones, particularly near the end of the song.
Time Has Come is another with a sonorous dancehall/ragga beat although its vocal is light and appealing (not sure if it is Campbell, I think it is one of the others). It ends with an extended bit of contemporary reggae.

Ken Boothe's seventies hit, Crying Over You is a nostalgic one for me with some nice dubby parts and there is some more credible roots material on the cover of Peter Tosh's Legalize It. Bizarrely, after five minutes, the song ends, only for the sound to come back on a few minutes later with the sound of someone loudly snoring! Just in case the album had sent you to sleep. As it is, it is a good listen, better than many say it is. 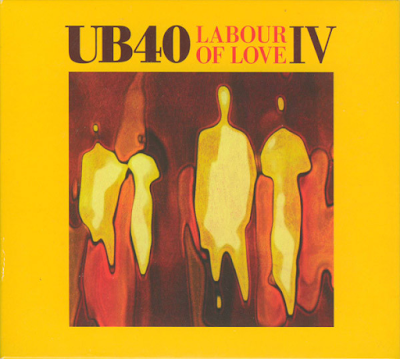 This was the fourth in UB40's Labour Of Love series of classic reggae covers, and the first recorded by UB40 Mk. II, the line-up with Duncan Campbell on vocals in place of brother Ali, who left the band acrimoniously and formed another version of UB40. Duncan's voice is very similar to Ali's but not enough that one cannot differentiate between the two. It is probably slightly the worst of the four albums, not particularly because of the band line-up change, but more because of the choice of material. Personally, I am sure they could have found a couple more original reggae numbers to cover as opposed to The Tracks Of My Tears and Bring It On Home To Me. Having said that, though, the latter has a really infectious groove to it.

Otherwise, in contrast to the more rootsy Labour Of Love III, this is a more melodic, laid-back collection.

Highlights are the soulful vibe of Ken Boothe's Don't Want To See You Cry, Theo Beckford's vibrant skank in Easy Snappin', a solid version of Hopeton Lewis's Boom Shacka Lacka, Johnny Nash's infectious Cream Puff and a version of Get Along Without You Now, which owes far more to The Melodians' reggae version than Viola Wills' disco soul number.

The sound quality is excellent and the songs are delivered in the now familiar UB40 style - punchy horns, classic reggae keyboard riffs and rumbling bass. It is an eminently listenable album. If you like the other albums, you should like this one, unless you are taking sides in the UB40 split thing. I listen to both incarnations of the band and enjoy them equally.