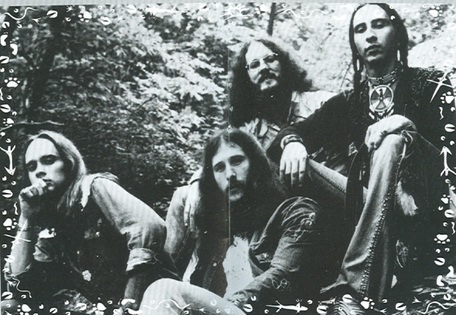 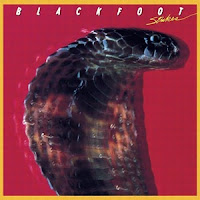 Blackfoot were from Florida and were notable in that singer/guitarist Ricky Medlocke was of Lakota Sioux and Blackfoot ethnicity, Two other members were of Cherokee and Cree origin. This is a fine rock album from 1990. . Medlocke has had a couple of spells as part of Lynyrd Skynyrd so it not surprising that some of their influence is present in this band's Southern rock sound. For me, though, their influence comes just as much from British blues rockers Free.

Road Fever kicks the album off in great rocking fashion, full of soaring riffs, drums and a classic rock vocal. It is simply fine. powerful kick-ass, blow the cobwebs away rock of which there is always some room for. A groovy, catchy drum intro takes us into the Free-esque I Got A Line On You. Once more, the riffage is great as is the powerhouse lead vocal. Rock-wise, everything about this track is perfect. a classic of its genre. Left Turn On A Red Light is even more like Paul Rodgers and Free in its majestic slow bluesiness. Check out that huge guitar and drum sound when the song kicks in.

Pay My Dues continues the blues rock vibe on a muscular number and the Bad Company-influenced Baby Blue brings us more Free riffs and vocals. Talking of Free, up next is Blackfoot's superb cover of Wishing Well. It is so good, it almost matches the peerless original.

Run And Hide is a solid, mid-pace rock ballad that, for some reason, doesn't sound as loud as the rest of the album's material. Train Train has the reassuring thump back, however, on a blistering serving of upbeat, chunky blues rock. The album's tour de force was the seven minute-plus guitar-driven Highway Song, complete with Free Bird-style extended instrumental ending. Fantastic guitar on there. If you like a bit of bluesy, heavy-ish but accessible rock then this will not disappoint.


Family were a band that slipped under the radar a bit in the early seventies, but they were one of those hard-drinking but hard-gigging outfits that seemed to garner a lot of industry respect and inspired considerable loyalty from their fans. The band were from Leicester and the lead singer was the gravel-throated, whisky and roll-ups-voiced Roger Chapman. He was an underrated vocalist as too was guitarist Charlie Whitney.

I remember hearing this grteat serving of bluesy rock back in the autumn of 1972 and thinking 'this is the sort of band I ought to be getting into', feeling they would give me some sort of credibility as moved through my early/mid-teens. I duly taped their follow-up single, the gentle, dreamy and folky My Friend The Sun, and, although I pretended to like it, in reality I found it wishy-washy back then. I wanted more of the riffy, blues, down and dirty rock of Burlesque, I'm afraid. I didn't get it and so ended my brief flirtation with Family. It still doesn't take anything away from the fact that Burlesque was an absolutely stonking rock single, with its killer riff, Free influences and gritty, earthy vocal about the charms of Rita and Greta, Chapman's companions on his druknen bar-room night as detailed in the lyrics. Just put this track on and the intro gets you from the very beginning as we all head out west - destination burlesque.
** The 'b' side is an average, upbeat rocker, The Rockin' R's, about an old rock 'n' roll group that I don't know too much about, but Chapman and Whitney were clearly fans of, as the song talks of going into a record shop and hearing them. 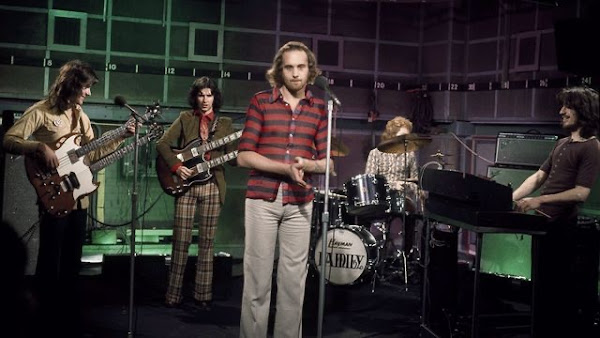