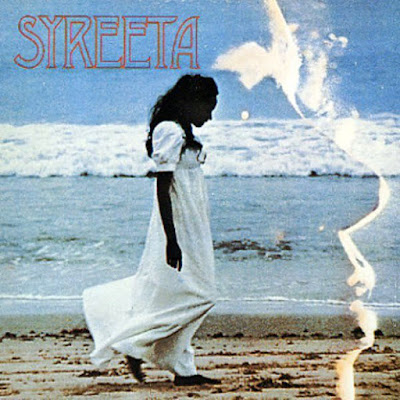 In 1972, Stevie Wonder divorced his wife Syreeta Wright (or maybe she divorced him) and then promptly collaborated with her on writing, playing on and producing her first album. Some critics prefer her second album, but for me it is this one that is the superior product. Wonder adopts the 'play most of the instruments myself' approach that his parallel album, Music Of My Mind, utilises. The sound is instantly recognisable - that 'home-grown' drum sound in particular.

I Love Every Little Thing About You appeared, of course on Stevie Wonder's Music Of My Mind, and is covered here in typical Wonder style - lots of clavinet, funky cymbal work, wah-wah guitars, all helped by Syreeta's versatile voice. It is a convincing and nicely funky version, making for a good, lively start to the album.

Black Maybe sees the pace slow down completely on an aware and soulful ballad. Keep Him Like He Is is a rhythmic, syncopated but slow-ish Wonder composition, featuring some funky guitar backing together with a dreamy string orchestration while Wright's gentle ballad Happiness is a pleasant, subtly-backed number that builds up to an uplifting, gospel finish.

Beatles covers were a common thing on Motown albums from the mid-sixties onwards and Paul McCartney's She's Leaving Home is done acceptably - Syreeta's voice suitably moving and Wonder using his "talk box" sound affects thingy to add something different. What Love Has Joined Together is a Smokey Robinson song given a funky but heavily-orchestrated Wonder makeover.

How Many Days is a quiet Wonder ballad featuring a backing and vocal delivery typical of its era. Baby Don't Let Me Lose This is a synthesiser/drums/bass backed, very Wonder-esque upbeat number and the final song is a fine duet between Wonder and Wright on To Know You Is To Love You. It has a captivating, high quality rhythmic backing. It is arguably the best track on the album and would have enhanced Music Of My Mind no end. As I said earlier, I prefer this album to its follow-up, finding it more of a smooth, ambient listen. I’m Goin’ Left/Spinnin’ And Spinnin’/Come And Get This Stuff/Your Kiss Is Sweet/Heavy Day/Cause We’ve Ended As Lovers/Just A Little Piece Of You/Waitin’ For The Postman/When Your Daddy’s Not Around/I Wanna Be By Your Side/Universal Sound Of The World
This was Syreeta Wright’s second album, from 1974, and it is full of songs written with ex-husband Stevie Wonder, and in that respect it is a quite similar album to Wonder’s Talking Book. It is probably a closer cousin, though, to the more experimental Music Of My Mind, however, in its slightly un-cohesive feel. After a promising first side, the album loses it a bit, considerably, on the old side two. I will give it the benefit of the doubt, though, and accept that it may be an acquired taste. Indeed, a few listens helps somewhat in this respect.
I’m Goin’ Left is a robust, chunky funker of an opener before we get the two hits - the airy, dreamy, quirky soul of Spinnin’ And Spinnin’ and the blatant, strident, singalong pop of Your Kiss Is Sweet. After these two is the solid, bassy funk of Come And Get This Stuff. This is my personal favourite on the album. Incidentally, it was originally writen for Chaka Khan for use with Rufus, but she preferred the equally funky, Wonder-penned Tell Me Something Good instead.
Heavy Day is a beautiful slow number with lots of Stevie Wonder influence all over it. That influence continues on the gentle, romantic strains of Cause We’ve Ended As Lovers. These two are both really appealing, attractive, lovely songs. Just A Little Piece Of You is more seductively upbeat, with that typical ‘home-made’ chunky Wonder drum sound most prominent and a great bass line. Syreeta sounds like Diana Ross on this one.
Now here is where it all goes a bit awry as the album briefly goes all ‘concept’ for a few minutes, most unadvisedly, and it sort of spoils the whole feel - Waitin’ For The Postman is a short, cacophonous oddity and the bizarre When Your Daddy’s Not Around even more so. They are both totally unnecessary inclusions. Thankfully, the quality returns on I Wanna Be By Your Side, a strong duet with G.C.Cameron.
Unfortunately this odd diversification has made the album sound a bit indulgent. Universal Sound Of The World also redeems things a bit, but I can’t help but feel this album was a bit of an over-reach on Wonder and Wright’s part, because it is a bit of a mess in places, for me, anyway. I am not sure what they were trying to achieve at times. The next album would not appear for over two years but it was a better one, for me at least. 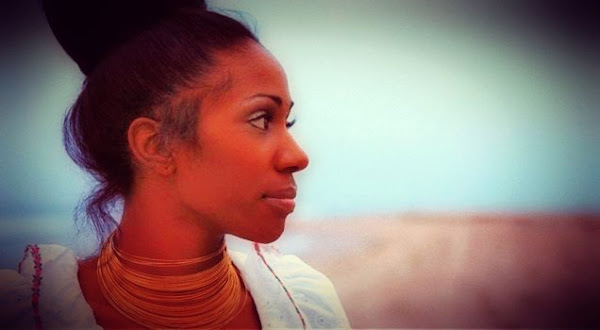 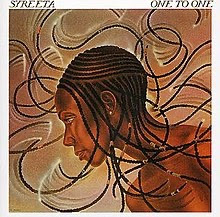 Stevie Wonder, Syreeta Wright's ex-husband and long-time musical collaborator, had a hand in the production of this immaculately-produced 1977 serving of sweet, funky-ish in places, but generally smooth and relaxing soul. Also involved was her second husband, Curtis Robinson, Jr. That must have been fun in the studio. Maybe Stevie didn’t mind. Obviously not.

One To One is a very Stevie Wonder/Detroit Spinners-esque upbeat number that I am sure has Michael Jackson guesting on vocals although I could be wrong, but Syreeta address a "Michael" towards to end of the song and it sounds like him on the backing vocals. Listen - I am convinced it is him.

I Don’t Know has a great bass line, a gospelly feel and some superb, cookin’ saxophone from Gary 'Music Is My Sanctuary' Bartz. Check out the bass/drum/congas/vocal interplay near the end too - this is a delicious piece of effortlessly groovy seventies soul. Rest Yourself is a peaceful, slow burning, unthreatening workout that you sense singers like Syreeta could cope with in their sleep.

I Too Am Wanting is a late-night slice of sensual, sleepy soul, enhanced near the end by some seriously impressive falsetto from Syreeta. Tiki Tiki Donga is an infectious, African-influenced rhythmic number, featuring some great bass, wah-wah guitar and percussion. It is extremely funky in places too and is one of the album’s highlights for me. Don’t Cry sees a return to the bedtime vibe with another smoocher.

Strangely, Syreeta’s summer of 1975 hit, Wonder’s Harmour Love appears, apparently at the last minute, as its summery, semi-reggae acoustic/bass rhythms and poppy melody sits most incongruously with the rest of the album. I still really like it, though, and its joyous sound brings back memories of that summer (I had bought the single).

This all-too-short album ends with a pleasant semi-instrumental version of One To One, which sort of gives you the impression they had run out of material somewhat. 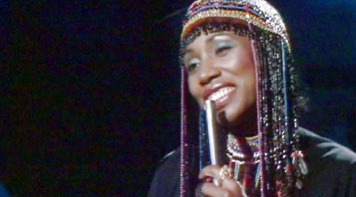