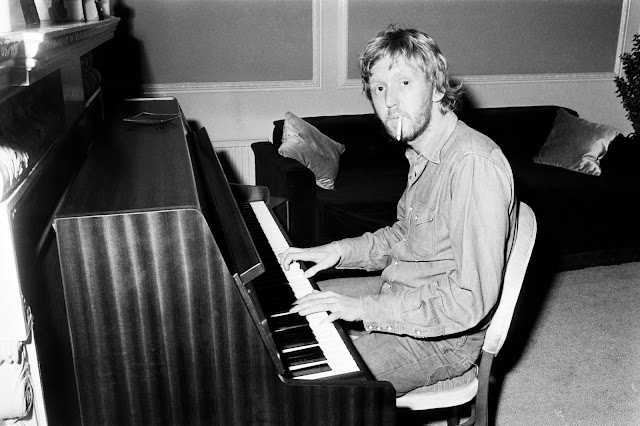 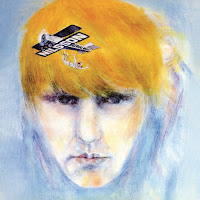 Before proceeding to examine his break-through album in more detail, I will briefly mention this, Nilsson's second album, which contained his second most famous and much-covered song in Everybody's Talkin' as well as several quirky, infantile (Little Cowboy is awful) but generally very appealing numbers alongside some blatantly Beatles-influenced (particularly Lennon) ones, such as Mr. Tinker, Mr. Richland's Favourite Song (on which he sounds so like Lennon, referencing "the walrus" too) and the slightly irritating Daddy's Song. Put I Said Goodbye To Me in there with those as well.

The likeable song in praise of his desk, Good Old Desk, is very McCartney-esque but it was Lennon who was the real influence, though, and their friendship began around here. Together is a lovely, melodic ballad too. I really like that one. The fetching The Wailing Of The Willow sounds almost Samba-like but the album's afore-mentioned big hit, though, stands out way above the rest of the album, and rightly so.
Nilsson Schmilsson (1971) 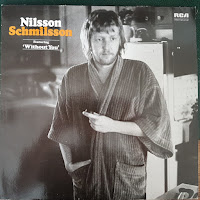 This album was one that, back in 1971-72, a friend of mine’s elder brother owned and I would also see it as I flicked through sleeves in the record shop, looking for Slade and T. Rex. Apart from the big hit single that everyone knows, I have to admit to knowing nothing much about Harry Nilsson, other than that he liked a drink or two and was mates with John Lennon, Ringo Starr and Elton John (I think). It is not surprising, therefore, to see Lennon’s old mucker Klaus Voorman on bass and other early seventies alumni such as Herbie Flowers, Chris Spedding on duty, along with appearances by Caleb Quaye, Bobby Keys and Jim Webb.
Gotta Get Up is a punchy, brassy number that has echoes of Billy Joel about it, for me, while Driving Along is short, lively and very McCartney-esque. Early In The Morning is a blues cover and is done well, with an impressive vocal which sees Nilsson ad-libbing about a waitress saying to him ‘Harry You Sure Look Beat’. The song is a little gem, with a great vibe to it. The plaintive, gentle tones of The Moonbeam Song is very Lennon-esque, both melodically and lyrically. Even more so is Down - every thing about it screams Lennon to me.

The afore-mentioned hit is, of course, the sublime number one Without You, with its sweeping Paul Buckmaster strings. The other song I knew from the album is the slightly irritating but strangely infectious Coconut. Nilsson had a bit of a wit about him and he displays it here as he repeatedly asks for his bellyache to be cured, giving full instructions about putting lime in coconuts. Actually I also know Let The Good Times Roll, largely because of Slade’s barnstorming 1972 cover of it. Nilsson’s version is slower and bluesier but no less appealing.

The album’s high point is the insistent, brooding bluesy rockout, Jump Into The Fire, which well and truly kicks ass. It reminds me of David Bowie’s Unwashed And Somewhat Slightly Dazed in places and it features some seriously good guitar too. And, a great drum solo backed up by some rumbling Voorman bass runs. I didn’t realise Nilsson could rock like this. Great stuff all round. 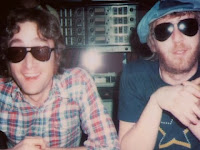 In complete contrast is the closer, the maudlin I’ll Never Leave You which sort of ends the proceedings in a slightly understated fashion. The track suffers from too much orchestration for me. This is nit-picking, though, as this is an enjoyable album, but I cannot help but feel it is a bit like a Ringo album. His 73-75 offerings, Ringo and Goodnight Vienna are quite similar, I feel. Nothing wrong with that, though, I like those albums. People say this was Nilsson’s most cohesive work, listening to it, I can understand that. The sound quality is excellent too. 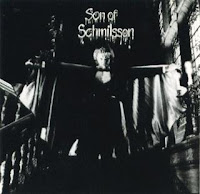 The odd talent that was Lennon, Elton John, Harrison and Ringo's oddball mate Harry Nilsson produced another schizophrenic album here, one that is full of track-to-track differences in music, lyrics and overall ambience. I can never quite make my mind up as to whether he was a genius or just a drink-addled idiot. I think I'll stay somewhere between the two.

The album is virtually impossible to analyse, so  won't try, suffice to say that the people who bought this and made it a gold record must have been perplexed by it. It remains one of music's most bizarre successes. It contains several incongruous (for 1972) profanities too - "fuck you" Nilsson brazenly proclaims at one point.

Take 54 is a rocking T. Rex meets John Lennon romp with some energetic saxophone from Bobby Keys that sounds straight out of George Harrison's All Things Must Pass. Ringo is on drums here, as indeed he is on five of the album's tracks. Other alumni include Nicky Hopkins, Chris Spedding, Klaus Voorman and a yet to come alive Peter Frampton. Remember (Christmas) is a solemn piano and light strings ballad. Harry goes mock-country on the idiosyncratic Joy. It is vaguely amusing, but pretty irritating too. Turn On Your Radio is quietly beautiful in its own way. The very Lennon-esque You're Breakin' My Heart contains the afore-mentioned "fuck you" line. Spaceman taps into the contemporary obsession with space on an Elton John-ish and appealingly chunky number. The Lottery Song is pleasantly melodic too.

At My Front Door rocks superbly in an enthusiastic fashion. It sounds like the sort of stuff that would appear on Ringo Starr's subsequent solo albums - all parping saxophones and pounding drums. The moody and atmospheric Ambush is one of the album's best cuts.

The album takes a dip with the last two tracks -  I'd Rather Be Dead is darkly humorous but not exactly listenable and neither is the cod-calypso of The Most Beautiful World In The World that sees Nilsson seeming to sing in a Louis Armstrong voice. Hmm. Embarrassing. The "so long folks" at the end is very Lennon too. A bizarre end to a bizarre album but one that is not without its occasional high points.

I have also dabbled in the three albums featured below which were made up largely of covers. The first one is just a downright odd "concept" album.The second is comprised of easy listening standards and doesn't do much for me, if I'm brutally honest. I find the third one more quirkily interesting and appealing.  Most critics take the opposite view though - what a surprise.
Anyway, the albums in question are The Point (1970); A Little Touch Of Schmilsson in the Night (1973) and ...That's The Way It Is (1976)
Related posts :-
Email ThisBlogThis!Share to TwitterShare to FacebookShare to Pinterest